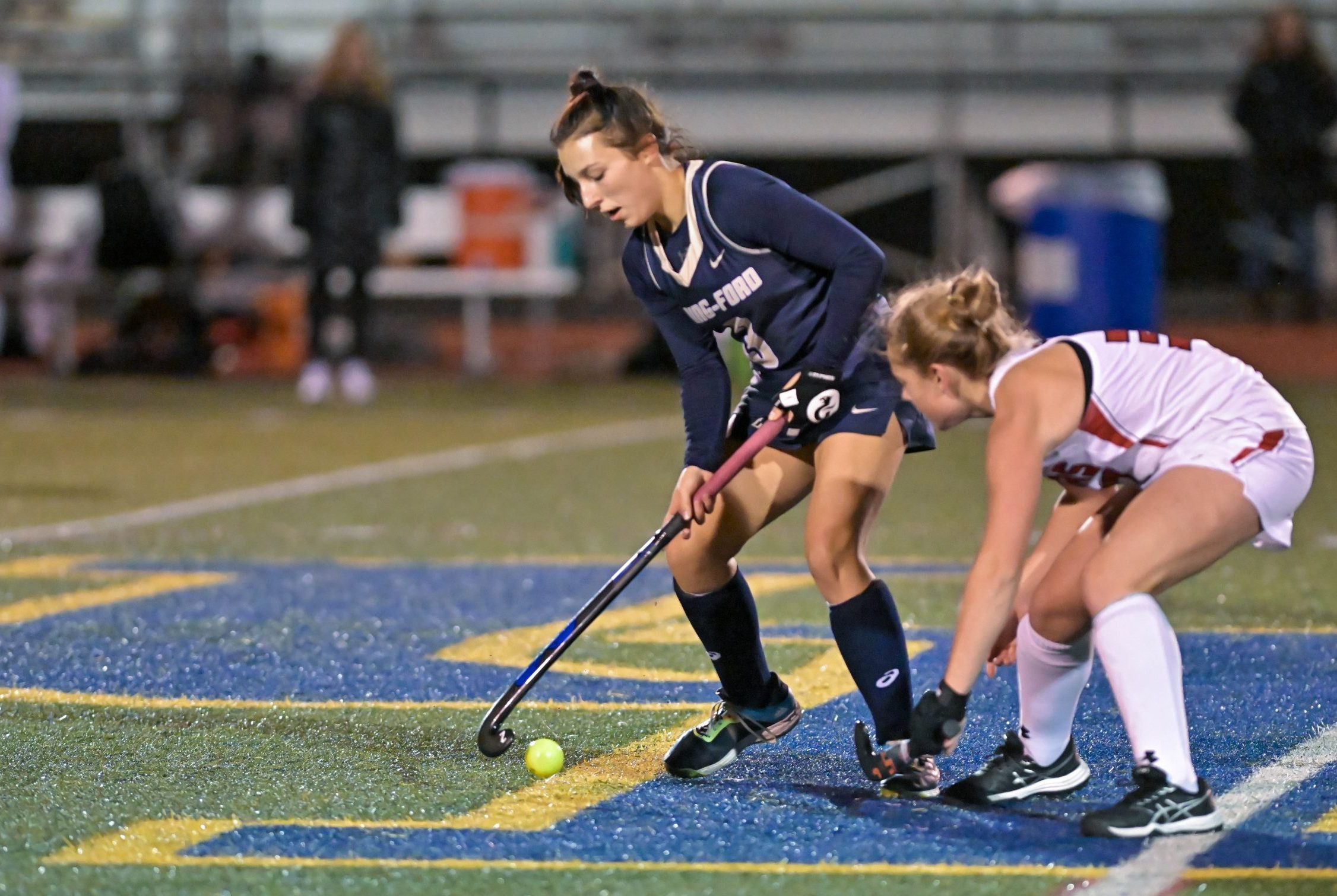 Spring-Ford's Marissa Cagliola had a goal and an assist in a 3-2 win over CB West Friday. (Courtesy MJohn McConney)

No. 18 seed Spring-Ford’s postseason surge continued Friday with a 3-2 victory over No. 7 Central Bucks West in a District 1-3A quarterfinal that earned the team a PIAA tournament berth.

A strong close to the third quarter catapulted the Rams. Marissa Cagliola tallied at the 3:03 mark, then set up Hailey Mozi’s score with :13 remaining in the frame for a 3-1 lead.

Calista Boos got West within a score on a stroke with 7:32 to play but Spring-Ford goalie Katie McCreary didn’t allow another score, finishing with six saves.

Spring-Ford advances to a semifinal meeting with No. 3 Downingtown West on Tuesday, Nov. 1.

It is Spring-Ford’s first state playoff berth since 2011.

No. 4 seed Great Valley got the game-winner in overtime to take down No. 5 Methacton in a District 1-3A quarterfinal Friday afternoon.

Methacton (17-4) led at the half on a goal by Nicole Uebele, assisted by Elise DeWan but couldn’t solve the Patriots thereafter.

Methacton drops into playbacks for one of District 1’s seven PIAA tournament places.

Spring-Ford advanced to the PIAA team tournament semifinal for the third straight season on Friday at Hershey Racquet Club.

The Rams defeated New Oxford (District 3) in the quarterfinals, 4-1. Mia Matriccino and Caitlyn Krause were straight-set winners at Nos. 1 and 3 singles, respectively. Spring-Ford also didn’t drop a set in doubles with Chloe Moore and Alexis Luo 6-3, 7-5 winners at No. 1 doubles while Katie TIffan and Ayushi Jain won 6-4, 7-5 at No. 2 doubles.

Spring-Ford defeated District 11’s Parkland 3-2 in Easton on Tuesday to qualify for the final weekend.