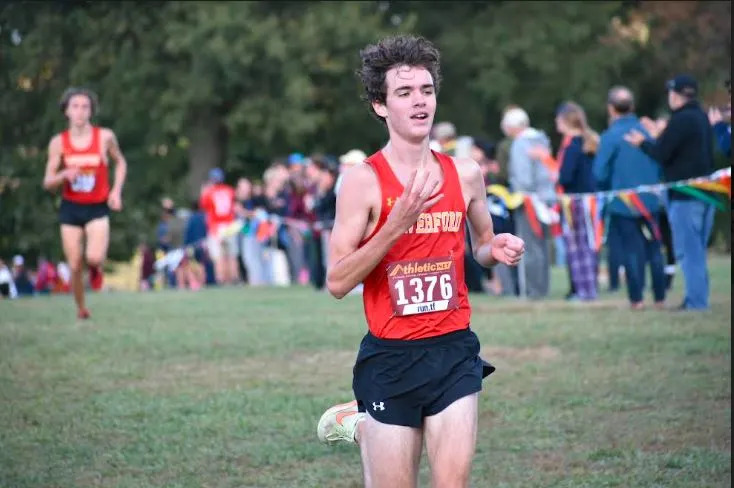 It was quite the day for Delco at the District 1 cross country championships at Lehigh University Friday.

Sacred Heart won the girls Class A title. Penncrest finished second in the boys Class 3A race. The Haverford boys and girls teams were the only school to qualify both squads as a team for the PIAA championships in Class 3A.

Cieslak took second in the girls Class 3A race in 17:41.4, less than three seconds behind overall winner Ella Woehlcke of Mount St. Joseph. McGeehan placed fifth in 17:51.7 to help the Fords finish fourth in the team competition. The top six teams advance to the PIAA championships. The top 30 individuals not affiliated with the qualifying teams also advance to the state championship meet. Kelly Murray (52nd, 19:49.5), Ryan Dankanis (65th, 20:02.2) and Mackenzie Gillespie (85th, 20:19.7) rounded out the top five scorers for the Fords.

In the District 12 championships Thursday at Belmont Plateau, Archbishop Carroll’s Michael Glavin was the boys Class 2A winner with a time of 17:01.6. Collin Gross (12th, 19:22.9) and Eric Dougherty (14th, 19:30.0) of Bonner & Prendergast also qualified for the PIAA championships.

David Knox scored on a free kick in the first half to open the scoring. Eddie Jones added an insurance goal off an assist from Ryan Sewell.

Kate Dente converted a pass from Avery Le in the second half to give Episcopal Academy a 2-1 Inter-Ac League triumph over Penn Charter.

Maya Bright tallied the first goal for the Churchwomen off an assist from Ava Roberts.