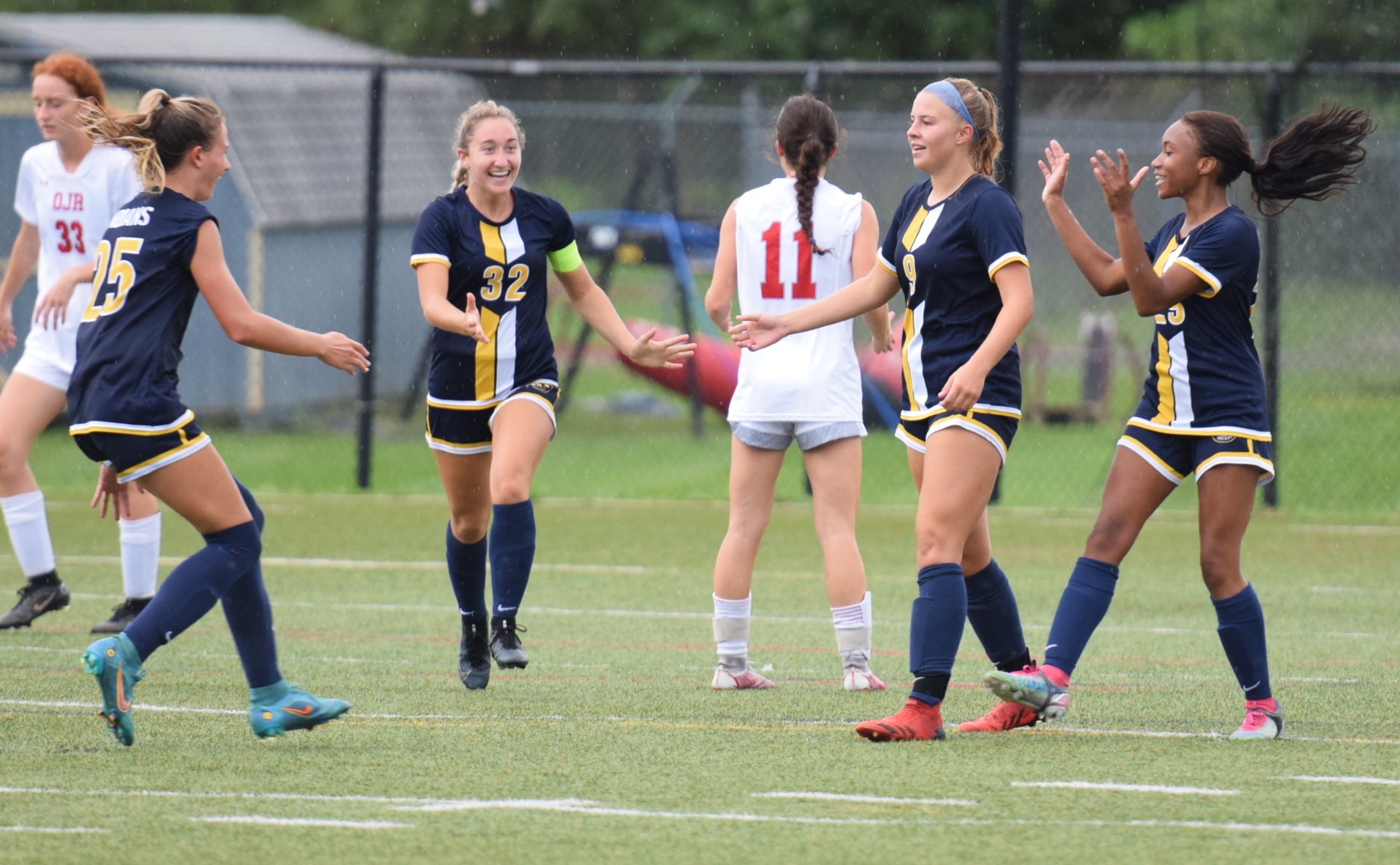 The girls’ final follows the boys’ final between Upper Perkiomen and Owen J. Roberts at 5 p.m.

Here’s a breakdown of the matchup:

Head-to-head >> The two teams have not met this season. Their most recent matchup was on Sept. 21, 2021, a 3-1 victory for Upper Perk. Sarah Fisher (2) and Sara Edwards supplied the scoring for UP.

Road to the final >> Upper Perkiomen benefitted from an early goal and used a stout defensive performance to shut down Spring-Ford, 2-0, in Tuesday’s semifinal … Perkiomen Valley scored two goals in a six-minute span in the middle of the first half en route to knocking out two-time reigning champion Owen J. Roberts, 3-0.

PAC playoff history >> Upper Perkiomen is chasing its first PAC title since its lone crown in 2008. It’s their 11th trip to the Final Four with three resulting in reaching the title game, 2008 and 2021, 2022. … Perkiomen Valley played in the PAC semifinals for the first time in program history on Tuesday. It’s seeking its first conference title.

Upper Perkiomen at a glance >> Winning teams need to find a way to keep their edge. Upper Perk played with a chip in the semis against a Spring-Ford team that was the only one to keep it off the scoreboard so far this fall. They won’t need to search far for an edge Thursday. Winning the title they were denied in 2021 will be reason enough. The collectivism is right for head coach Mike Freed’s bunch, a group that’s played together for years and knows its roles as well as any team you’ll find. Upper Perk’s attack does a great job sharing … a name for starters. The front three consists of top-scoring junior Sarah Fisher and senior Sara Edwards, plus sophomore Sarah Straup. The midfield trio features senior captains Mary Kate Sitko and Kyra Lesko, and junior Megan Cairns, who had the game-sealing goal in the semifinals. The defensive four of sophomore Elyse Kreiner, senior Lauren Powers, senior Erin Edwards and junior Elizabeth Proctor shields sophomore first-year starting goalkeeper Ava Long. That unit has allowed only 14 goals this season.

Perkiomen Valley at a glance >> It’s all new territory for the Vikings after Tuesday’s semifinal that was their first PAC playoff win ever, and a record-setting win for wins and shutouts in a season for the program. The team that was pegged to be one to watch in the preseason has made the believers look good. Perk Valley’s senior group is led by captains Dorothy Chesshire, Emma Stankunas and Lily Tremba, who will miss the final after suffering a broken collarbone on an indecent tackle in the final seconds of Tuesday’s 3-0 win. Senior attacking midfielder Nicole Bottomley-Lytle does major two-way work and is joined in the midfield by steady senior Maddie O’Donnell, and juniors Rain Boyd, Mia Milleo and Gianna Corropolese. Freshman Giavanna Marciano shined at striker against OJR and fellow fleet-footed junior Ashley Pickles had a goal off the bench. Stankunas pairs with Madison Lindsay in the center of defense. The duo is flanked by senior Annabelle Booker and Haley Moyer. Junior Olivia Hulayew handles goalkeeping duties.

Matchup and prediction >> No regular-season meeting makes the all-Perkiomen championship game tougher to prognosticate. There’s senior-heavy teams who both believe it’s their time. There’s scoring potential both ways. Fisher is the most accomplished finisher and teammate Sarah Edwards’ record isn’t far behind for UP. Then there’s the pace and potential of PV’s Marciano and Pickles, both of whom can fly, while Bottomley-Lytle has a nose for goal. The midfield battle looks even on paper thanks in part to the control displayed by their holding middies – the hard-charging Lesko for UP and the positionally-wise O’Donnell for PV – who have different styles but similar results. The defensive records are nearly the same: PV’s allowed 13 goals, Upper Perk 14. Everyone wants to win, but one team needs to win. PV’s has already exceeded all past performances after Tuesday’s emotional dethroning of OJR. Upper Perk did a great job boosting its non-league schedule this year and they’re as ready as they’ll ever be after last fall’s heartbreak. … Upper Perkiomen 2, Perkiomen Valley 1