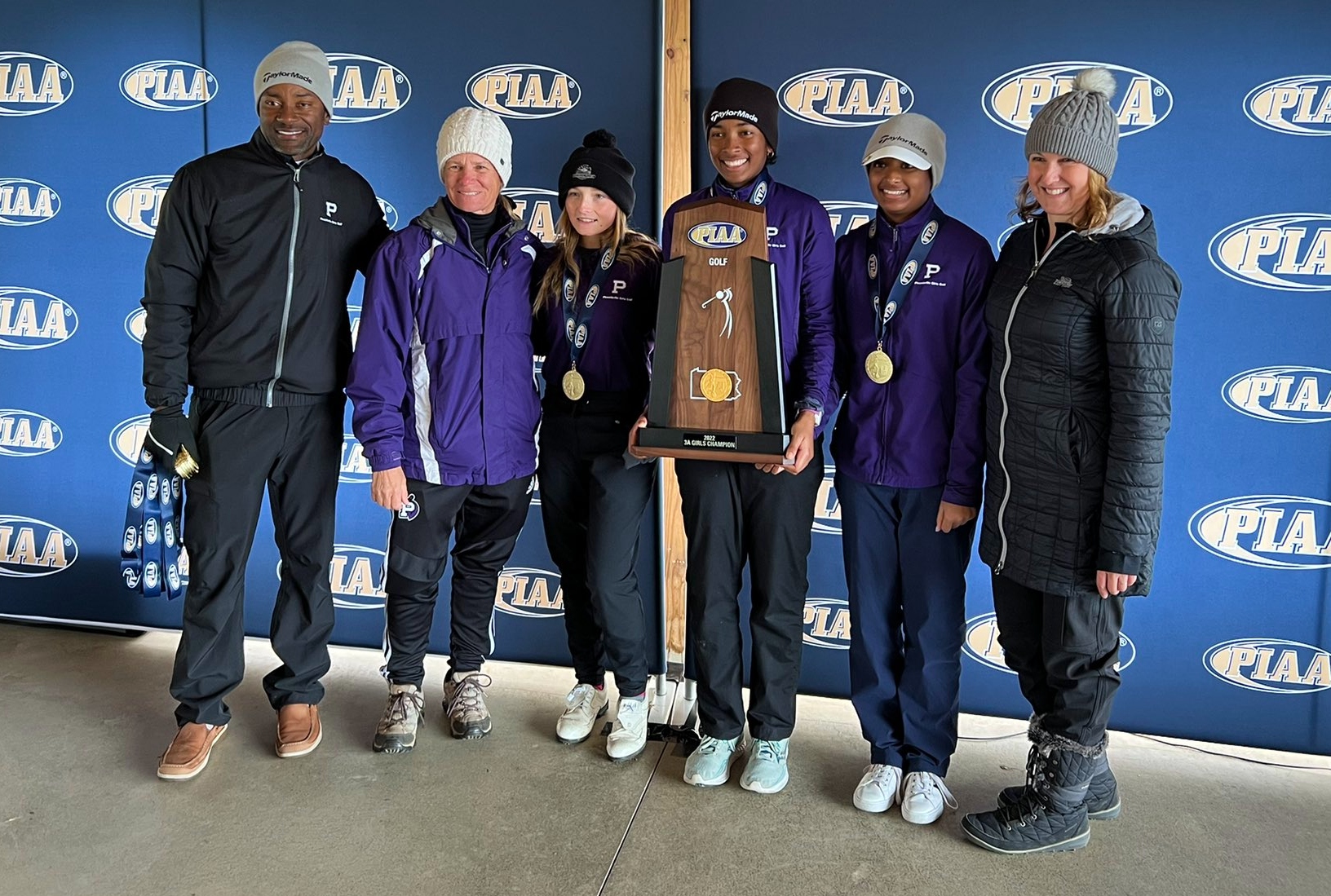 Phoenixville junior Kate Roberts was excited to have her sister, freshman Kayley Roberts, join the Phantoms’ varsity lineup this fall.

Even with such great potential, it would have been hard to imagine how well the season would go – and where it would end.

That conclusion would have the Phantoms’ golfers with the PIAA championship trophy in their hands after winning the girls’ Class 3A team title on Wednesday at the White Course at Penn State University.

Kate and Kayley Roberts posted matching 2-over 74s and senior Mackenzie Thompson shot a 92 as Phoenixville finished with a combined 24-over 244, two strokes better than District 7 champion Peters Township (246).

“I was really excited to have Kayley on the team, but it was definitely even better than I expected,” said Kate Roberts. “Having our third teammate Mackenzie there as well, we all worked so hard for this. It was definitely a really special moment when we found out we won.”

The PIAA girls’ team competition combines the results of a team’s top 3 finishers. The boys championship is top 4.

The Roberts sisters were the co-low scorers in the state team competition, which followed the two-day individual tournament on Monday and Tuesday at Penn State.

“Coming off of the individual (tournament) I was feeling pretty good,” said Kayley Roberts. “You always come into a tournament expecting to win and do your best. To see that my best was second place, that’s pretty cool.

“My performance was really good. That’s the way I expect to see myself play so I was really excited with second place.”

After playing the individual tournament, the Roberts sisters could enter Wednesday with comfort in the occasion.

“Last year at states was my first time playing with a bigger gallery than normal,” said Kate Roberts. “I was more prepared this time to play with a gallery and seeing the crowd and atmosphere of it all.

Kate Roberts played a consistent round with three birdies and five bogeys for her 74. Kayley Roberts was under par on seven holes – she eagled the par-5 10th hole and had five other birdies – but it was offset by seven bogies and a double bogey.

For two sisters who have grown in the game together, team competition is a natural fit.

Though not a 70s golfer like prodigious teammates – few are – Thompson’s contribution was crucial to Phoenixville’s title. The senior played the par 3s especially well Wednesday, recording a birdie on the 126-yard 12th hole and parring the 155-yard 16th.