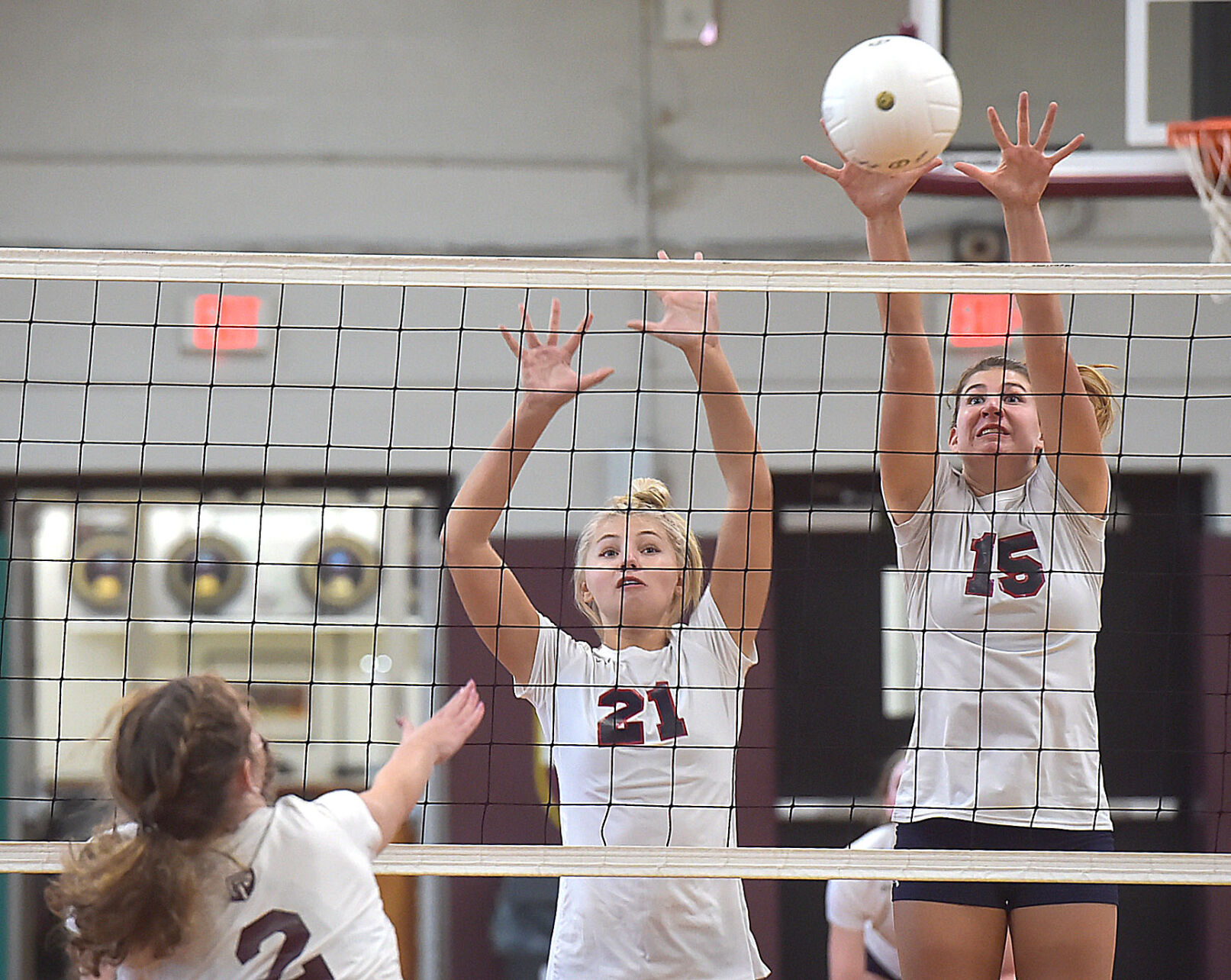 “I told them that was a ‘you-just-grew-up’ match,” said Collins, who is in his 15th season at the Lions’ helm. “And I told them that we played a grade of a ‘D’ or ‘D-‘ in that third set. But we still found a way to win. We scratched and clawed and it was great to see. I think they are starting to understand that I’m a little bit more passionate during Catholic League matches than I ever am during nonleague matches.”

“I definitely agree with what (Collins) said,” junior co-captain Jasmine Sullivan said. The Lions’ top performer racked up 10 kills, three blocks, four aces, 10 digs and 10 assists. “We’re such a young team. To be able to fight back, especially when down by that much … this was a big win for us, especially after we had some close matches that we didn’t win.”

The Lions won the first two sets with relative ease, but the Vikings jumped out to multiple double-digit leads in the third set.

O’Hara went ahead for the first time 23-22 when a Wood player hit the ball into net. The Vikings quickly answered and grabbed a 24-23 edge.

That’s when the freshmen stepped up for the Lions.

O’Hara drew even at 24 on a kill by Maggie Carcillo, then scored the next point on a tip by Kerrigan Patterson in front of the net. On match point, senior co-captain Maeve Brannan recorded a block to clinch the sweep.

“I’ve been trying to focus on being more well-rounded,” said Brannan, who is one of many varsity newcomers. “Even if I can’t do something athletically I’m just trying to keep positive and do whatever it takes to win.”

O’Hara has lost close matches to Germantown Academy, Sun Valley and Bishop Shanahan. For the reigning Catholic League champs, Thursday’s win, while not pretty, could catapult the Lions to greater success.

“We’re young and very inexperienced. Jasmine is the only person who played significant minutes last year. She was on the right side and didn’t get a whole lot of action, but now she’s being counted on,” Collins said. “At times there are three freshmen, two sophomores and a junior on the court. The front row, at one time, they’re all freshmen. One of our setters is a freshman. So we’re still growing.

“Everyone who plays us walks in like they are going to kick our tails because we graduated so many kids. We graduated Bridget (McGuinn), we graduated Sarah (Kelly) and we graduated an outside (hitter), both middles and both setters. The freshmen are getting thrown into the fire and they’ve played great.”

In the Del Val League