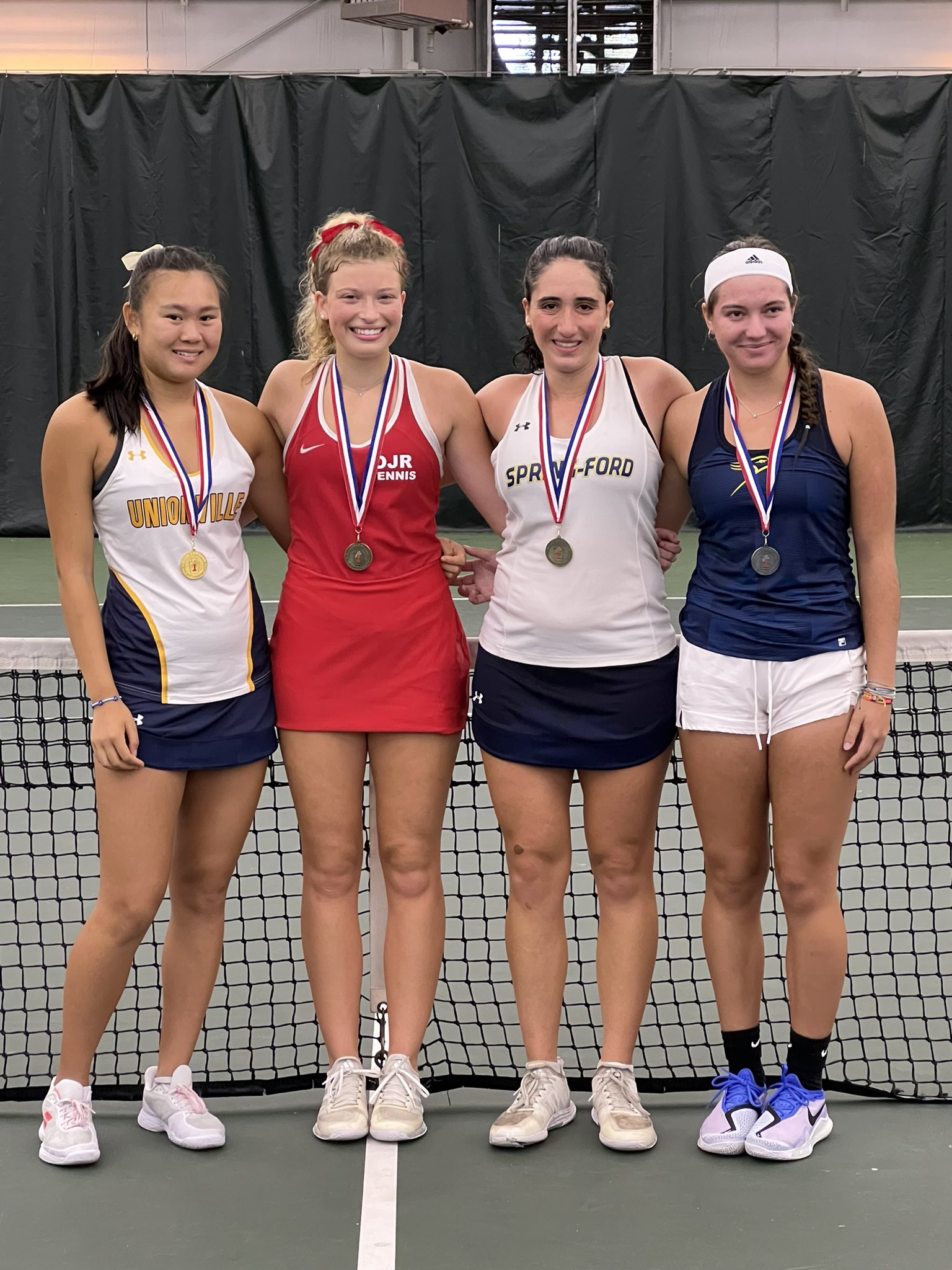 Spring-Ford’s Mia Matriccino took third place at the District 1 Class 3A singles championship with a 6-1, 4-6, 6-0 win over Owen J. Roberts’ Allison Root, who took fourth. Unionville’s Grace Li won the title with a 7-5, 6-0 win over Council Rock South’s Dasha Chichkina. All four qualify for the PIAA championships, which will be held Nov. 4-5 at Hershey.

Methacton 4, Souderton 3 (OT)
Lily DeWan scored the game-winner in overtime for Methacton in a 4-3 win over Souderton. Elise DeWan (one assist), Giada Catoia and Lea DeWan added goals for the Warriors while Ceci Rehak made an assist. Emily Drake made six saves in net for Methacton while Olivia Kline made a defensive save.