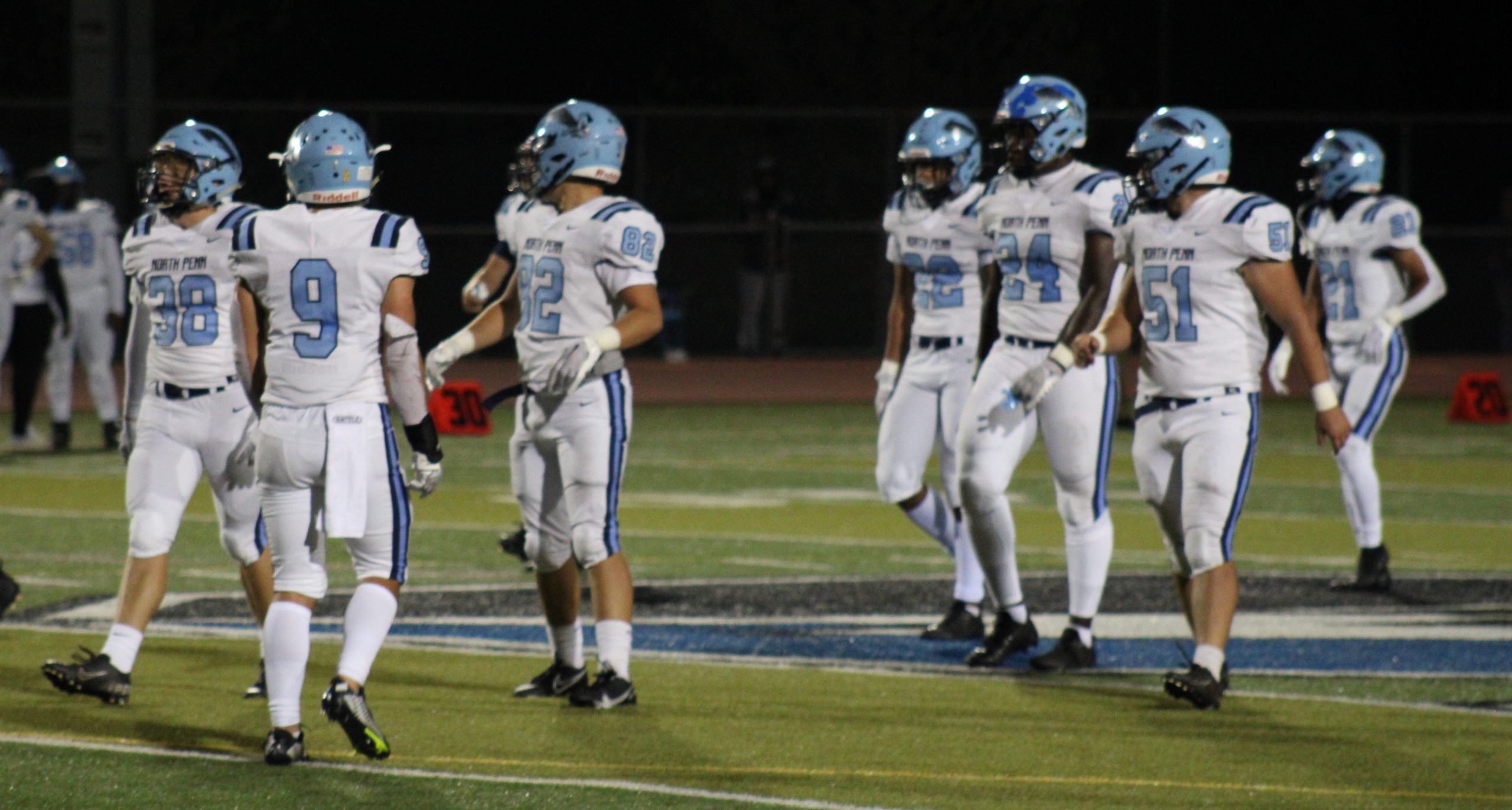 WARRINGTON >> After a disappointing loss to rival Central Bucks West, North Penn found itself behind 7-0 in the opening minutes of Friday night’s contest with Central Bucks South.

And there goes Yazeed Haynes.

“I took it to the crib, really started the game out well,” Haynes said of his 90-yard kickoff return for a score. “That brought the energy up.”

Haynes’ sprint to the end zone brought the Knights even at seven apiece and North Penn would score 28 unanswered points en route to a commanding 35-21 win over the Titans in a Suburban One League National Conference clash at South.

“He’s dangerous,” Knights coach Dick Beck said of Haynes, an explosive factor in the ground game and passing game as well as on special teams. “It was a good win. At this point, any win’s a good win.” South is now 3-3 overall and 0-3 in the National. The Titans are at Abington next Friday.

“(On Monday at practice), people were still a little upset over the loss, but we really came to work,” said Haynes, who had 115 yards receiving and a TD. “That was the best week of practice we had all season. People came in with the energy. We were hungry to get this win this week.”

Haynes’ 11-yard reception from quarterback Ryan Zeltt helped sustain a drive that was capped off by a one-yard plunge by Dave Dawes, putting the Knights in front for good, 14-7 in the second quarter.

A scrambling Zeltt threw a strike to Haynes, who turned it into a 34-yard gain to set up another one-yard surge by Dawes, making it 21-7 Knights at the break.

Haynes’ 28-yard reception helped get the Knights going to start the third quarter. Moments later, Zeltt found an open Haynes in the corner of the end zone, the 14-yard TD widening the gap to 28-7. North Penn was on its way.

Said Haynes: “This is a real big win. We’re trying to make the playoffs so it’s a real good win. This shows that we’re still the North Penn Knights that can get the job done.”

South got within 28-14 on a 49-yard connection from Brett Szarko to Tommy Donnelly.

But some more Zeltt-to-Haynes magic provided a 28-yard burst, setting up Dawes’ third TD of the contest, his one-yard push making it 35-14 late in the third.

Dawes grinded out 60 yards on the ground and Zeltt finished with 153 yards through the air. Amir Major added 97 yards rushing for the Knights. Central Bucks South will try to get back on a winning track at Abington next week. (Kev Hunter/MediaNews Group)

South’s Corey Moore (157 yards) capped off an impressive performance, scoring on a six-yard run in the final minute of the fourth. It was Moore who gave the Titans a 7-0 lead in the first on his 11-yard run before Haynes forever tilted the game in North Penn’s favor.

Said Beck: “We still have to solidify the run defense, but it’s good to get out with a win.”