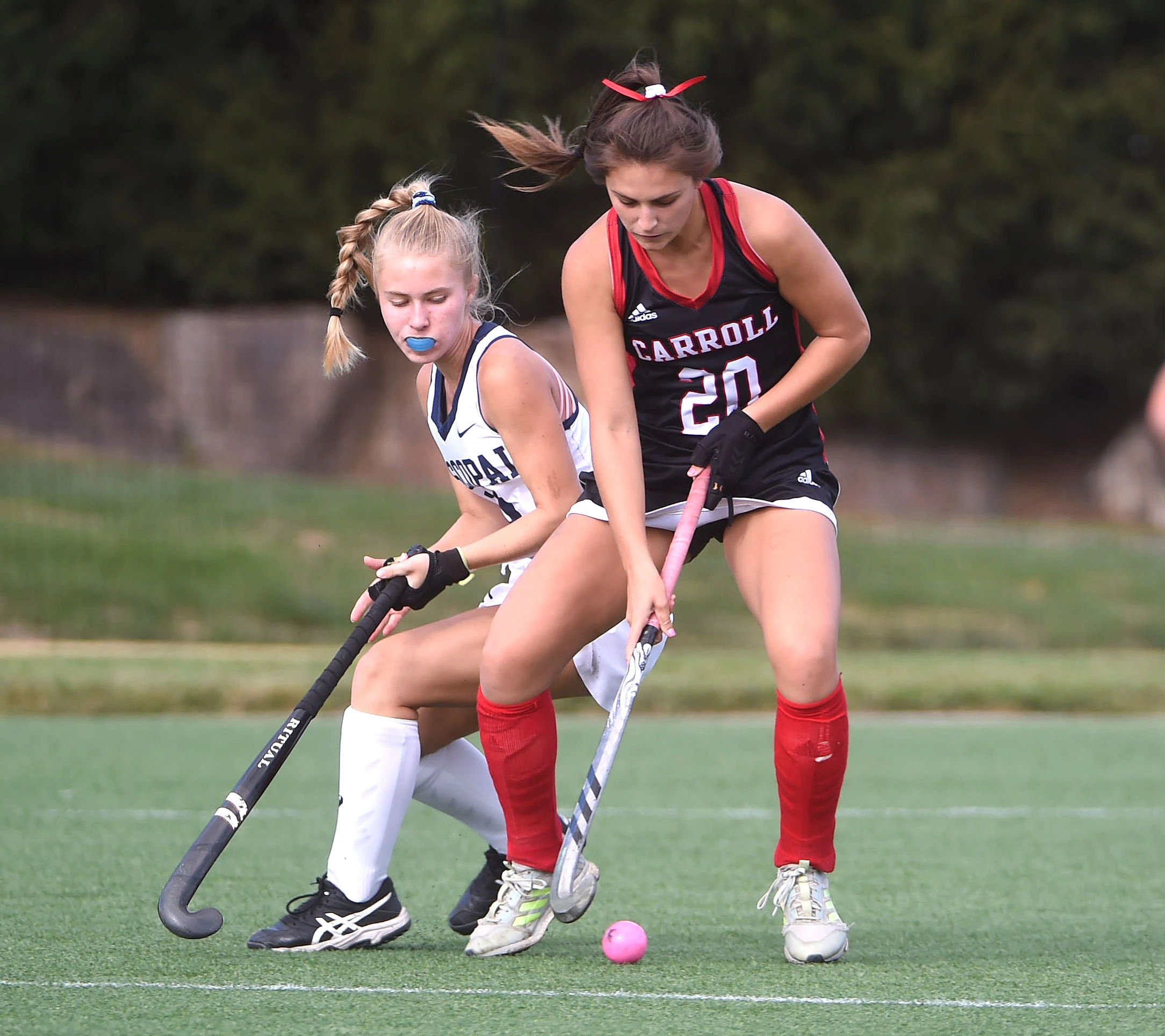 The extra-effort victory boosted Carroll’s record to 9-4. The Patriots have won all five of their Catholic League games.

Merion Mercy forced overtime when Kerry McCormick scored off a corner at 8:03 of the fourth quarter. That negated the earlier goal by Carroll’s Bridget Grazel and set up a tense overtime session.

Starring in the near-hero role for Merion Mercy was goalie Molly Mangano, who registered 15 saves, many described as “spectacular.”

Ari Hall had three saves for Carroll, which has another nonleague test Wednesday against Notre Dame.

Aly Maguire had a goal and assist as the Irish moved to 2-0 in the Inter-Ac and 6-2 overall.

Reigning Daily Times Player of the Year Maddie Wood continued another fine season with 38 assists and four aces Friday, helping to boost Garnet Valley to a 3-0 victory over Lower Merion.

Sarah Wood excelled, too, smacking 15 kills as the Jaguars hung in for a 25-23, 25-14 and 25-17 trio of winning games against the stubborn Aces. Klaira Zakarian added nine kills and Abby Houpt had two aces and played superb defense.

Nonetheless, the Jags won their sixth straight Central League match against no losses, moving to 11-1 overall.

Blake Tanis tended goal in the shutout, as DCCS improved to 8-1.