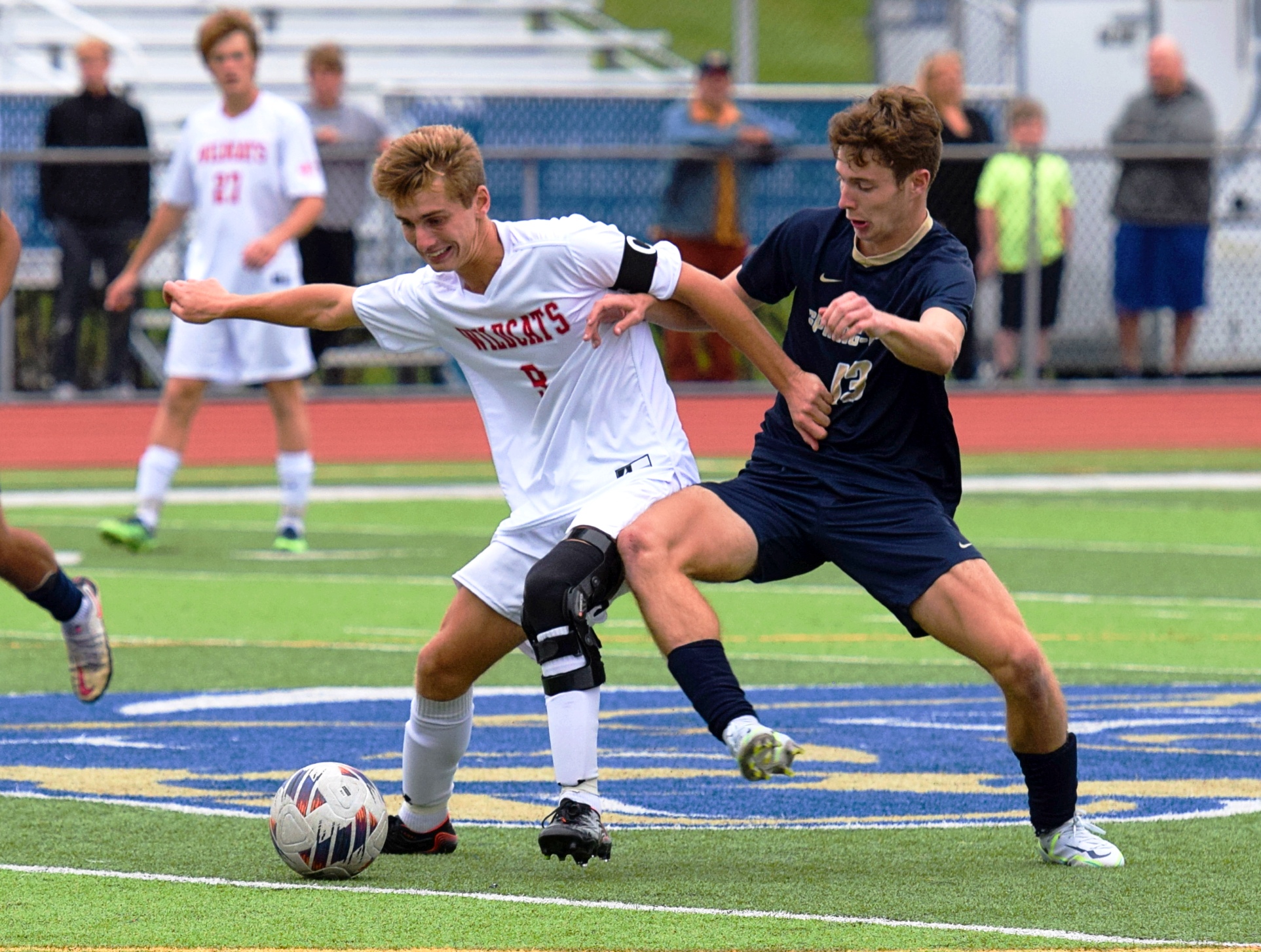 It didn’t turn out that way.

But at the end of 100 minutes of play the Rams may have earned something just as meaningful – a respect game.

After being handled 3-0 in their first meeting, Spring-Ford showed its signs of progress in the return matchup but still could not solve the Wildcats as the Pioneer Athletic Conference Liberty Division leaders settled for a 0-0 draw at Coach McNelly Stadium.

OJR and Spring-Ford entered the day tied in the division standings and that’s how they left it. Both squads have enjoyed improved results from last year under new head coaches Joe Youngblood for OJR and Mark Chambers for Spring-Ford.

The recent run coupled with the Rams posing the more consistent threat over the course of regulation and two overtimes had them feeling the more disappointed team.

“It’s a bummer,” said SF senior forward David Alban. “That’s a revenge game for us so we really wanted that one. But we can walk away with a tie. Hopefully we’ll see them later on in PACs though so we can really get one back on them.”

“We fought a lot,” said senior midfielder Luca Carboy. “We played good balls, got some through balls, some good chances but unfortunately we couldn’t put one in the back of the net.”

Yet OJR created plenty of scoring chances of its own, and left satisfied to win the regular-season series with their neighbors to the east.

“I said to the team afterwards, it’s not a terrible result after we beat them 3-0 in the first game. We have the head-to-head and that will allow us to stay in first place on our side of the PAC,” said OJR senior midfielder Stephen Mullen. “They threw two guys on (Ethan Williams), two guys on Nicky (Gambone), multiple guys on me, it was a quality game plan. It’s a good opponent and (Spring-Ford coach Mark Chambers) is a good coach so at the end of the day we can’t be too disappointed.”

“They were more prepared. Our dangerous players, they marked them well,” said Williams.

Liberty division leaders settle for scoreless draw. Rams had the better of the threat but ultimately a fair result. pic.twitter.com/foVQSw0FkE

OJR’s first scoring chance was one of the game’s best when playmaker Ethan Williams, a returning All-Area first team pick, soared a 30-yard ball over the top of the Rams’ back four to be met by Isaac Stephenson. Stephenson rose to win a high header after the bounce and his connection hit the right post. SF keeper PJ Pozniak (5 saves) managed to collect the rebound just nine minutes into the contest. OJR followed with another chance five minutes later with Daniel Damon’s forceful near-post shot saved by Pozniak.

Spring-Ford grew into the game from there though. Alban nearly tallied when he charged down a poor back pass to the goalkeeper by Andrew Keddie (10 saves) charged and managed to put Alban off enough to keep the attempt wide 25 minutes in.

Seeing a hard-working forward with the Alban name is nothing new at Spring-Ford – David is following in the footsteps of older brothers Nathan and Andrew.

“It really is a dream come true,” David said. “I’ve always looked up to my brothers as role models and being on the field and getting to take in what they did is amazing. I used to run these lines as a ball boy when I was 6 and 7.”

The Rams, led by Alban, outside forward Max Exeter and midfielders Carboy and Joey RIcevuto, went on to boss the second half, out-shooting SF 9-2 in the half (4-1 on goal). Junior Matt McCree had the two best chances, a rebound of a shot from distance by Grant Miller, and a close range shot after a corner kick that was hit right at Keddie.

Spring-Ford was inches from winning it with 3:46 left in regulation when Exeter made a marauding run down the left side, cut past his defender and shot across goal past Keddie. But senior defender Daniel Greenspan made the save of the day, clearing the ball off the goal line with attacker Cole Preschutti draped all over him.

The best chance of overtime was for the Wildcats when a Mullen swinging free kick found center back Joey Kish, who had an excellent game on D, couldn’t sort the waist-level ball to supply a quality shot with 6:50 left in the second OT.

It’s been a string of average seasons at OJR in recent years – good enough to qualify for the District 1 playoffs, not enough to qualifying for the PAC Final Four – and the current Wildcats are happy to have the program back in the upper echelon.

“We have a great group of guys,” said Mullen, who is back in action after suffering a torn ACL last year. “We’ve got Ethan, Nicky Gambone, Joey Kish, Andrew Keddie in the net, myself, we have some great underclassmen as well. A new coach has been a good change for us.

“I think we’ve got things turned around. Our best players have figured out how to play with one another and in that stretch of 7-8 wins we were passing the ball well, and shooting the ball well. Today, I don’t think we had our best shooting day.”

It wasn’t a win, but the Rams took heart in the performance.

“We’re a good fighting team. We have some dogs on this team. We’re ready to go at everybody every game,” Alban said. “We’re very satisfied with our performance, we just have to finish it next time.”

It feels like a ‘new team’, according to Carboy. With the new coaching staff of Chambers, who led Boyertown to the PIAA semifinals in 2019, and assistant Tim Leyland, who guided the S-F girls to three state tournament berths in four seasons, and a team of quality upperclassmen, it feels new and improved for the Rams.