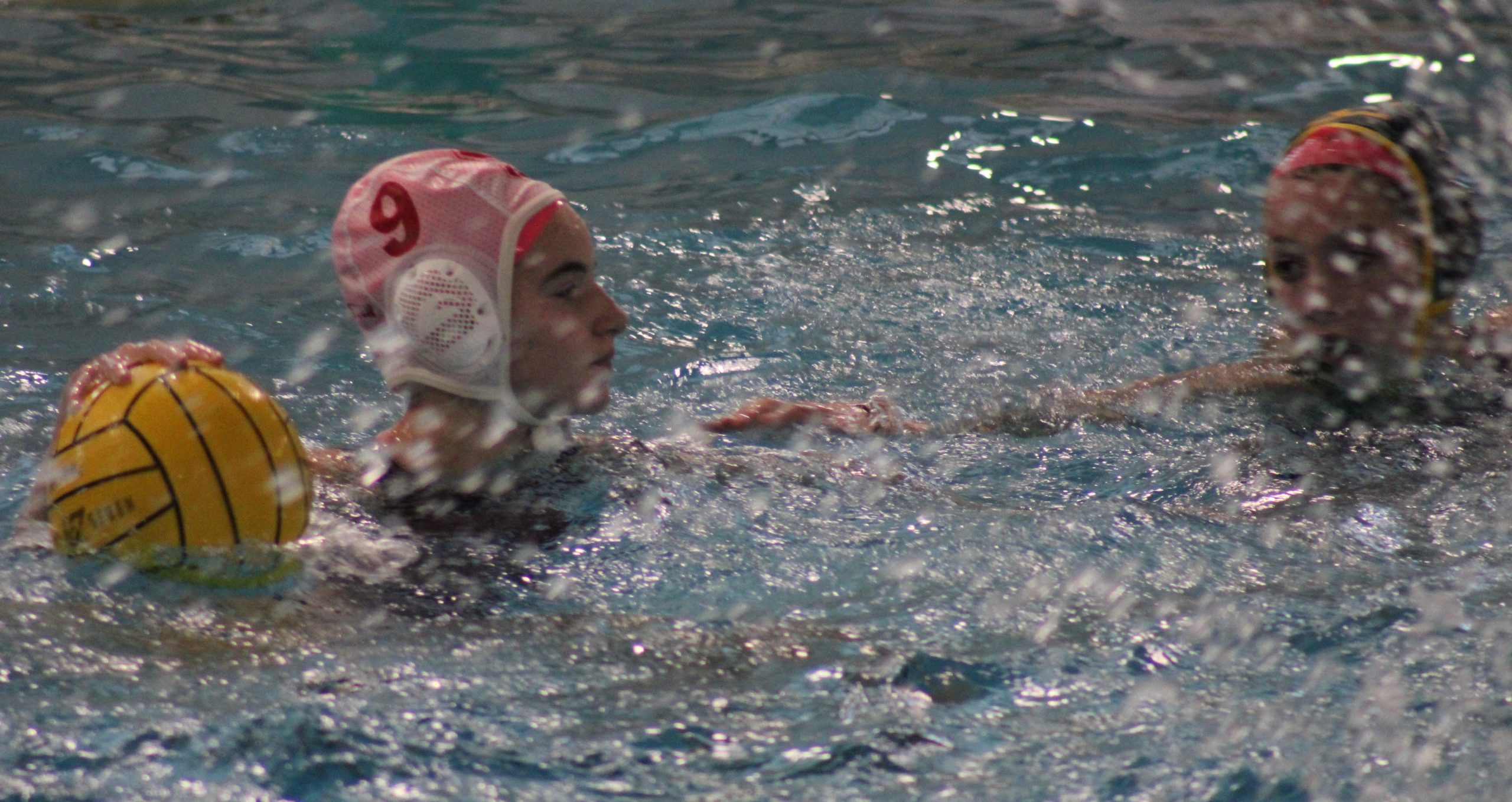 Pennridge's defense was tight throughout in its win over Souderton. (Kev Hunter/MediaNews Group)

EAST ROCKHILL >> Pennridge and Souderton went all out for “Pink Out,” playing some of their best water polo of the season thus far in front of a packed house at Pennridge.

“We’ve always been rivals with them and we have a lot of friends over there,” said the Rams’ dynamo at hole set, Adi Garges. “It’s friendly competition and it’s always a good game between the two of us.”

With everyone and everything decked out in pink, a full night of water polo went to a good cause, as all proceeds were donated to Grandview Cancer Center.

The Pennridge girls and Souderton boys each emerged from the pool victorious, with the Rams winning 13-3 over Souderton and Big Red following with a 17-6 win in the second half of the doublheader.

“It was great to see our girls start off strong and finish strong as well.” said Pennridge keeper Katelyn Cuthbert, who had a sensational night in net.

Souderton puts on the pressure during its win over Pennridge. (Kev Hunter/MediaNews Group)

With the season at its midway point, the Rams were solid in every area, including on defense.

Said Cuthbert: “It just feels really nice as a goalie that I feel protected.”

Cuthbert turned away multiple shots as the Rams built a substantial lead.

“It felt pretty good. We’re at the halfway point so for our girls to be so confident and so good on defense feels pretty good,” she said.

Pennridge goes on the attack during its battle with Souderton. (Kev Hunter/MediaNews Group)

In turn, the offense kept generating plenty of scoring opportunities.

“We worked the ball around really well and it was really a team win,” said Garges, the eye of the storm for the Rams. “I am so excited. I can’t wait to see how far we can make it – hopefully in states. We have a big goal and we are very determined to reach it. So we’re excited.”

Sixth in the state a year ago, Pennridge continues to show signs of possibly going further in 2022.

“This time, we wanna get at least top three,” said Cuthbert. “And I think it’s a goal we can definitely achieve this year with the girls we have. The bond between the girls is getting stronger. You can tell by the passes and the communication. They trust each other, which is really good to have in the pool.”

Said Garges: “As we work through the season, every single game we play, I see we’re getting better together. We have better team chemistry every single time out.”

Souderton players watch the action during their clash with Pennridge. (Kev Hunter/MediaNews Group)

The Souderton boys brought it all together, led by the likes of Will Stanczewski and Michael Petrillo.

Big Red jumped out to a 3-0 lead in the first quarter and controlled the game throughout.

The donations extending into the waters, players and families pledged dollars for each goal and steal, contributing to the cause on Thursday night.