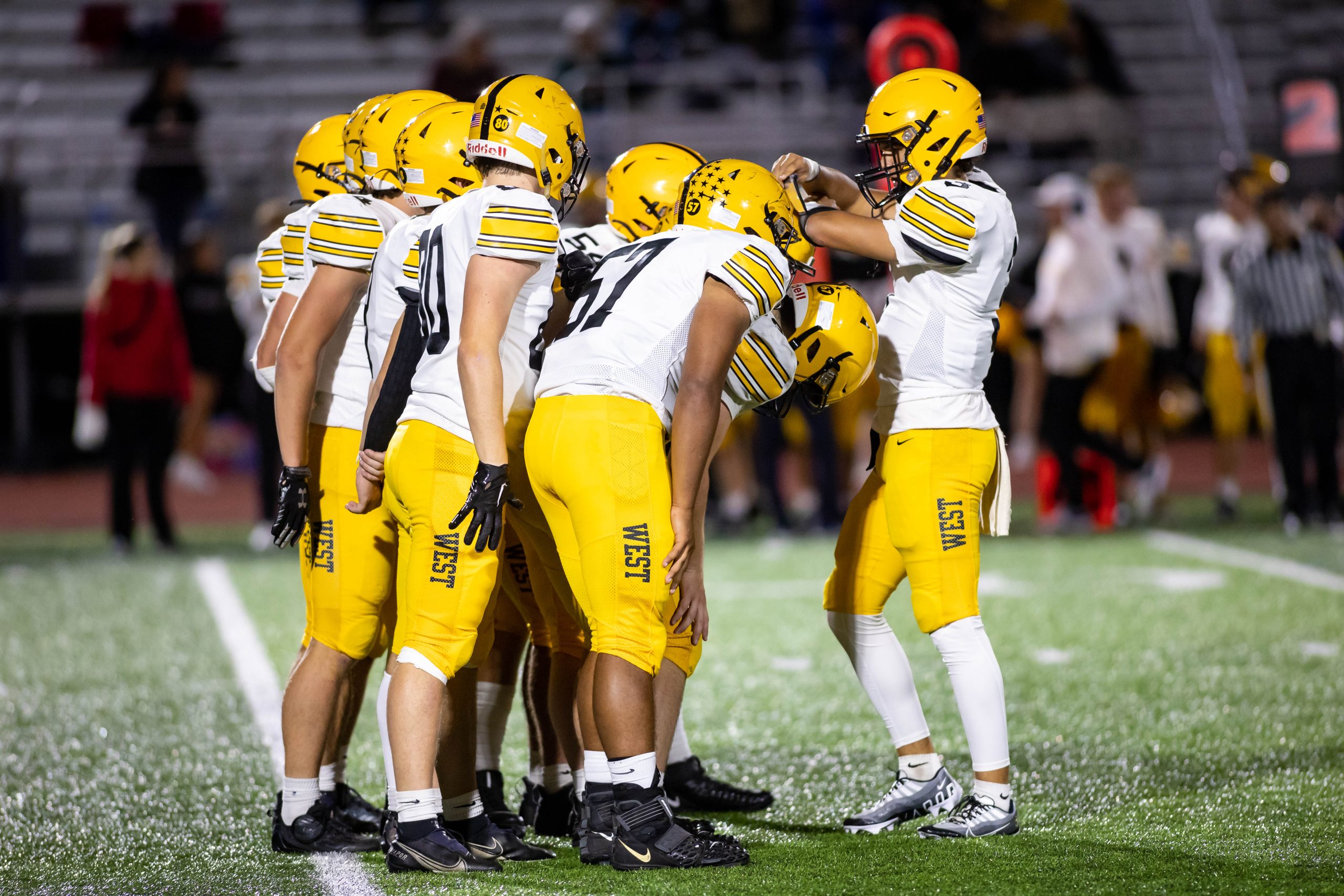 TOWAMENCIN >> The best defense is a good offense.

That was Central Bucks West’s approach during its 35-14 road Suburban One League National Conference win over North Penn at Crawford Stadium Friday night.

The Bucks only had to defend six North Penn possessions all game. One of those drives started with 21.9 seconds left in the first half and another with 4:35 remaining in the game with a three-touchdown difference on the scoreboard.

West was able to keep North Penn off the field thanks to a ball-control offense and a timely onsides kick recovery.

The Bucks ran the ball on 60 of their 62 offensive plays for 344 yards. They had touchdown drives of 14, 10, 13, five and 10 plays, respectively, typically taking 40 seconds off the clock after every snap.

“It gives (the defense) the rest they need to come out and stop them every drive,” West senior running back and cornerback Eli Boehm said. “I mean, hey, it works.”

“It makes sure every drive (the defense is) coming out with fresh legs,” West senior running back and safety Vinny Cherubini added, “and they’re ready to make a stop.”

While the offensive line and power runners Boehm and Cherubini were taking it to the Knights, the high-powered North Penn offense, which averaged 35 points over its first four games entering Friday, was on the sideline.

The Knights offense scored on its first possession of each half. In the third quarter, they went 70 yards in seven plays and 3:14 to get within seven, 21-14, with 1:04 left in the third quarter. Quarterback Ryan Zeltt wouldn’t touch the ball again until it was 35-14 with 4:35 left in the game.

West answered North Penn’s touchdown with a score of its own – a 52-yard Boehm run. The Bucks followed that with a surprise onsides kick and Conor McFadden recovered. Ten plays later, it was 35-14 with less than five minutes left in the game.

“I think (the onsides kick) was probably the biggest play of the game,” Cherubini said.

Zeltt finished the game 15-for-24 for 200 yards through the air while the North Penn ground attack ran 11 times for 48 yards. Zeltt and the Knights were hurt by a few key drops on their two second-quarter drives that ended in a turnover on downs and a punt.

We’re only five weeks into the regular season, but playoff pictures are starting to take shape. Teams still have more than half of their schedules ahead of them, but here’s a look at where things stand heading into Week 6.

Class 6A >> All three Central Bucks teams are currently in the 16-team playoff field. East is No. 1, South No. 10 and West No. 16. Souderton and Cheltenham are other area schools in the playoffs at the moment. The Indians are No. 7 and Panthers No. 15.

CB West holds the final playoff spot with a 2-3 record. Other area schools with 2-3 records are Pennridge, North Penn, Abington and Norristown – all of which are outside of the top 16. The Rams are No. 17, Knights No. 19, Ghosts No. 22 and Eagles No. 27.

Class 5A >> Upper Dublin, Plymouth Whitemarsh, Methacton and Upper Moreland are comfortably in the 16-team playoff field after five weeks. The Cardinals are No. 2, Colonials No. 6, Warriors No. 10 and Golden Bears No. 11. Upper Merion is currently a playoff team as the No. 14 seed and Hatboro-Horsham is on the outside looking in at No. 21.

Class 4A >> Pope John Paul II and Springfield-Montco sit atop the rankings. The 5-0 Golden Panthers are No. 1 in the rankings while the 3-1 Spartans are No. 2. The top four teams qualify for postseason play.

Class A >> Jenkintown is in great shape in the smallest classification, where the top two teams play for the district title. The Drakes are comfortably in first place with a 4-1 record. The other two teams in this class, Renaissance Academy and Morrisville, are a combined 0-6.