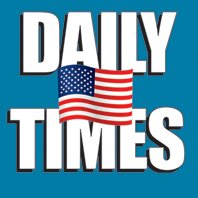 Hneleski’s round of 39 in the Lions’ 284-288 win over Archbishop Carroll at par-36 Pickering Valley Golf Club matched a season-best 3-over par for the junior. Her performance also included three birdies.

Anthony Carson (40) had four birdies and a par for O’Hara. Joe Wennemer chipped in with a 44.

Brady Conlon led the Patriots with a 40. Jason DiRita and Jake Johnson both finished with a 42.

Sienna Golden exploded for seven goals as Archbishop Carroll remained unbeaten in the Catholic League with an 18-0 rout of Little Flower.

Eddie Jones tallied a goal and an assist in Episcopal Academy’s 3-2 decision over Lawrenceville (N.J.).

Gautam Ketkar and Garrett Wahl also found the back of the net.

Kaelynn DiEnnis finished with six saves in net for the Lions.

Molly Hughes scored for the Bucs and goalie Sarah Kerr made 10 saves.