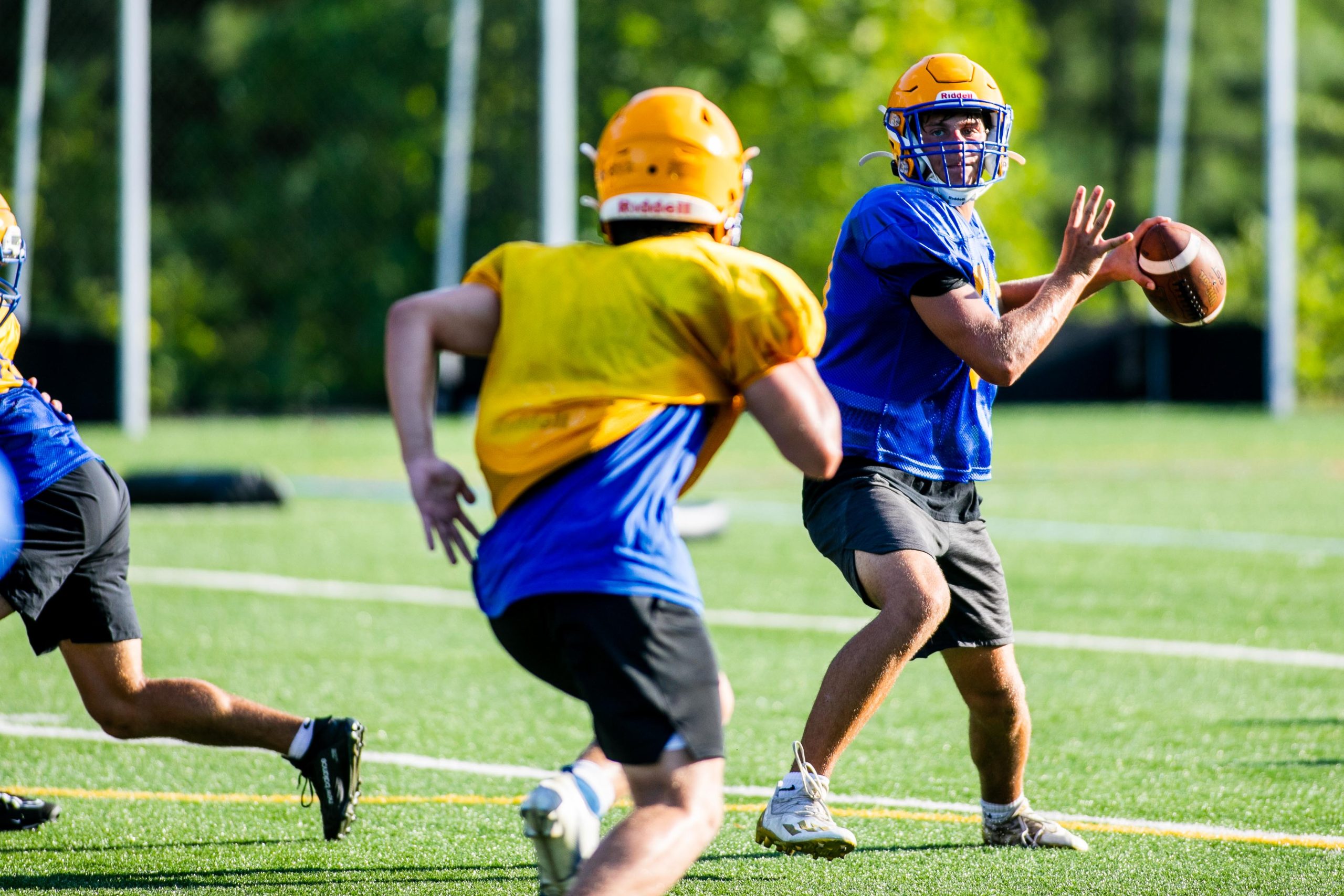 We are going into Week five, which is the halfway mark in the scholastic football regular season and the slate of games feature a number of Ches-Mont League croosover games, while Conestoga and Malvern Prep have tough matchups to contend with. Here is a look at all the Week Five action.

Kennett (3-1) at Downingtown East (3-1), 7 p.m.
Kennett is coming off an emotional win over West Chester Rustin last week. The Blue Demons were fueled by an interception touchdown return from Ian Guyer to seal the victory. Kennett will have to hold up against big and talented Downingtown East offensive line.

The Cougars feature senior running back Bo Horvath, who leads the county in rushing with 743 yards and 10 touchdowns. Quarterback Jamy

Jenkins is getting close to a return from a fractured wrist, but is still questionable for this game.

Unionville (2-2) at Coatesville (4-0), 7 p.m.
Coatesville is playing very well right now, coming off a 41-6 win over Penn Wood. The Red Raiders’ offense is averaging 32 points per game and the Longhorns are going to have their hands full with senior quarterback Harrison Susi and his bevy of talented skill players.

Unionville has played good defense the entire season. Running back Joe King ran for 156 yards in a 17-0 win over West Chester East. Unionville may be without starting quarterback Levi Brawley due to an injury suffered against the Vikings.

Downingtown West (3-1) at West Chester Henderson (0-3), 7 p.m.
Downingtown West is coming in with a 3-1 record. The defense has allowed just seven total points in its last two wins. Kam Alex and AJ Sagesse had big games on defense last week as the Whippets blew out Avon Grove, 55-0. Receiver Jake Kucera has 11 receptions for Downingtown West and is a game breaker.

Henderson’s offense is averaging just three points per game and this matchup does not look good for the host, who dropped a 23-9 decision to Sun Valley last week.

Penn Wood (0-4) at Bishop Shanahan (1-2), 7 p.m.
The Eagles dropped a 42-7 decision to Downingtown East last week. They will face a Penn Wood team that is winless on the season. The Patriots are averaging just nine points per game. This is a game where the young Eagles can compete.

Quarterback Braeden Melia should be able to produce enough points to beat an Academy Park team that is having trouble scoring points. The Great Valley defense has been a strong point all season. The unit limited the Hornets to seven points.

Sun Valley (2-2) at Avon Grove (1-3), 7 p.m.
Avon Grove has not scored in its last two games, losing by a combined score of 76-0. The Red Devils can run the ball at times, like they showed in their first drive of the game last week in a loss to

Downingtown West. Running back Thad Binstead should have a big game, and the Red Devils can get a home win here.

Interboro (2-2) at Oxford (2-2), 7 p.m.
Oxford dropped a 14-7 decision to Great Valley and did not muster much offense in the loss. This should be an easier spot against a Bucs team that was blanked last week against Chester. Corey Dantonio has 11 receptions so far this season for the Hornets.

Chester (4-0) at West Chester East (0-4), 7 p.m.
East is 0-4 on the season and has only scored 35 points on the year. Chester has been playing great defense in its 4-0 start. They have pitched three shutouts so far this season. Vikings running back Mitch Ragni was held to just 34 yards rushing last week in a 17-0 loss to Unionville.

Pick: Chester 28, WC East 7
West Chester Rustin (2-1) at Chichester (1-3), 7 p.m.
Rustin is a team that is really banged up with injuries. The offensive line has lost two starters and sophomore running back Chase Hatton exited the Kennett loss with an injury and may not play here against a Chichester team that is 1-3 on the season.

For the Golden Knights, Daimon Jacobs should have another 100-yard rushing night. The Golden Knights still racked up 257 yards on the ground, with Jacobs going for 112 of them.

Marple Newtown (4-0) at Conestoga (3-1), 7 p.m.
This is a battle that pits two of the top teams in the Central League. Marple Newtown is 4-0 on the season. They have a strong running attack and a good defense that has allowed just over eight points per game. Conestoga is coming off a 16-15 win over Haverford, its second one-point win of the season. This should be another close one.

The Friars defense has allowed a measly 16 points in their three wins and face another stern test comes here.