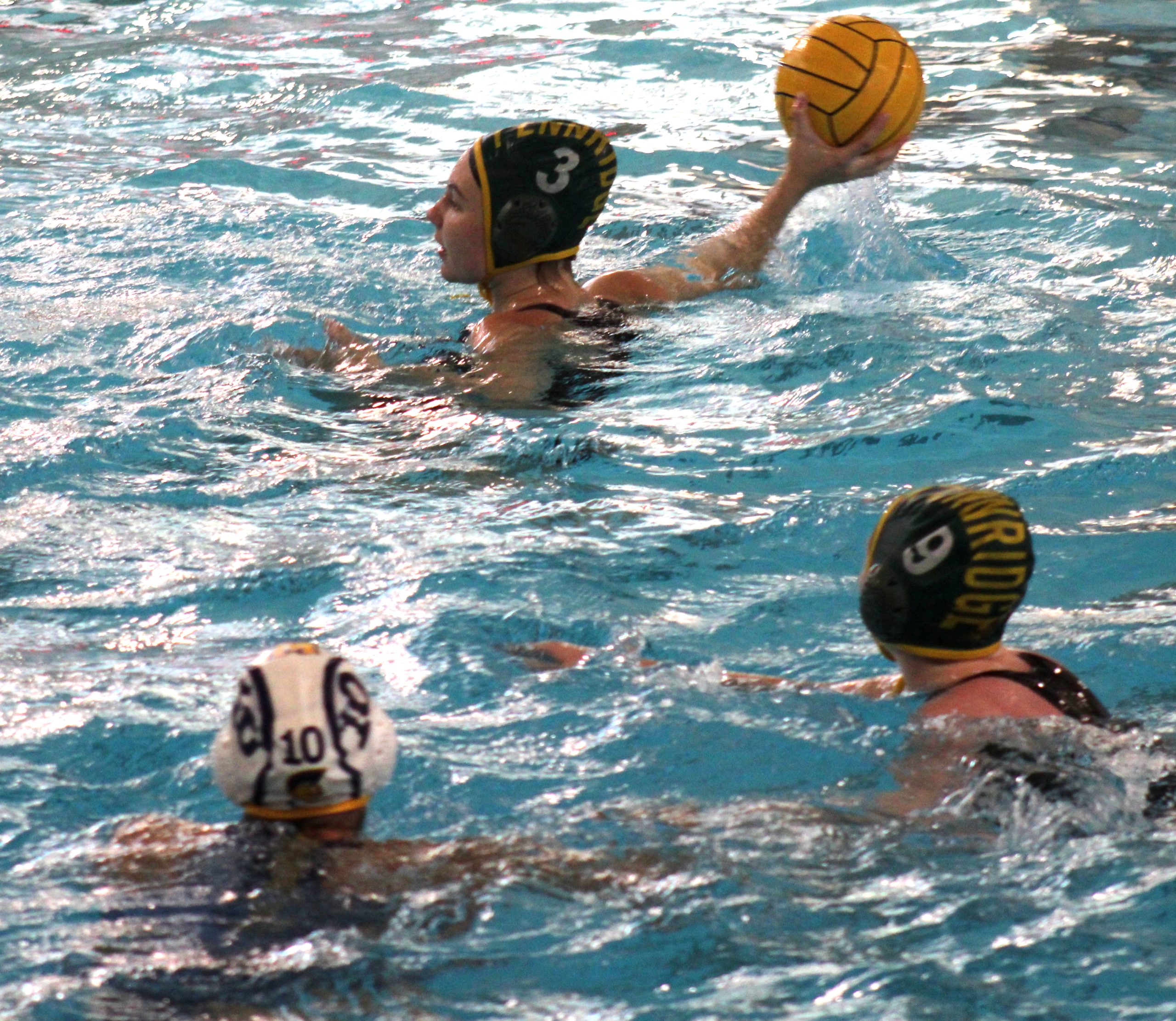 “It felt so good because I had really been struggling with following through on my shots and placing them where I wanted to place them,” said a smiling Ricciardi. “So being able to place the shots and put them in there where we really needed to was really exciting.”

Said her coach, Jacob Grant: “Ally lit it up from out there. They were cross-cage, upper 90 – no goalie is getting to that. That was really fun to see. She works really hard. She was Honorable Mention All-State last year so it was nice to see her carry that into her junior year and step up even more as a leader on this team.”

The natatorium rocked at Pennridge, as the Rams savored a 13-11 victory over the team that defeated them in the fifth-place game at states a season ago.

“To come back and beat them in an in-season game is really exciting,” said Ricciardi.

The Wissahickon boys followed with a 15-6 win over Pennridge in the second game, as the two respective programs split the doubleheader.

In the girls game, the Rams battled to a 7-7 draw after four quarters, and then it was time for Ricciardi.

“Our hole set (Adi Garges) is really good so they were double teaming her and leaving one of our girls open. They left me open a lot so I was available for outside shots more,” she said. “So in overtime, they weren’t chasing as much up top so I was able to hit the shots in there.”

Ricciardi fired in three shots in OT to give Pennridge the edge. The Rams were able to score six goals in the two three-minute overtime periods. Ricciardi scored a team-high five goals in all. Garges added four, Lynn Evers had a pair, and Emily Myers and Ava Vesey each scored a goal.

It was a tough defeat for Wiss, which led for most of the way in the second half.

“Toward the end, we got undisciplined and got away from what was working,” Trojans coach Greg Beyer said. “They adjusted and we didn’t. They found a way to win and we made the same mistake over and over.

“This is a good group, a talented group. They’re smart. The sting is because we had a chance and we were so close. But we’ll be better from it.”

The two squads have developed quite a nice rivalry over the last couple seasons.

“We split the series with them last year – it can’t be any closer. His girls are physical, they’re strong, they can shoot. And I love playing Greg,” Grant said.

“We defended home pool and now in three weeks we go to them and they get to defend home pool. So we’ll see if we can go in there and go for the sweep. I’m excited to play them again – I’d play them again tomorrow.”

The Wissahickon boys huddle during their battle with Pennridge. (Kev Hunter, MediaNewsGroup)

It was a sensational evening for the Wiss offense in the boys contest, keyed by Nate Valentine’s game-high six goals.

Schoppe was a catalyst for the defense, making seven steals.