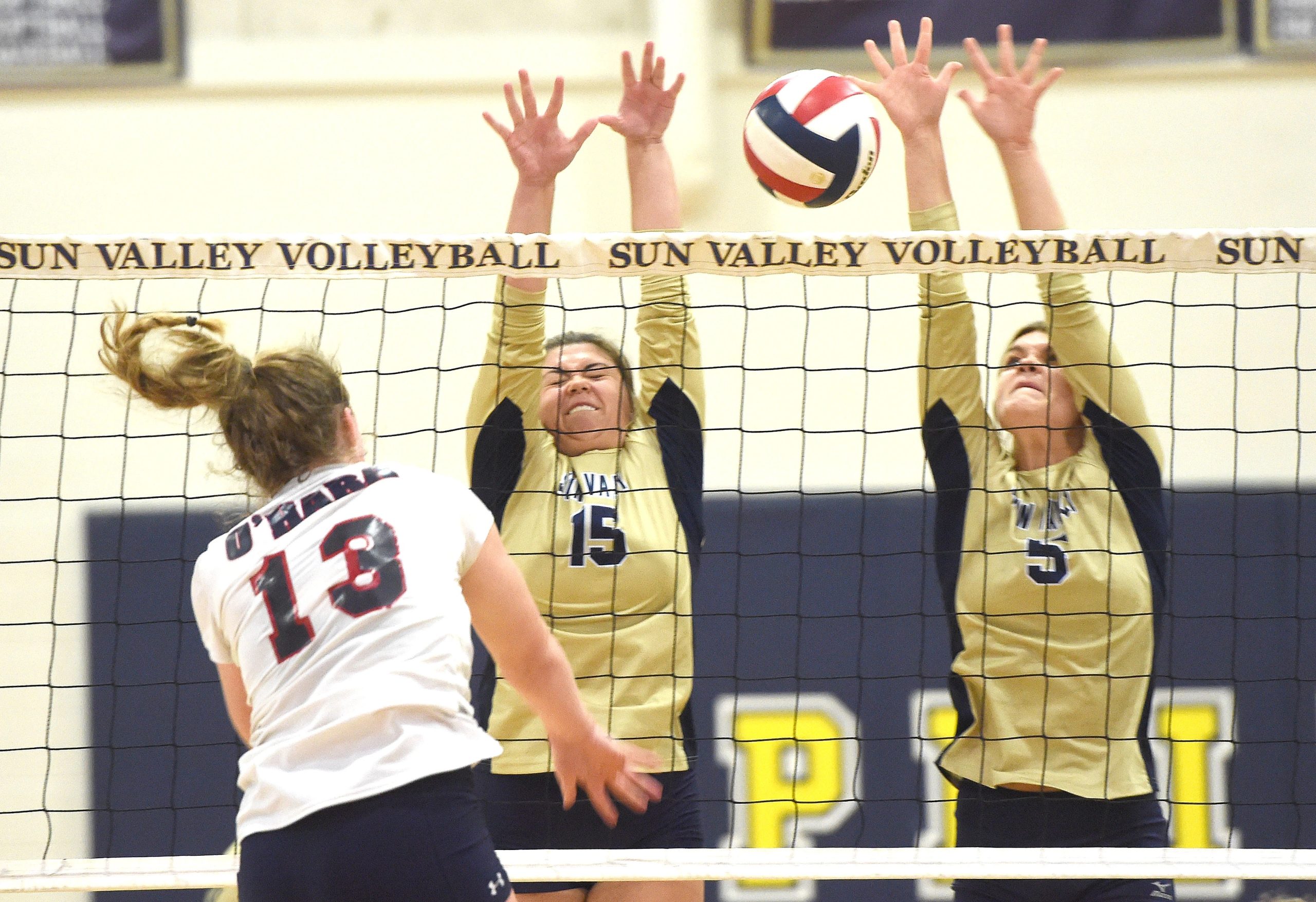 Academy Park has experienced nothing but success in Del Val League girls tennis action over the last nine-plus seasons. But Chichester brought the Knights’ 65-match Del Val winning streak to an end Tuesday.

Three-set wins by Courtney Carberry at first singles and Kaitlyn Carpenter and Rachel Bube at first doubles powered the Eagles to a 4-1 victory over the Knights.

Juliet Schilling was a 7-5, 7-5 winner at third singles for Chi. Maddy Mariotti and Carmen Prestileo-Ross won 6-4, 7-6 (9-7) at second doubles to help the Eagles move into a first-place tie with the Knights with two league matches remaining.

Faith Larkin was a 6-3, 6-1 winner at second singles for the Knights.

Emma Olenik and Emily Lin came up with a big 6-4, 6-3 win at first doubles to contribute to the victory.

Lauren Grady and Alex Twadell, Sam Bull and Sophia Simone and Gabby DeLuca and Mia Matteo won in doubles for the Green Raiders.

Episcopal Academy 6, Baldwin 1 >> Maggie Dugery and Izzy Rozes led the way as Episcopal Academy swept the doubles in straight sets. Maggie Lo and Elizabeth Boruff, Riya Mukherjee and Shelby Pasternack and Michelle Jiang and Velina Feuzue were the other doubles winners for the Churchwomen.

After a time out in the fourth quarter, Tori Smith scored the go-ahead goal off an assist from Gianna Christopher and then fed Sofie Christopher for an insurance tally to propel Interboro to a 3-1 Del Val League victory over Academy Park.

Alex McDevitt scored the first goal for the Bucs off a feed from Miranda Barone. Mackena Harley made one save in goal.

Ruth Karsor scored for the Knights while Amada Frescoln made 15 saves in goal.

Marple Newtown 2, Ridley 1 >> Liv Dwyer scored both goals for the Tigers, the first off an assist from Grace Hagerty. Hanna DiFilippo tallied the lone goal for the Green Raiders while Elise Martin made 10 saves.

Agnes Irwin 2, Springside Chestnut Hill 1 >> Catie Holmes and Ali Gerber scored one goal each as the Owls won in overtime. Lauren DeRose had an assist and goalie Sara Davis made eight saves.

In the Central League Monday:

Danny Flaherty carded a 4-over par 39 and Kevin McPoyle shot 40 to lift Springfield to a 203-207 Central League victory over Strath Haven at the Springhaven Club. Ben Pintof and Jimmy Kennedy finished at 41 for the Cougars.

Tyler Debusschere of Strath Haven took overall honors with a 2-under 33. Davis Fairbanks turned in a 40 for the Panthers.

Goalie Jaden Shuchman turned back nine shots as Haverford School held off La Salle, 9-6. Luke Putter paced the offense with four goals and two assists. He also had two steals. Ben McDade chipped in with two goals, one assist and one steal.

Smith lofted a shot from the right wing just outside the box into the upper left corner for the winner.

Radnor 3, Penncrest 0 >> Ivy Chaskelson assisted the opening goal by Lyla Walls and put home a pass from Sabina Eraso for a 2-0 lead. Nina Serlenga and Abby Kloss teamed up to make it 3-nil. Mallory Toomey posted the clean sheet.

Lower Merion 2, Springfield 0 >> Grace Downey converted a pair of corner kicks, one in each half, for the Aces. Cate Cantu stopped four shots to post the shutout.

Alyssa Estep made four saves in goal for the Cougars.

Marple Newtown 2, Ridley 1 >> Sophia Foschi scored both goals for the Tigers (5-1-2) off assists from Kierstyn Finn. Mariana Castillo made seven saves in goal to get the win.

Cross Country: Warkentine win is a victory for Conestoga
Pezzeca’s goal stands up as Strath Haven scrambles past Haverford