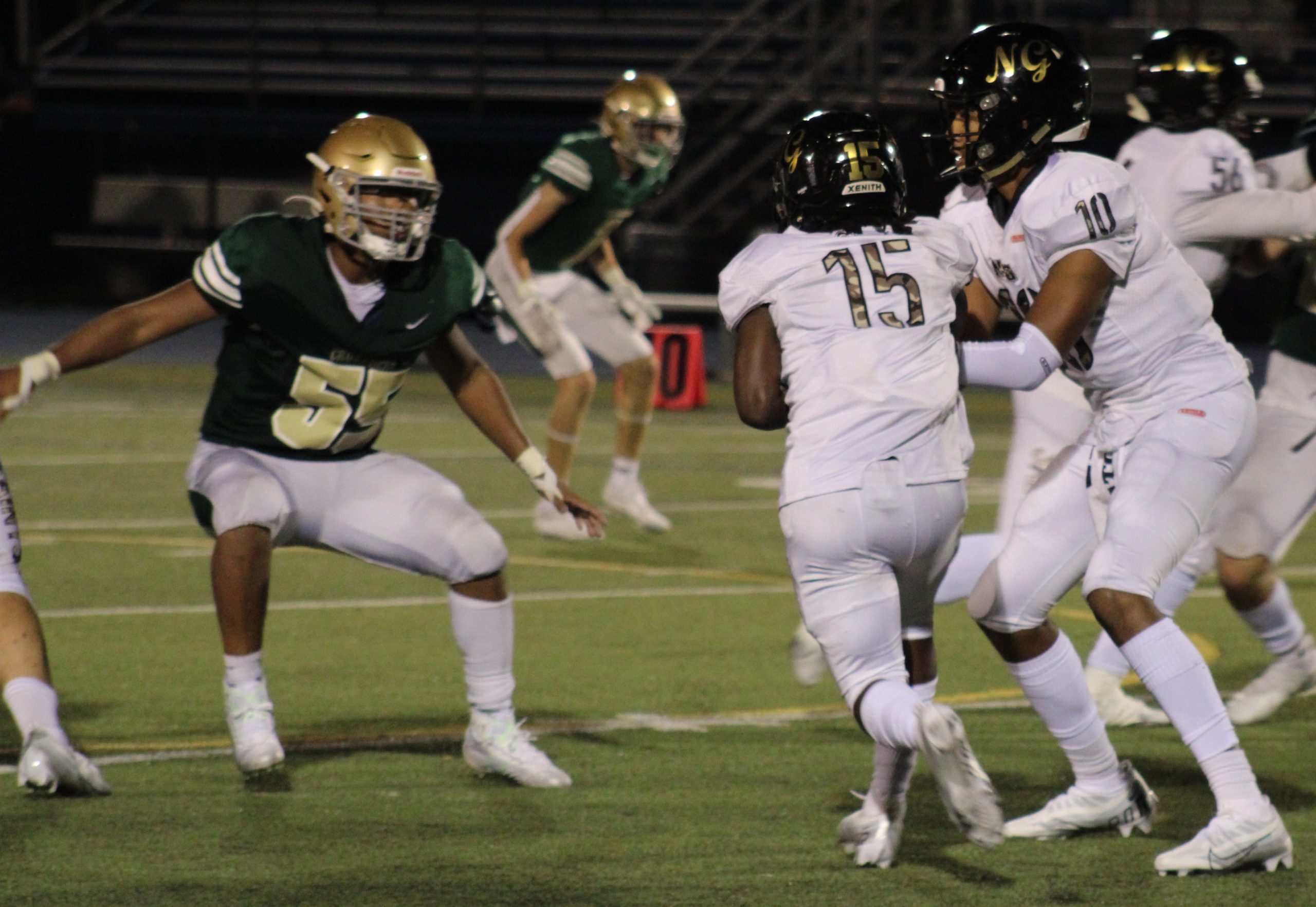 “We had a great week of practice – that’s what it really was. We just came off a loss (to Penn Charter) so this feels good. It feels like we’re all coming together,” the Saints’ dynamic running back said.

Battle dashed through holes and bounced off tacklers for 101 yards, and the hard-charging Saints went on to a 26-7 victory over Lansdale Catholic in a Philadelphia Catholic League Blue Division game at Wissahickon.

“I love my offensive line,” Battle said of the unit, which cleared the way for three rushing touchdowns by Neumann. “(The potential for this team) is immeasurable. We all have a role to play and we always have to play it.” The Saints all did their job, as Amahj Gowens and Terrance Page made key contributions in the ground attack, and Mehki Wharton added 76 yards passing, finding four different targets, including Denim Smith (three catches/32 yards).

Neumann built an 18-0 lead by halftime.

After Battle’s touchdown in the opening moments, the Saints led 6-0 until just 3 minutes, 26 seconds remained in the first half. That is when Wharton capped a sustained, 10-play drive by pushing in from a yard out on 4th-and-Goal, doubling the Saint advantage to 12-0.

Wharton hit Smith on a 12-yard scoring pass to widen the margin to 18-0 with just three seconds remaining before intermission. Neumann’s defense was also doing the job, limiting the Crusaders (3-1, 0-1 PCL Blue) to just two first downs in the opening half.

LC got something going in the third quarter.

The Crusaders forced a fumble and took over possession at the Saint 28-yard line.

Five plays later, quarterback Cole Meehan rolled right and hit Efrain Quiles for an 8-yard score, trimming the deficit to 18-7 with 6:32 to play in the third.

The Saints (1-1, 1-0 PCL Blue) recovered LC’s ensuing onside kick attempt, and put together a nine-play, clock-consuming drive to put the game out of reach.

Page powered in from five yards out and then Gowens caught the two-point conversion pass to give the Saints a 26-7 lead entering the fourth quarter. Lansdale Catholic’s defense lines up during its contest with Neumann-Goretti. (Kev Hunter/MediaNews Group)

Untimely penalties – including one that kept NG’s third-quarter touchdown drive alive – made comeback efforts more difficult for the Crusaders.

“The bottom line is we beat ourselves. I’m not gonna take anything away from (Neumann), but we beat ourselves,” Crusaders coach Dom D’Addona said. “We had hits in the backfield and didn’t finish the play. I think we’ve come a long way, and we can’t make those kinds of mistakes against good football teams. When you’re playing a team like Neumann-Goretti, it’s gonna come back and haunt you.

“I truly believe we’re gonna see them again, later on in the year. If we cut out our mistakes, it’s not gonna be this lopsided.”