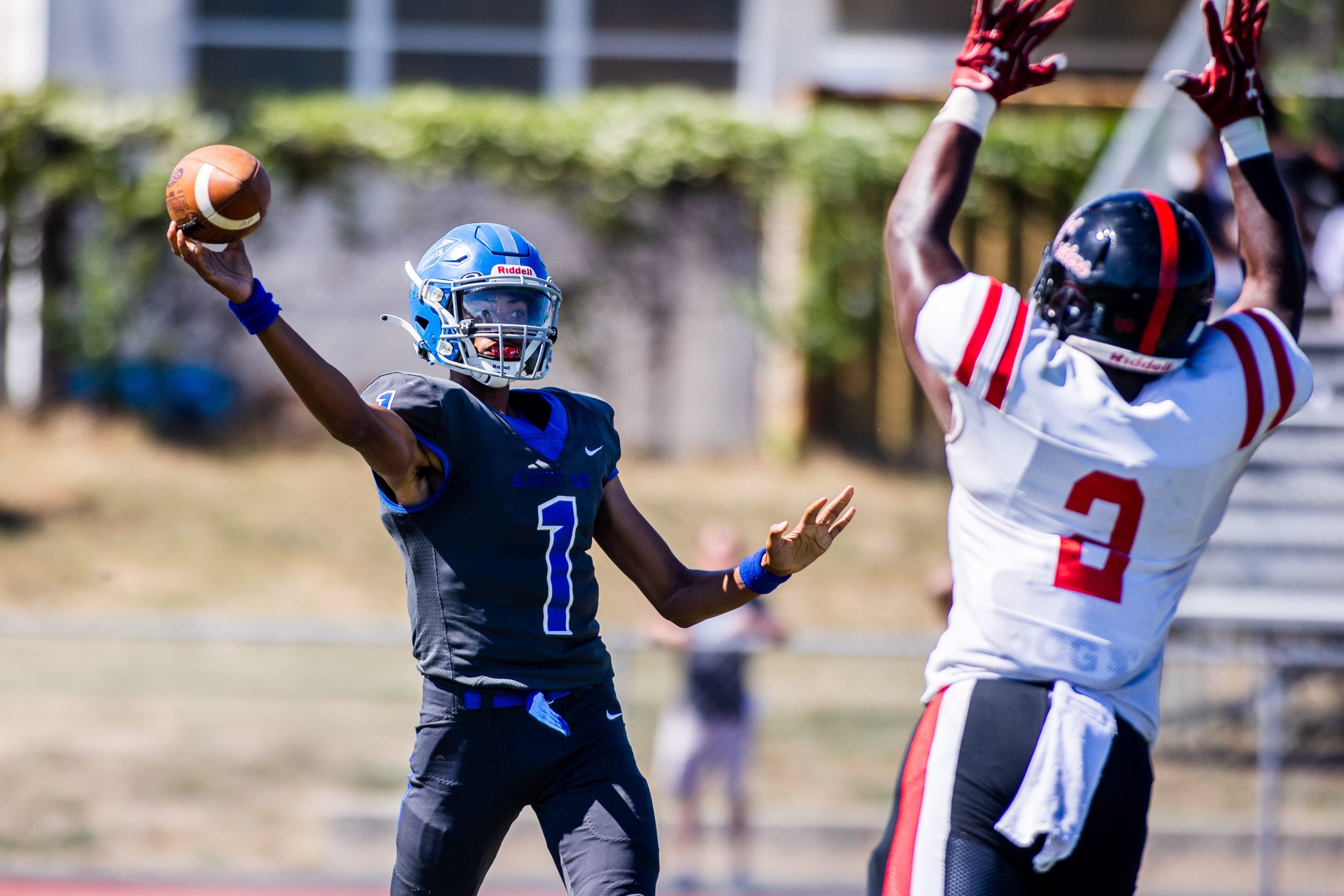 UPPER CHICHESTER — Academy Park took an “iron sharpens iron” approach to its first three games of the season, scheduling challenges against Unionville, Coatesville, and Haverford School. While the Knights only managed to defeat Unionville, those quality opponents prepared Academy Park for league play.

After that early season gauntlet, does Academy Park coach Jason Vosheski think the rugged slate of games helped prepare his team for the Del-Val?

“I hope so,” Vosheski said after Friday’s 15-6 win over Chichester. “If Haverford School was in the PIAA, they’d be a playoff team. All three are playoff-caliber teams. Chichester was a playoff team last year. We need to be ready for this.”

Even with the tough schedule, Academy Park (2-2, 1-0 Del Val) took a while to get going against the Eagles. In fact, it took a wake-up call for the Knights offense to get moving: Chichester jumped out to a 6-0 lead when Erskine Wilson hauled in an ill-fated pass attempt when an Academy Park fake punt broke down.

Wilson rambled 42 yards for the touchdown to give the Eagles a 6-0 lead in a game that the Knights were controlling for the most part.

“Offensively we had our chances,” Vosheski said. “We were down inside the 15 twice, but we needed to capitalize. We’re still trying to figure out who we are.”

Academy Park rebounded later in the second quarter when it pressured the Eagles into a short punt from deep in their own territory that was tipped. AP quarterback Darrell Fields then hit Anis Hunter with a 20-yard scoring pass, with Fields eluding several Eagles defenders in the back field in a play Vosheski called “incredible.” Jassir Davis nailed the point-after attempt to give the Knights a 7-6 lead.

The defensive struggle continued in the second half, but Academy Park running back Terrence Oliver eventually wore down the Eagles defense. The senior tallied 121 yards on 25 carries and had a key fourth-quarter touchdown to help hold Chichester down.

“We stuck together,” Oliver said. “There was no yelling, no pointing fingers. We made some adjustments and moved the ball. I felt like the team had my back and if I shine, we all shine.”

After the Eagles (1-3, 1-1) were whistled for a penalty, the Knights opted to go for two, and Hunter raced into the end zone for the conversion, which put Academy Park up nine with 11:03 left.

For Chichester coach Ed Buck, the game represented a strong effort from his injury-riddled group.

“For everything that was up against us, the injuries and some other things we had going on…for them to play like was incredible,” Buck said. “That’s all we asked for all week, a better effort after last week. I’m proud of that. That’s a good football team over there. They’re going to win a lot of games. If we get that kind of effort every year, it will fix itself and we’ll be alright.”