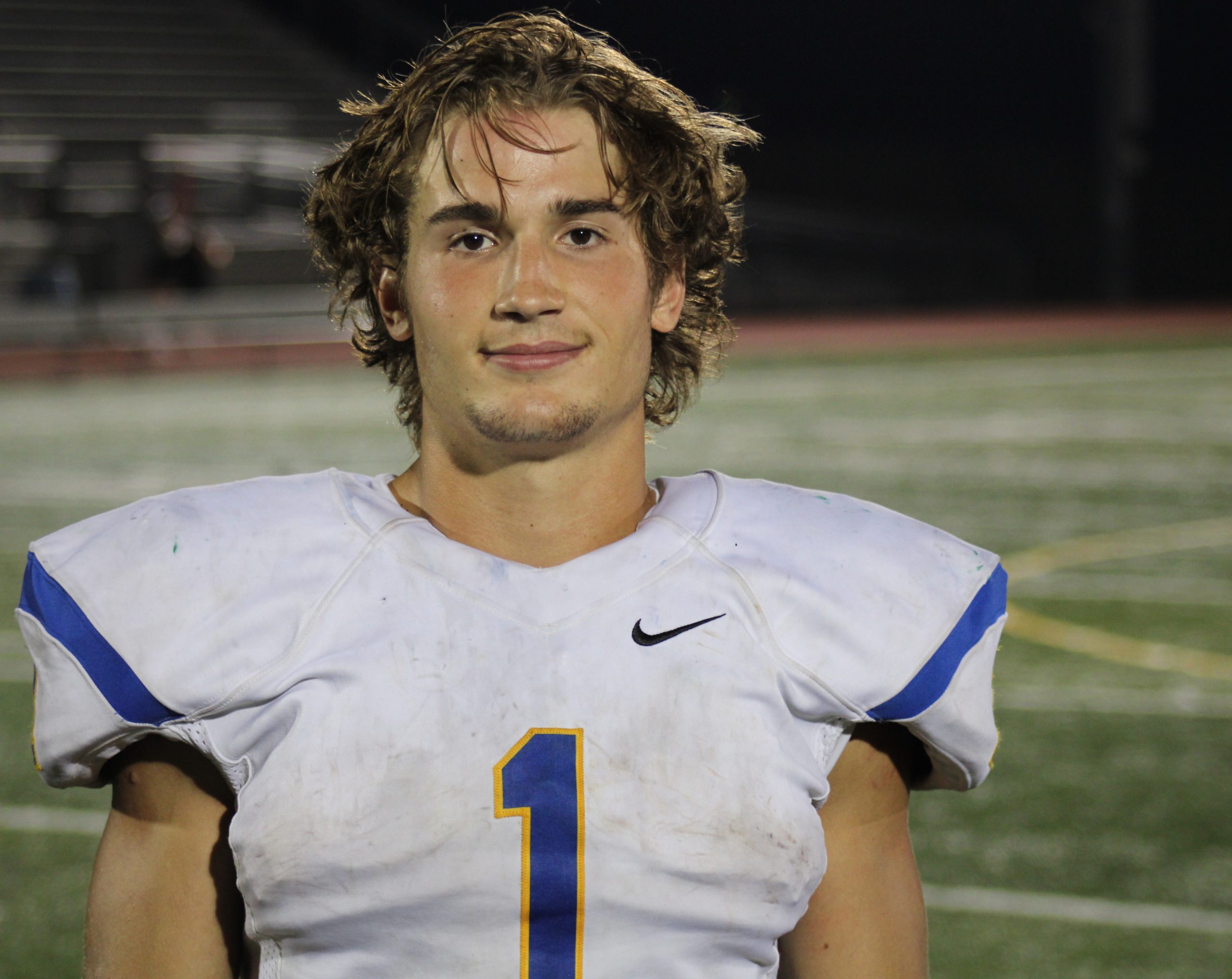 DOWNINGTOWN >> Things were expected to be difficult for the Bishop Shanahan football team this season after suffering heavy graduation losses. Bo Horvath and Downingtown East piled on to that misery in their Ches-Mont League National Division opener Friday.

The star running back posted four touchdowns — including the first time he touched the ball — and the Cougars scored on their first six possessions as went on to record a 42-7 victory at Jack Mancini Stadium.

“I think we played very well, could’ve played better. We had a few mess-ups here and there,” said Horvath. “This was a very important game for us, our first Ches-Mont game, so we had to take it very seriously and we got the job done.”

Shanahan (0-1 Ches-Mont National, 1-2 overall)had a quick three-and-out and the Cougars took possession in Eagles’ territory, a recurring theme in the first half, It didn’t take long for Horvath to send the contingent who made the short trip to Shanahan into joy. He took a handoff, broke off left tackle and sprinted untouched for a 43-yard score.

“We were planning on scoring too. It was an outside run. We got the O-line to do their job and I just finished it,” said Horvath.

“It was a missed assignment,” said Shanahan coach Paul Meyers. “Our outside guy went underneath and he just bounced it. Horvath’s a stud.”

The pattern almost repeated itself, Shanahan ran three plays and punted. This time, the Cougars ran four plays before scoring. Horvath sprinted 37 yards on basically the same play, and East pushed its advantage to 14-0 with 6:49 left.

East added one more score in the quarter as QB Mason Ippolito got in on the fun, scoring from two-yards out,

“We played as a team,” said East coach Mike Matta. “Real good offense, real good defense. It’s what we wanted to do.

Last year, we didn’t do that as well and we wanted to focus on that. I’m proud of the way we played.”

The Cougars (1-0, 3-1) scored again the first time they had the ball in the second quarter. Horvath broke off another long run — this time 41 yards — for his third score of the evening for a commanding 28-0 lead.

East started each of its six drives in the first half in Shanahan’s end.

Horvath recorded his fourth of the game with a six-yard gallop to make it 35-0 and it ended his evening. Horvath gained 173 yards on 15 carries.

The Cougars posted their final touchdown late in the half as Michael Waite scored from the five to make it 42-0.

The Shanahan offense finally got going just before the half, they moved the ball from its 29 to the East 34, sparked by a 19-yard pass from Zach Ferraro to Aiden Civitella. But, three straight incompletions, turned the ball over to the Cougars.

Shanahan broke up the shutout in the third quarter, going 50 yards in nine plays as Nate Phillis plowed in from the three for the final margin.