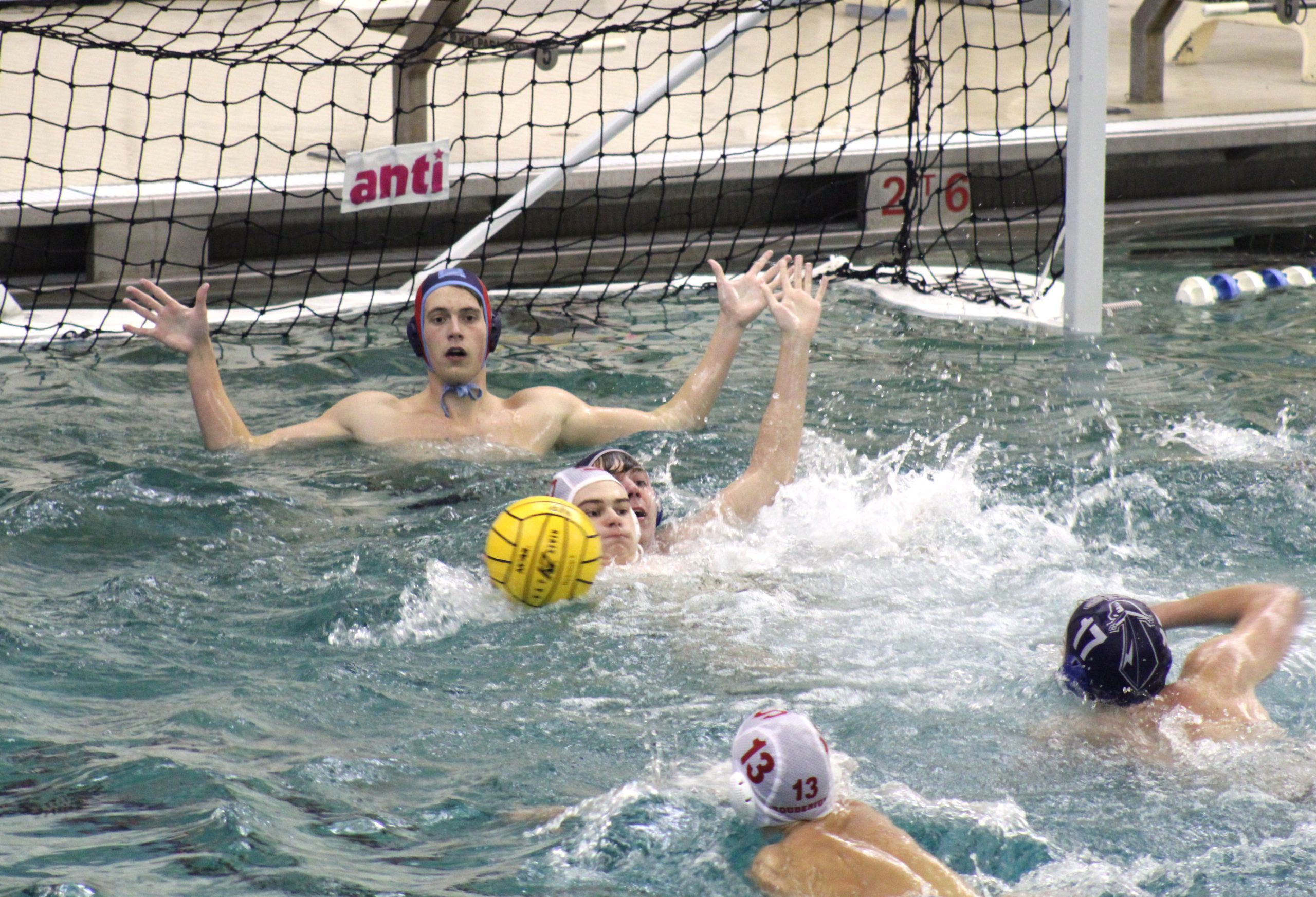 TOWAMENCIN >> On Tuesday night, the North Penn boys water polo team painted a vivid picture of how it spent its summer vacation.

Having played at Junior Olympics out in California over the break, the Knights come into this season very much a unified group, and that bond is showing in the water.

“We did spring league and summer league, went out to California — good experience. We’ve been playing together the last few years,” the Knights’ Aidan Faikish said after the Suburban One League battle with rival Souderton. “Last year, we only graduated two seniors. And we’re all good friends so the chemistry’s great. The vibes are good.” After a solid showing at the Jumpstart Tournament out at Wilson, the Knights hit the bulk of their league schedule at full stride.

North Penn jumped out to a 3-0 lead in the opening minutes, led 8-1 after one quarter, and went on to an impressive 19-9 win over Big Red to complete a sweep of the evening doubleheader. The NP girls prevailed 12-6 early in the night.

“The boys are starting to come into their own. We had a good summer – traveled to Junior Olympics in California – so we’ve had a lot of games,” NP coach Jason Grubb said. “We’re starting in a decent spot.

“We started a couple games slow this year. We definitely have been working on coming out with a little more punch, a little more teeth.” Nathan Rawa poured in six goals and had an assist and four steals.

“We wanted to pick the pace up,” Faikish said. “I like the way we started.” Andrew Davis (hat trick) and Breyden Kemezis (two goals) were also key weapons for the high-powered Knights, who got added contributions and a goal each from Mason Dimauro, Lance Engel, Owen Fritz and Danny Mitchell.

Big Red made a push in the second half but the Knights remained in control.

The North Penn girls also got out to a hot start.

The offense produced seven first-quarter goals. Balance was key for the attack. Many hands were at work, as Emma Raser and Anna Evans each notched hat tricks.

“The girls are coming around. We had two early losses this year against Wilson, and they’ve been working hard to rectify the issues they’ve been having in the last few games,” said Grubb.

Holding off Big Red, North Penn pushed to a 9-3 lead by the intermission. North Penn watches the action during its match with Souderton (Kev Hunter/MediaNews Group).