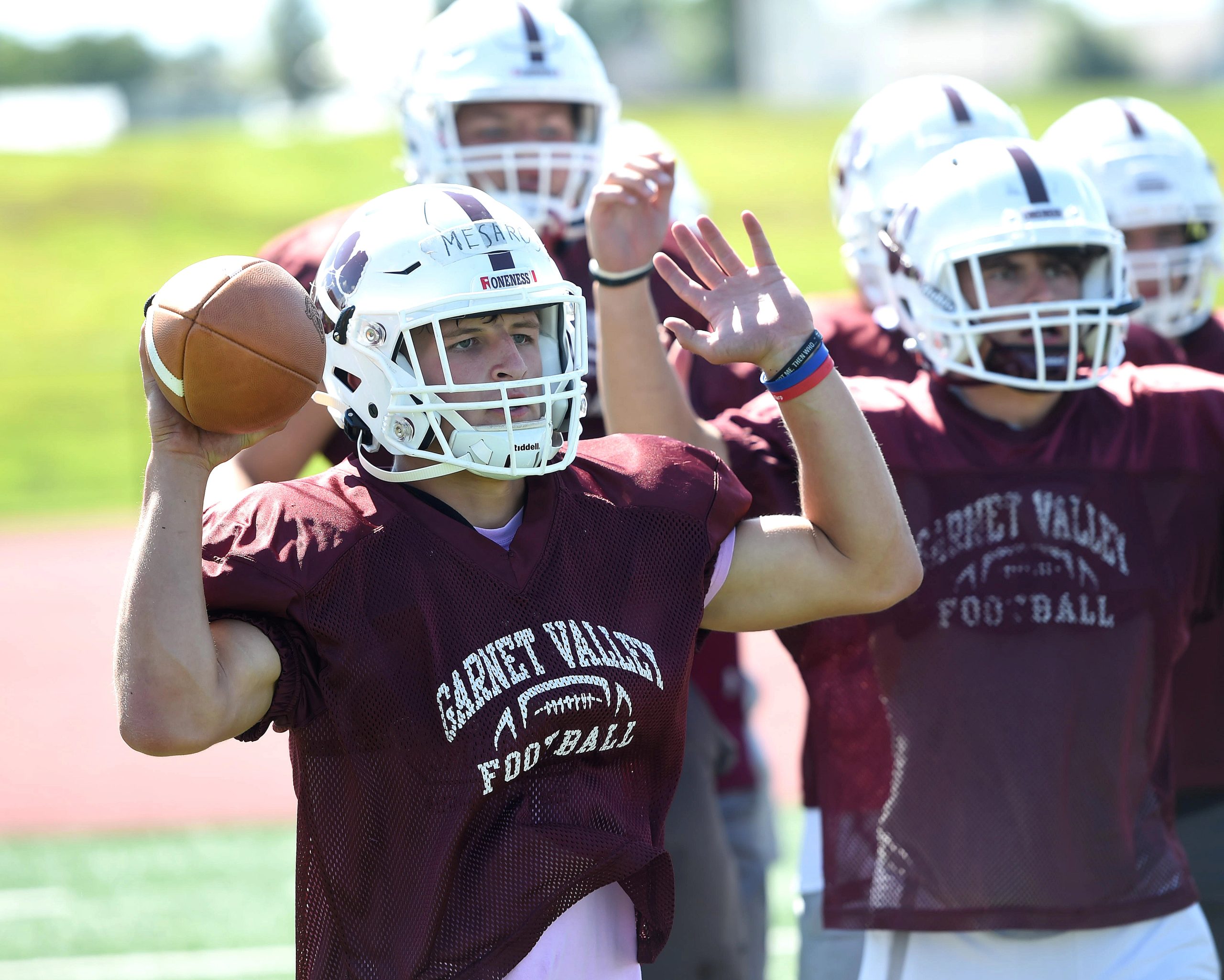 Jack Westburg scored four of Garnet Valley’s six touchdowns in the second quarter as the Jaguars cruised to a 55-20 victory over Upper Darby at Moe DeFrank Stadium.

Westburg, a senior running back, caught a pair of scoring passes from quarterback Matt Mesaros and ran for two TDs.

“Last week we didn’t play the way Garnet Valley football is played and this week we emphasized on every play to finish until the whistle is blown,” Westburg said. “I think that is what helped us tonight.”

The Jaguars (2-0, 1-0 Central) exploded for 41 points in the second quarter. The surge in offense was a welcome sight after the Jags managed only 13 points in their season-opening victory over Central Bucks West.

“The way we competed on defense last week was excellent but offensively we just didn’t see us finishing our blocks and runs. That was the big key for us this week,” GV coach Eric Van Wyk said. “We knew we had to execute to our potential.”

Garnet scored 40 straight points after UD found the end zone on its opening drive via a QB keeper from Montez Ellis. Drew Van Horn hauled in a 36-yard pass from Mesaros for GV’s first TD. A safety put the Jags ahead 8-6, then Jason Bernard plunged across the goal line from a yard out on GV’s next drive to make it 14-6.

The offenses stole the show in the second quarter.

Ellis was outstanding for the Royals (0-2, 0-1). He connected with Lavar Jackson for a 60-yard touchdown pass and also found paydirt on an 11-yard scramble. The senior rushed for 123 yards and threw for 88.

Marple Newtown 37, Penncrest 6 >> Brian Box had a pair of short scoring runs, and David Bertoline ran for a touchdown and threw for another as Marple Newtown won away from home in the Central League opener for both teams.

Paul Defruscio added a touchdown run in the second half for Marple Newtown.

Rayborn opened the scoring with a three-yard rushing TD in the first quarter and added a nine-yard score in the third. In between, he hit TJ Cadden for an 80-yard touchdown, putting EA up 13-0. Rayborn also tossed a 24-yard touchdown to TJ Lamb in the fourth.

Avon Grove 29, Penn Wood 20 >> The Patriots led early and had chances in the second half to retake the lead and earn their first victory since the 2021 spring season but could not pull off the comeback.

Kivaleon Clark hauled in touchdown passes of 72 and 55 yards to stake Penn Wood to a 14-8 lead in the second quarter. But the Red Devils scored 21 of the final 27 points for their first win of the season.

Harrison Watson scored on runs of 22 and 26 yards for Avon Grove. Sebastian Binstead 10-yard run with 2:19 left in the second quarter put the Red Devils up for good.

Unionville 35, Sun Valley 14 >> The Longhorns relied on the legs of Joe King, who was an absolute beast in the first half where he tallied 112 yards on 13 carries for three touchdowns. King finished the contest with 174 yards and was the difference-maker running behind a phenomenal offensive line.

The highlight for Sun Valley was Noah Griffin’s sensational 41-yard touchdown run in the first quarter and Jack Penzone’s 52-yard scoring run in the fourth.

Nathan D’Angelo led the Longhorns defense with 1.5 tackles for loss.

Anthony Spurio scored on a one-yard rushing touchdown to give Carroll a 7-0 lead after one quarter.

Shawn Herbert threw a pair of touchdowns passes to Aidan Tuffy, and Stephen Broderick ran for a pair of scores.