Dominant win for Downingtown East in non-league opener with Pennridge 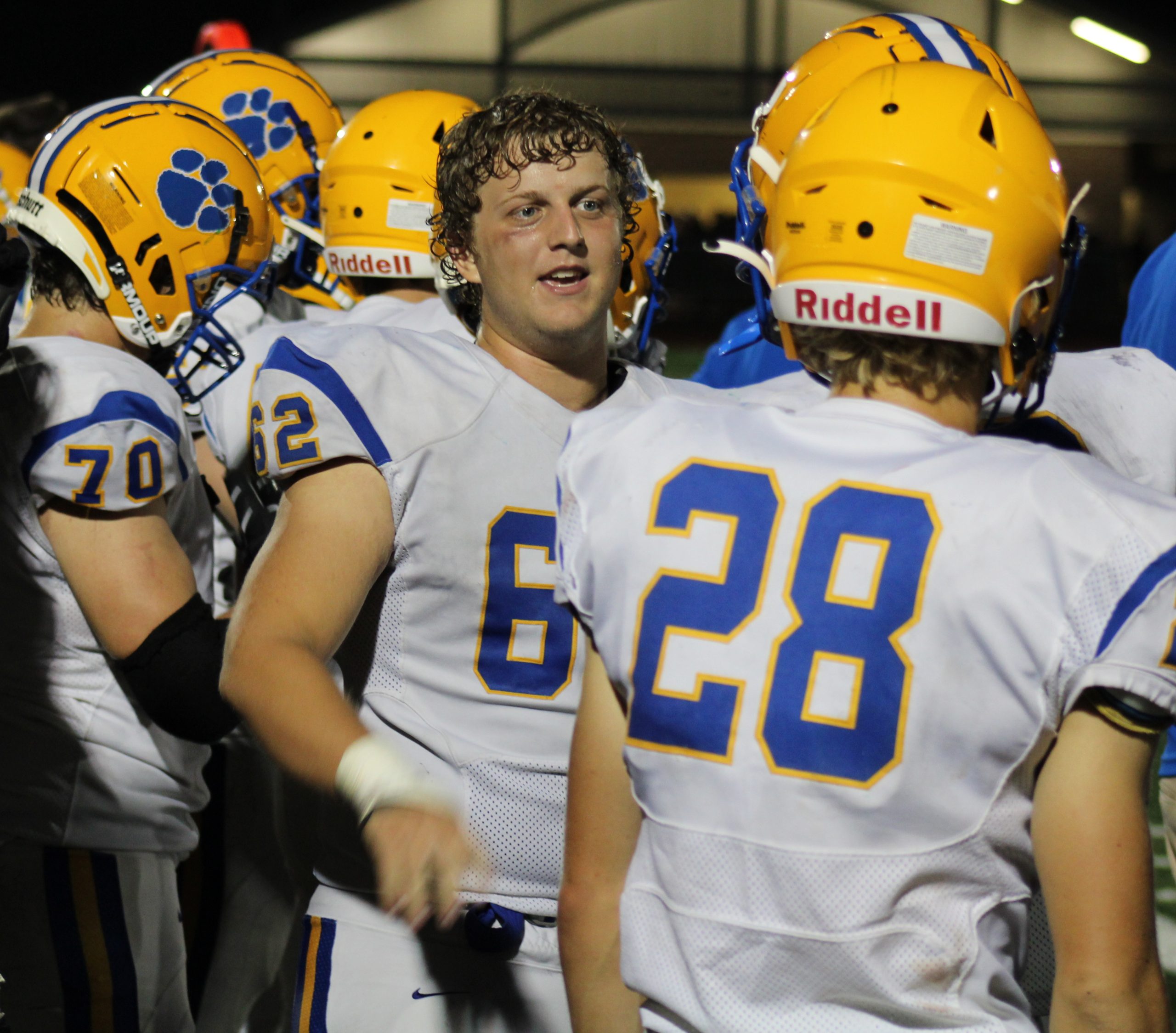 EAST ROCKHILL — After a fast start by Pennridge, the rest of this muggy evening belonged to Bo Horvath and hard-charging Downingtown East.

The Cougars sweated out 203 yards on the ground – 101 by Horvath – and pulled away to a 31-13 non-league victory on Opening Night at Helman Field.

“First game of the season so it’s always a big one,” said Horvath, whose versatility produced 101 yards and a touchdown on the ground along with 42 yards receiving. “We just came out fired up and got the job done.”

Downingtown East’s grip on the contest was so tight that it had a 75-45 edge in plays from scrimmage. The Cougars controlled the ball, were ahead by 11 at halftime and opened up a 31-6 lead early in the fourth quarter.

Horvath’s TD – a seven-yard surge in the second quarter – turned a 7-6 advantage into 14-6, as the Cougars began to take control.

“I felt pretty good,” Horvath said. “I think I could have done better. I definitely need to hydrate more. I think we were just knocking off rust as a team.

“(In that second quarter, we could feel the momentum shift) but I was still on my toes because the game’s never over. We just kept working.”

East also got 127 yards through the air by quarterback Jameson Jenkins and a stifling performance from its defense, which allowed the Rams just five first downs all evening.

Pennridge’s Brennan Fisher rumbled for 182 yards and two scores on the ground, including the 73-yarder just 1 minute and 29 seconds into the contest that gave the Rams a 6-0 lead in Chuck Burgy’s debut as head coach.

“You couldn’t ask for a better start,” said Burgy. “Downingtown East is a good, physical team and they came up here and played smashmouth ball. We made too many mistakes and shot ourselves in the foot.

“We’ll study film, learn what we can, and get back at it on Monday.”

Pennridge quarterback Pat Burdick (3) communicates with the sideline during the game with Downingtown East.

The Cougars got going on their second possession of the contest.

Runs by Horvath, Michael Waite and Jenkins set the pace on a 45-yard march, which culminated with a one-yard sneak by Jenkins. James Blake’s extra point put East ahead for good, 7-6.

Horvath capped the Cougars’ next drive with his seven-yard score, and a 28-yard field goal by Blake – with just two seconds left in the half – provided a 17-6 edge at the break.

Both defenses came up with stops in the third quarter, including one of two interceptions on the night by Pennridge (Sam Kuhns, Vince Dam).

“Our secondary was a shining point in this game,” Burgy said. “We got a couple turnovers there, put us in spots to do something with the ball. And turn the tide of the game.”

The Ram offense could not convert the takeaways into points: the Cougars would get an interception of their own by Owen Lammy and forced a pair of three-and-outs.

A mix of runs and a timely 13-yard strike from Jenkins to Waite set up a six-yard rushing TD by Waite, making it 24-6 Cougars late in the third quarter.

Downingtown East widened the gap to 31-6 in the fourth when its special teams provided a big play, a fumble recovery for a score by Fred Bono.

Fisher finished off his sensational evening with another big burst, a 55-yard touchdown run that capped the scoring.