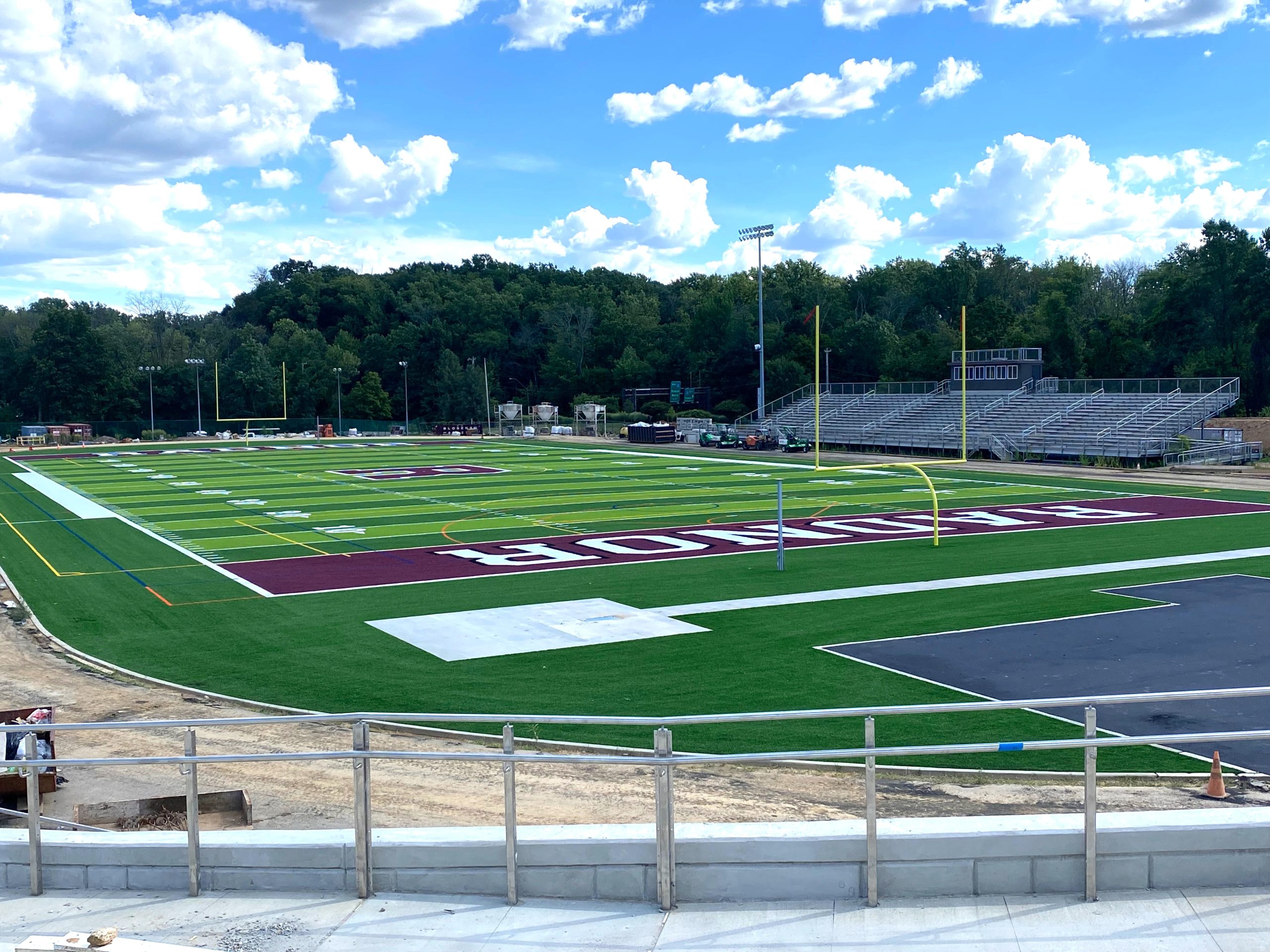 RADNOR >> The momentum was real, the progress measurable and the enthusiasm building for the Radnor High football program before a one-two punch of circumstance led to Kyle Yeiter.

With experience on the coaching staffs of some of the region’s more recently decorated programs — including Cheltenham and Archbishop Wood — Yeiter is the Raptors’ first-year head coach. To the longtime Radnor Middle School teacher, the timing is ideal. Then again, it could not have been much worse.

After successfully building a program that yielded a 7-4 record in 2019, former coach Tom Ryan first dealt with the health restrictions that limited the 2020 season to six games and no postseason. Then came 2021, when the Raptors would not play a single on-campus home game while Prevost Field was being reconstructed.

Ryan retired after the 3-8 2021 season but left enough hints that a rebound was possible to have Yeiter spreading enthusiasm. Using upgraded video technologies and his motivational skills, Yeiter has had the Raptors active since April and convinced that a return to Central League relevance is near. While keeping some of the playbook of Ryan and holdover offensive coordinator Larry DiSipio, Yeiter, a Wood assistant last year, has been determined to run his program under the model that helped propel the Vikings to state championships in 2008, 2011, 2012,, 2013, 2014, 2016, 2017 and 2019.

Yeiter had a close-up view of that 2019 championship as he was the assistant to his brother Mike Yeiter at Cheltenham, which fell to Wood, 19-15, in the Class 5A championship game.

“It’s easy to learn,” said Raptors’ senior wide receiver and defensive back Tommy DeShan. “We have great coaching and it’s going to be very fun.”

Though Yeiter has not been assured that Prevost Field will be functional at the start, he is confident that it will be ready sometime during the season. Until then, the Raptors likely would play some home games, as they did last season, at neighboring Conestoga High. Either way, they could be a handful.

“The buy-in from the guys has been great,” Yeiter said. “We have a lot of tools and resources, and technology that we’re using. So we’re in a really good spot.”

Largely due to a deep cut on his leg sustained by playing hockey, Tucker Graham missed some time last season and was shuffled from the quarterback rotation to wide receiver and in the secondary. But the junior is healthy and will be Yeiter’s first quarterback. A sizable offensive line of 6-6 left tackle Dom Laudicina, guard-tackle Keaton Monaghan, who is 6-2, 6-2 senior center Gabe Douthwaite and 6-2 senior guard Anton Skvortzov should allow Graham time to find the speedy DeShan, Amir Byrd and Aiden Roselle in the passing lanes.

“I’m super pumped,” Graham said. “In my freshman year, I got to split time on the JV with Jude Wallin, who graduated last year, and it was awesome. Ever since then I have been looking forward to this.”

Yeiter will import the defense he helped his brother run at Cheltenham, with Laudicina, Monaghan, Douthwaite and Skvortzov manning the line. Seniors Matt Brown and Connor Eustice will be the featured linebackers. DeShan and Byrd will start on the corners, with Roselle set at safety.

“We have some experience,” Yeiter said. “Tucker Graham is pretty experienced. Tommy and Amir are really skilled rushing guys, game-breakers for you, and that’s always nice to have.”

Immersed in the school district, Yeiter has always had an appreciation for Ryan and the Radnor program. Acknowledging that he must be “put through the wringer,” that is the coaching-deep Central League, he knows his one-year of Catholic League experience at Wood, and earlier in his career at Father Judge will be helpful. And at Cheltenham he was able to enjoy success in the Suburban One, comparable to the Central League in balance and skill level.

“We’ll get to see where we are at the very beginning,” Yeiter said. “We’ll get a good bearing. But, expectation-wise, as long as we stay healthy, I feel pretty good.”