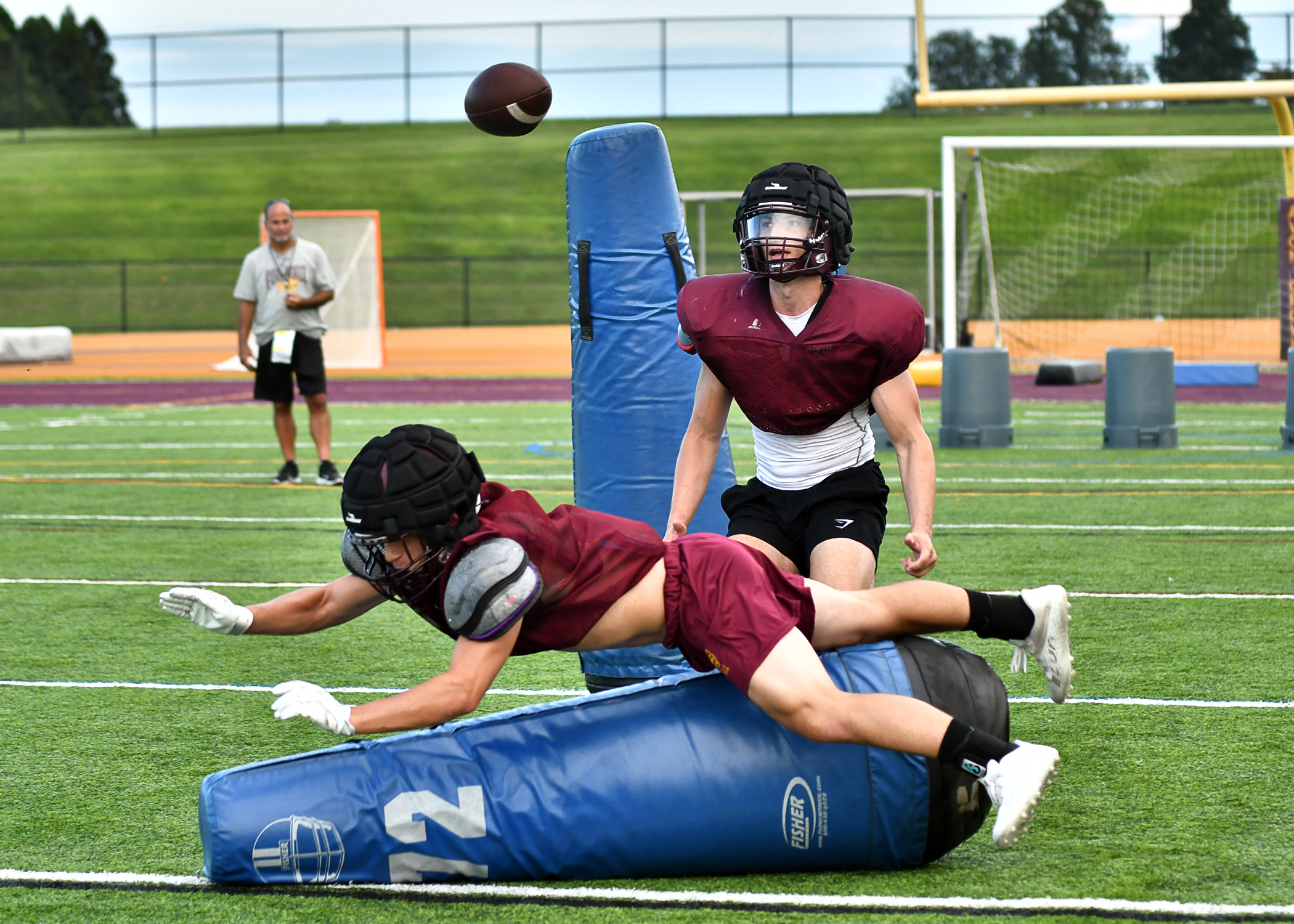 WEST GROVE >> With a young team facing a monster schedule, the Avon Grove football team finished last season with a record of 3-7.
Heading into the 2022 season under third-year coach Joe Coffey, the Red Devils will look to a now-seasoned group of senior captains to lead the way.
They have 12 returning starters, including a trio of two-way starters in seniors Josh Oswald (OL/DL), Owen Yoder (WR/Safety), along with junior Cole Walsh (TE/LB).
Also returning on offense are seniors Thad Binstead (RB) and Nate Tesche (C), and junior Lucas Laganelli (OT).
“We will look for our offensive line to anchor us in 2022,” said Coffey. “We’re returning two, three-year starters in senior captain Josh Oswald and junior Lucas Laganelli (2nd Team All Ches-Mont-National), along with returning senior center Nate Tesche. The entire offensive line will be equally fast and physical for many different backs to carry the football.”
That running game will include backs Thad Binstead (senior, 2nd Team All Ches-Mont-National), along with senior Frank McKeown, junior Harrison Watson and sophomore Zach Sheridan. When the Red Devils take to the air, first-year quarterback Joey Marczely will target receivers Noah Brown (Sr.), Gavin Picard (Jr.), and Walsh, along with newcomer Andrew Czerpak (Sr., TE).
“We will look to put our athletes in the best position to make plays and control the tempo of the game that best fits our personnel as the season progresses,” said Coffey.
Defesnsively, Avon Grove will count on senior captains Jose Garica on the defensive line and Yoder at safety. Junior cornerback Trevor Dosenbach (2nd Team All Ches-Mont-National) joins Yoder in the secondary, while Walsh will anchor the middle of the defense at linebacker.
“We will look for our youthful defense to get better every single day as we return four starters on defense,” said Coffey. “We will be very athletic and fast to fly to the football on every down. The defensive line will be quick off the ball to disrupt the opponents’ backfield. We return three starters in the secondary where we can match the opponent’s speed and experience.” On special teams, Avon Grove returns junior kicker Adam Okonowicz,.
“Okonowicz has both a strong and consistent leg,” said Coffey. “We will count on him to execute PAT’s, field goals and look for him to put the ball into the endzone on kickoffs. We will need to be consistent with covering both kicks and punts. On the returning end of special teams, we will look for explosive plays to put our offense in better field position.”
Coffey is counting on his captains to set the tone for his younger players, and expects them to do just that.
“Our biggest strength is the leadership from our captains on and off the field,” said Coffey. “And this is an offensive and defensive line group that has put in a lot of work since January, and are looking to see that work pay off this fall.”
Avon Grove opens the season at home, hosting neighboring Oxford in a Ches-Mont crossover game. Their first Ches-Mont National game is against Downingtown West on Sept. 16.