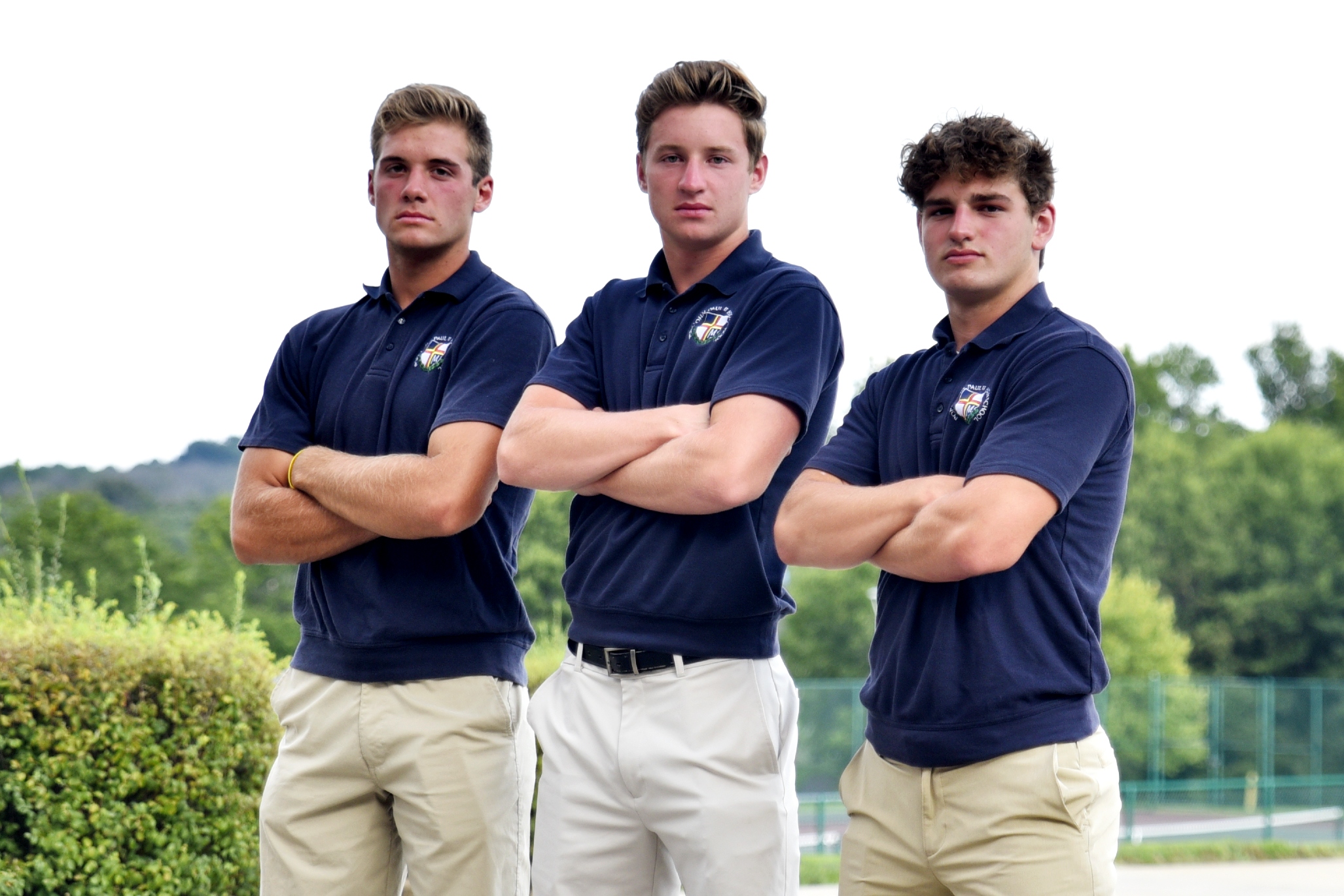 Even after exiting the field soaked and dejected following a Pioneer Athletic Conference championship loss to Perkiomen Valley last season, the Pope John Paul II football team thought its season would go on.

Then all of the sudden it didn’t.

To add onto the disappointment of title game loss, multiple teams jumped the Golden Panthers in the District 1-4A power rankings in the final game of the season to end PJP’s campaign much earlier than it planned.

“With the loss to PV, that hurt a lot, especially with us not making districts after a couple teams made it over us who we had beat,” senior running back/safety Derek Skarbek said. “That was really disappointing because we weren’t really sure our season was going to end that night and it did. It kind of happened all at once.

“It’s definitely a chip on our shoulder for this year. We’re going to look to improve on that this year and hopefully we can make it different.”
The Golden Panthers have a new man guiding the program in 2022 after eight-year coach Rory Graver departed for Wissahickon. A familiar face takes over as Scott Reed, who spent 12 seasons as the gridiron boss at Perkiomen Valley, takes his place.

Reed was an assistant at PJP last season, which helped him hit the ground running.

“I had a good idea, just knowing kids names is a big part of it, just identities,” Reed said. “I had a good idea position-wise of where kids would fit in, maybe a couple changes here or there.”

Reed led PV to an 81-54 record during his tenure, which included PAC championships in 2007 and 2014 and four District 1 playoff appearances.
His players are excited to have him leading the way.

“Coach Reed had a lot of success at PV, but he was with us last year, so it wasn’t that hard of a transition,” Kenning said. “We got a new coaching staff and everything but as a team we adjusted really well with it and we’re all really familiar with Coach Reed and how he runs things. I think this offseason we developed a lot more trust in him, and I think going forward that’s really going to be helpful for our team.”

“Everyone on the team has a focus, just has an energy,” senior linebacker/tight end Chris Lucci said. “They want to compete everyday. A new coach brings a new energy to the team and so far everyone’s looking really good.”

Kenning and a handful of others missed time with injuries last season, opening the door for some younger players to gain added experience. The result is a Golden Panthers group that should have plenty of depth in 2022.

PJP replaces its quarterback for the third straight season. Following the departure of first team All-Area QB Kamal Gray in 2019, signal callers Rocco DiRico and D.J. Clarke did not let the play under center diminish in their individual seasons, guiding the Golden Panthers’ offense as they continued to guide a dangerous passing attack.

Sophomore Luke Trelesky was a frontrunner to win the position at the start of camp, while senior Logan Wessalt saw some time behind Clarke last season.

Along with Clarke, PJP lost top skill position players Josh Little, Steele DePetrillo and Kese Williams, but a handful of others will be looked upon to fill their voids collectively.

The Golden Panthers feel their strength on both sides will be in the trenches, however, where Kenning, senior OG/DT Sean Lyons, senior OT/DT Nyzir Lake, senior OG/DE Connor Albeck, junior OT/DT Aidan Sgarra and sophomore C/DL Chase Frantz offensive and defensive tackle all return with experience.
“We’ve got a lot of seniors and upperclassmen on the line with some experience, so I think that will actually be very helpful to us and it’s something we’ll kind of lean on this season,” Kenning said.

The Golden Panthers won their first PAC Frontier Division title and played in the league championship for the first time in 2019 before adding a District 1/12 3A championship and the PIAA Class 3A berth later that season.

While things within and beyond their control — COVID-shortened season in 2020 and the District 1 power rankings system in 2021 — have kept them from attempting another postseason run, another division crown highlighted last season that there hasn’t been a drop-off.

Staying atop the Frontier and getting a deserved postseason return are priorities this fall.

“Like every year, we want to win the Frontier,” Derek Skarbek said. “We want to win the PAC championship. But obviously we want to start with our first game, those out of league games because that’s what helps us with districts. I know we lost two of those last year and that’s part of the reason we didn’t make districts, so definitely the out of league games we need to focus on first, starting with Carroll in our first game.”

This season’s non-league slate includes Carroll, Berks Catholic and SCHA once again in addition to the Public League’s John Bartram and the Catholic League’s Father Judge.

The hope is to take care of business to avoid any power ranking drama at the end of this season.

“It’s been a great challenge for us, and it’s just made us a better team overall,” Lucci said. “I think that scheduling them again shows something about our program that we want to compete and we want to get better and it helps us with our PAC play. I think it’s going to help us a lot if we want to make it to districts this year and make a run.”

After winning the last two Frontier crowns, teams will be gunning for the Golden Panthers in 2022. But there shouldn’t be any letdown after the gutting end to last season.

“I know that last game especially (the PAC championship loss), that’s a lot of motivation for us moving forward and we’re looking to use that to propel us into this season,” Kenning said.