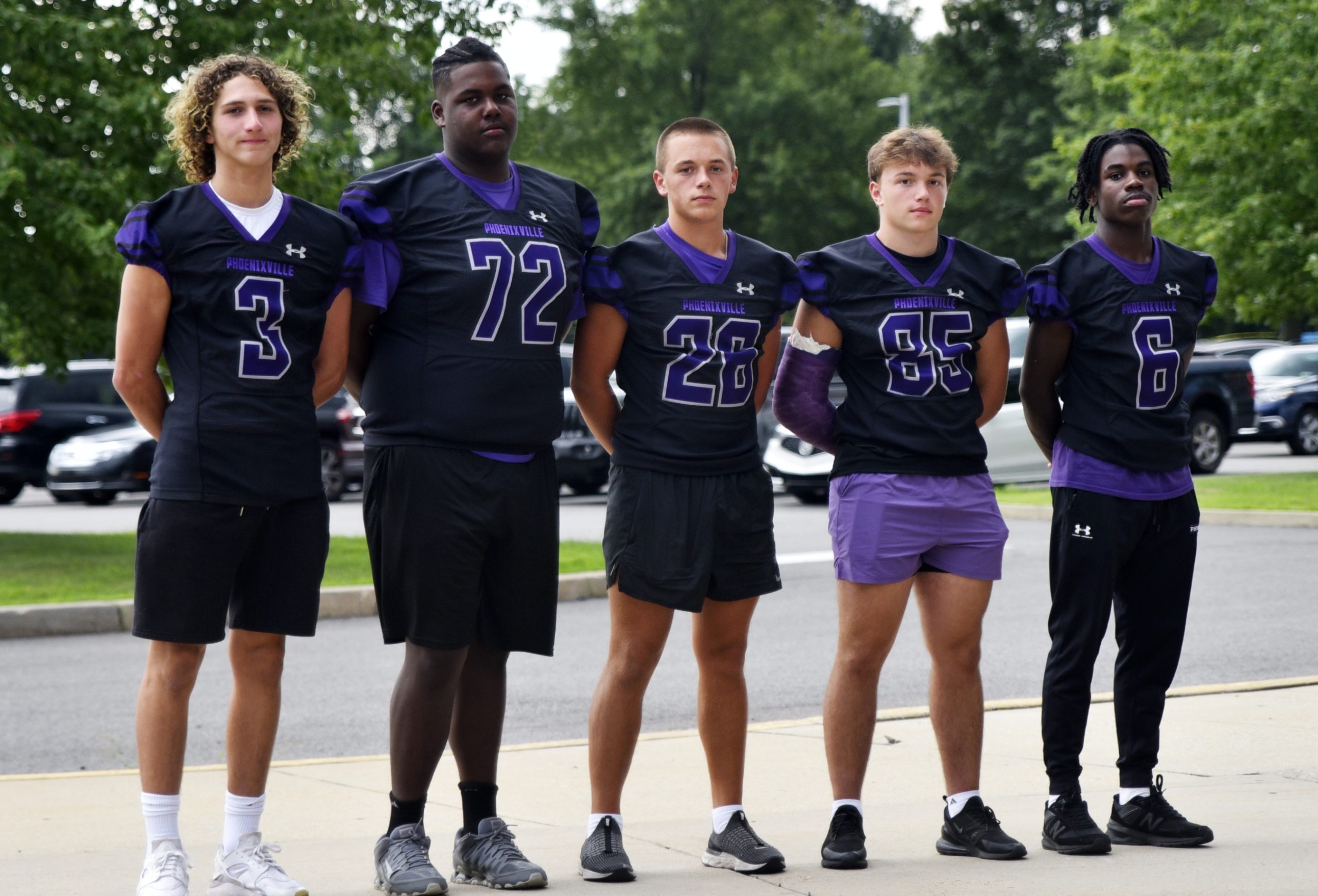 The start of the 2021 season was one Phoenixville would just as soon forget.

The finish? One it definitely wants to reprise.

From a COVID-affected 1-4 beginning to a four-game win streak that made them playoff-worthy, the Phantoms effected one of the biggest turnarounds the area saw last fall. They rolled past Pioneer Athletic Conference opponents Upper Perkiomen, Upper Merion and Pottstown before holding off Owen J. Roberts, 6-2, in their divisional crossover pairing.

That got Phoenixville (5-5 overall, 3-2 PAC Frontier) into the District 1 Class 5A playoffs against Marple Newtown, which advanced on a 21-14 victory. Suffice it to stay, the Phantoms are focused on picking up this summer from where they were back in November.

“We’re starting off from where we left off,” Sam Moore, a junior who was a second-team PAC Frontier pick last fall, said. “Everyone is playing with energy, looking to get back to districts. We want to continue what we did.”

Underclassmen like Moore hold a big key to Phoenixville’s hopes for better fortunes this fall. The team’s 46-man roster lists only six seniors, adding emphasis to the culture strengthening head coach Anthony Ciarlello and his staff brought in last season.

“We’re trying to establish them being great teammates,” the Phantoms’ third-year field boss said. “This year we’re going to be better. We’re pushing each other.”

Big in expectations among the 11th-graders are Ty Romance and Jamie Gray, Jr. Romance has been in the varsity mix since his freshman year; as a sophomore quarterback, he completed more than 50 percent (69-for-134) of his pass attempts for 1,007 yards and 10 touchdowns.

“Our offense will be strong,” Romance said. “We got together on ZOOM meetings and worked 7-on-7s during the off-season.”

Gray, a two-way lineman, brings size and power to both sides of the trenches. He’s part of what promises to be an overall level of improvement up front.

“The offensive line will be better,” Gray said. “We’ve been working on our strength in the weight room. We’re all stronger than last year.”

Moore and classmate Darius Watson figure to join Romance in the offensive backfield, Moore at running back and Watson at fullback. In the passing game, seniors Ahmid Spivey — he was a first-team PAC Frontier wide receiver in 2021, with 20 catches for 303 yards and two TDs — and Lucas Beecher (tight end) look to lead the way.

The offensive line will see junior Danny Aselton and sophomore Andrew Kirk join Gray Jr. at tackle and guard, respectively. Aselton figures to be a big part of the Phantoms’ offense and defense, and Kirk is renowned as someone who “comes out to play.”

On defense, Gray Jr. is on the line alongside tackle Kirk and end Aselton. Moore and Beecher are at linebacker, with Spivey at free safety.

“The line on both sides is enjoying success,” Moore said. “The defensive line is better, encouraged to play up to a higher level.”

COVID tracing cost Phoenixville its scheduled 2021 season opener with neighboring Great Valley, and the mandated 10-day shutdown period left it unable to start until Saturday, Sept. 4. An on-time start this year will have the Phantoms at Great Valley Friday, Aug. 26.

Ciarlello will be looking for his charges to come out playing at the high level at which they closed the 2021 campaign.

“We tell them what we’re doing wrong, and they come out and fix it,” he said. “The coaches set a very high bar. Monday (Aug.8 first practice) was rough, but they came back and showed what they are.”