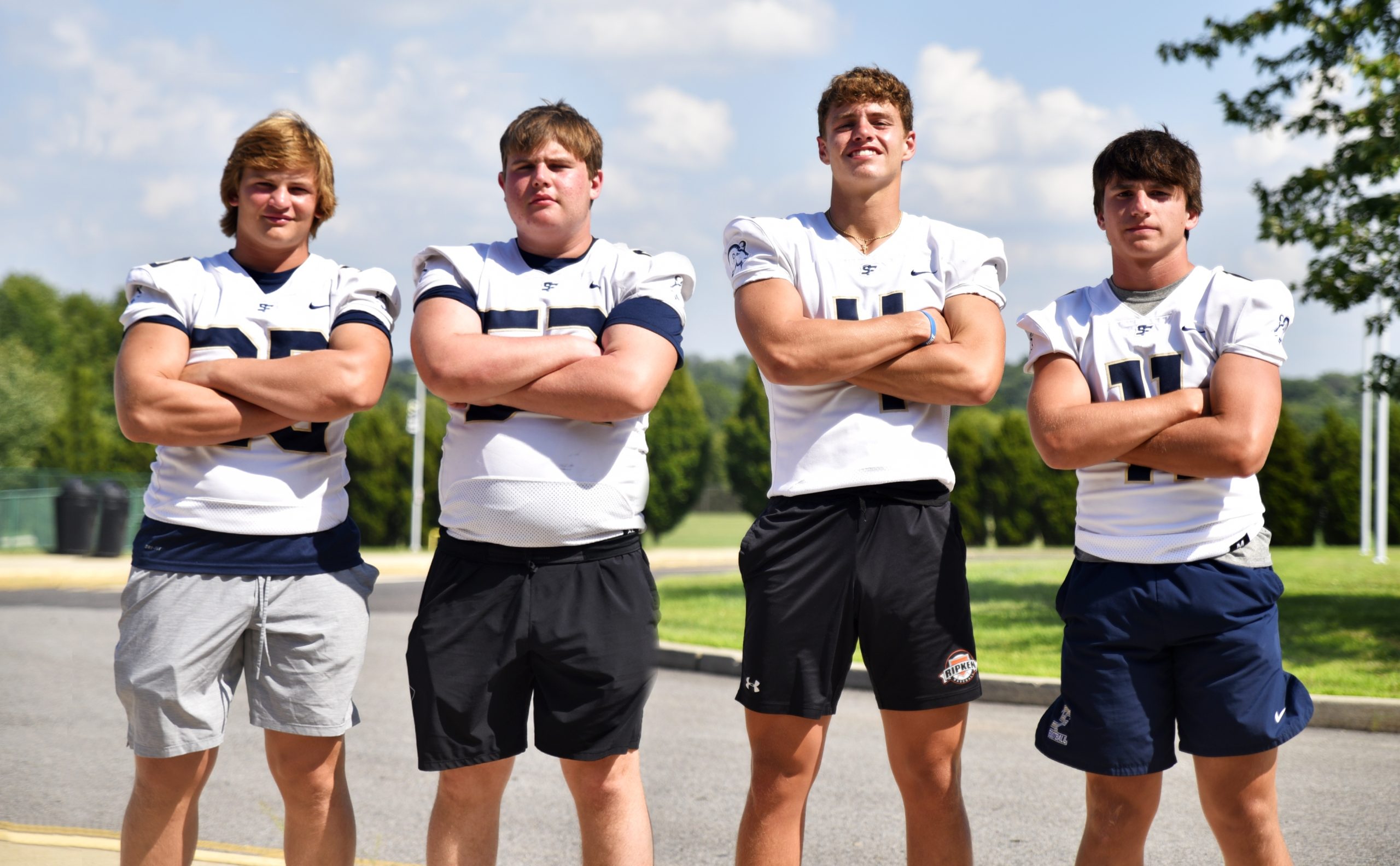 A record of 6-5 falls short of the standard established by Spring-Ford’s football program.

But it wasn’t the record itself the Rams found most frustrating in 2021.

While the team’s six victories came by an average of 41 points per game, the losses came by a combined total of 31 points with four games decided by less than one score, including the season-ending loss to Downingtown East in the District 1 Class 6A playoffs.

“It’s the most motivating thing to us this season,” said Zach Zollers. “So many single-score games – we know how close we were to [winning] several more games.”

Zollers, a wide receiver/defensive end, figures to be a key to the Rams’ hopes for a turnaround. Arguably the PAC’s most versatile player, Zollers received first-team honors as both a tight end (45 catches, 616 yards, 9 TDs in 2021) and a defensive end (40 tackles, six sacks) a year ago. This year, coach Chad Brubaker looks to move the senior to wide receiver on offense. “We’ve had players who’ve been difference makers on both sides of the ball,” said Brubaker, “but not necessarily with Zach’s versatility to do so many different things on both sides.”

“We work together all the time in the backyard because it’s just that easy,” said Zach Zollers. “It helps us to perfect our timing.”

Matt Zollers’ speed and athleticism figures to add another component to a Spring-Ford offense looking to replace the graduated Harry Adieyefeh in the running game, a job that will fall to a committee of running backs led by seniors Will Fish and Gage Swanger – the latter of whom will also spend time at receiver.

“Gage will play at every skill position on offense,” said Brubaker.

“I think we’ll be able to throw the ball down the field,” said Swanger, “plus we have most of our offensive line returning.”

That line is led by senior guard Michael Scalia, who joins center Ryan Shaner as well as juniors Owen Norman (right tackle) and Luke Ellor (left tackle) as returning starters. “Our understanding of the playbook, our chemistry as a unit – it’s much improved with the time we’ve had to work together,” said Scalia.

Aside from Zollers, Spring-Ford’s defensive line will benefit from the return of Luke Pajovich, whose quickness and strength afforded him nine tackles for loss a season ago, alongside promising junior Evan Strzeminski.

Fish, the leading returning tackler on defense, will be joined by junior Mike Bendowski at linebacker, while Swanger provides veteran leadership to a young secondary with several candidates for playing time.

The Rams won’t ease into the season, as they’ll travel to Governor Mifflin to open the campaign. The Mustangs were District 3 finalists in Class 5A a year ago. Games at home with 6A foes Olney Charter, Manheim Township, and Cumberland Valley will ensure the Rams are battle-tested while maximizing playoff power ranking points before getting into the meat of the PAC Liberty schedule.

“I feel like that non-league schedule prepares us for the PAC,” said Swanger. “These teams are powerhouses; it forces us to play up to the level we’re capable right away.”

Once PAC play does begin, this class of Spring-Ford seniors will be doing the hunting for a change after Perkiomen Valley snapped their two-game winning streak in the rivalry last season.

“It doesn’t really change anything,” said Scalia. “The goal of winning the PAC never changes, regardless of what happened the year before.”

But this year, it’s Spring-Ford’s own desire to prove they can finish strong in tight games providing the motivation – not just against the rival Vikings but throughout the 2022 campaign.

“Those losses leave a bad taste in your mouth,” concluded Zach Zollers. “One or two plays go the other way, and we easily could’ve had at least one more playoff game. When you know that, it pushes you to put in the work that allows you to make those plays.”

Aiden O’Brien, Tommy Hannon set tone for Plymouth Whitemarsh
Phoenixville hoping to pick up where it left off after strong finish in 2021