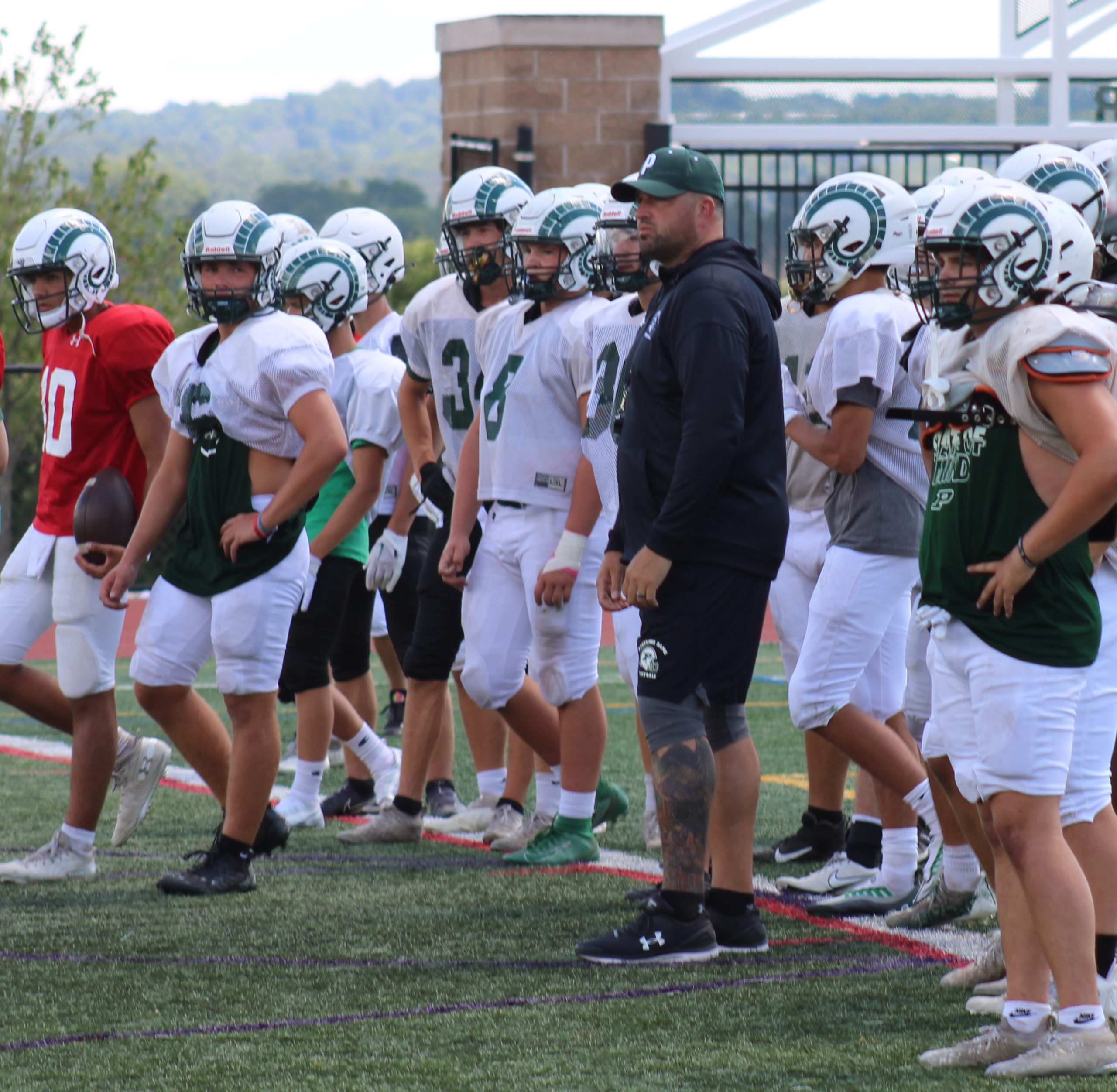 “I wanna say right now that we’re gonna be the best defense in the state — statistically, aggressively, energy-wise…When you come here on a Friday night, you’re gonna fear us,” said the Pennridge senior middle linebacker. “I’m telling you that right now. We got some dogs out here.”

The Rams’ defense should be a swarming, disruptive force for coach Chuck Burgy in his first season as head coach.

“We have a senior-heavy team. Like 20 seniors who have been through this quite a few times,” he said. “So there are no surprises. And it’s good to have that experience trickle down to the young guys. They can kind of set the expectations and get us going.”

Coming off back-to-back playoff seasons, Pennridge heads into 2022 a confident, experienced group, especially on the defensive side of the ball.

“Our defense is special. You’re gonna feel us every single play,” said end Will Smith.

There is familiarity, both on the field and on the sideline.

“Craig Whitten is taking over as defensive coordinator and he’s been here as long as I have,” said Burgy. “We’ve been working together for a long time. He’s ready to go, and he’s been involved with the defense since the start and now he gets to put his thumb print on it. So the intensity is there. He definitely has the ability to get the guys going.

“We have a core group of guys who did very well last year and are looking to build off of that.”

Pennridge players do a running drill during a practice on Monday, Aug. 15, 2022. (Kev Hunter/MediaNews Group)

O’Brien, Smith, Ryan Kirkwood and Chase Washington should all play pivotal roles for the Rams’ defense, along with Connor Lelii helping man the secondary.

The offense, meanwhile, goes to a spread formation this fall.

Said Burgy: “Dave Cressman is a heck of an offensive coordinator. It’s really been fun working with him and just watching him do his thing. He comes in with a plan. There’s a purpose behind everything. Probably 80-85 percent of our offense is totally in, so the guys are getting used to it. They’re repping it every day and he’s there, teaching them on the spot. And really shadowing the quarterbacks and getting them focused and ready to go. But with the experience in our backfield and up front, it’s fun to watch.”

“They play very well together. They know each other and really hold each other accountable,” said Burgy. “There’s always an intensity there and a camaraderie there that you can’t fake.”

Said O’Brien, who will play fullback on offense: “I think (the spread’s) gonna be really helpful and beneficial for us. We got Brennan at running back. He’s fast, strong, 200 pounds now — up 25 pounds from last year. He’s looking to be a beast this season.

“Tyler Wetzel — I like to call him ‘Little Derek Henry,’ because he doesn’t look fast but he is fast.”

“We do have a lot of potential on offense. Our line is better than last year, in my opinion. I watched them just do their thing,” he said. “They’re moving a whole lot more. They’re aggressive, they’re nasty, so I can’t wait to see what they do on a Friday night.”

Burgy and his Rams are excited to get it going.

“Now that we’re here, this is the fun part. We put in the offseason work and now it’s real,” Burgy said. “All eyes on Downingtown East.”

Helman Field has developed into a frenzied, boisterous home-field advantage for Pennridge over the years.

“The atmosphere is just insane,” added senior Will Smith. “We have so many people come here and support us. It’s a wonderful feeling. So I’m very excited to see what we can do this year.”