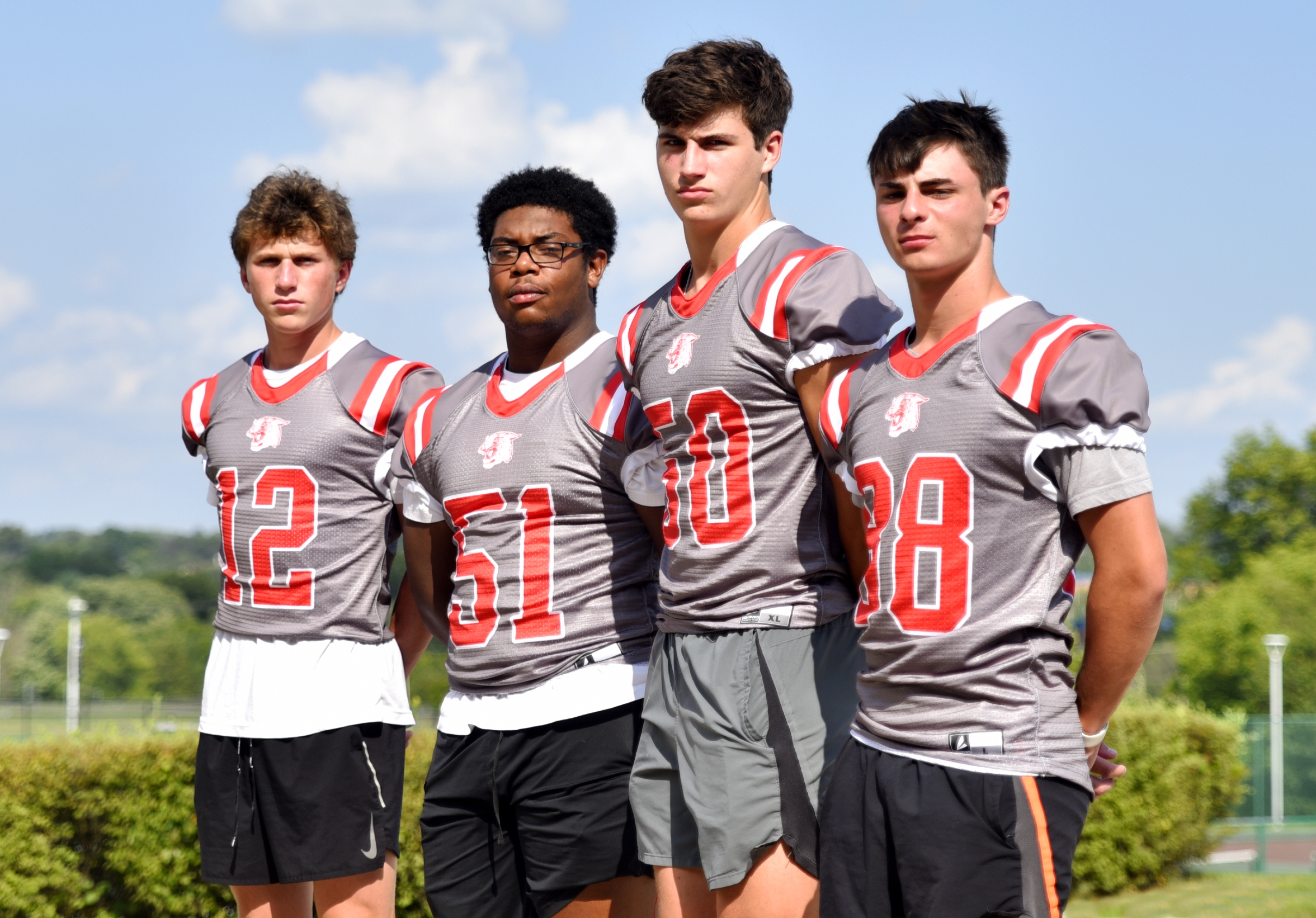 For the past several seasons, the two-horse race atop the PAC Liberty Division has left Owen J. Roberts in the proverbial ‘show’ position – good enough to finish in the money, but always wanting more.

The Wildcats have been to the District 1 playoffs in the past two full seasons (2020 saw the field limited to only four teams) and missed the field by one spot in 2018. This year’s seniors have yet to miss the playoffs in a full season, but they also have yet to celebrate a true signature victory by knocking off one – or both – of Spring-Ford or Perkiomen Valley.

Could 2022 be the year? The Wildcats come equipped with an experienced offense, led by senior quarterback Michael Reed, a three-year starter with 60-percent completions, 1,020 yards passing and six touchdowns in 2021. The PAC’s most experienced quarterback knows his role will be critical if the ‘Cats hope to take the next step.

“It’s just about keeping up with the game,” said Reed. “The game doesn’t move as fast; things slow down for me a little.

The Wildcats look to supplant two-time All-Area running back Avrey Grimm (Lebanon Valley College), and the first opportunity in the backfield figures to go to senior Hunter Rhoads (197 yards rushing, two TDs in 2021). It figures to be more of a bruising, between-the-tackles approach for the Wildcats, as Grimm’s pure speed and elusiveness are hard to duplicate.

But the approach suits a squad who believes physicality can be a lynchpin to success.

“We’re bigger, so we need to be more disciplined up front,” said right tackle Christian Gregory, one of two returning starters on the offensive line. “If we can, we have the ability to be a powerful team, move people around.”

But it’s far from a one-dimensional offense, as OJR returns not only QB Reed but his top target from last year in wide receiver Danny Cashman (38 catches, 467 yards, 4 TD in 2021.)

“I think our offense can be better [than last year],” said Cashman. “With Mike’s experience, and our ability to do different things, we should improve every year.”

Defensively, UConn commit Brandon Kelley figures to be a nightmare for opposing quarterbacks in his final year in Bucktown. Kelley, who also runs track, boasts a size and speed combination uncommon in high school football and is the type of player who keeps offensive coordinators awake on Wednesday and Thursday nights leading up to Friday games. He’ll be joined up front by fellow seniors Gregory and Alex Karnbach to give the Wildcats experience, size, and talent.

But most of all, OJR brings a determined attitude to that side of the ball, as they look to avenge a pair of performances that saw them allow 42 and 49 points to Spring-Ford and Perkiomen Valley, respectively.

“All through the winter, the spring, that’s been an emphasis,” said Gregory. “When we train, those games are what pushes us.”

“We’re really looking to get back at those teams who got us last year,” Cashman agreed. “That’s the key to taking the next step, becoming the teams that we know we are.”

In that regard, the Wildcats get to test themselves immediately, when Conestoga – a fellow District 1-6A playoff qualifier in 2021 – visits on opening night. Last year, the Pioneers survived a career night from Grimm to outlast OJR 17-14 in overtime.

“I don’t think we performed to our standards last year,” concluded Cashman.

He didn’t specify whether he meant against Conestoga or on the whole – but with OJR still looking for the school’s first District playoff victory, raising the standard could mean making history in his senior year.

Methacton looks to take next step in 2nd season under coach Kennedy
After reclaiming PAC crown in 2021, Perkiomen Valley is hungry for more