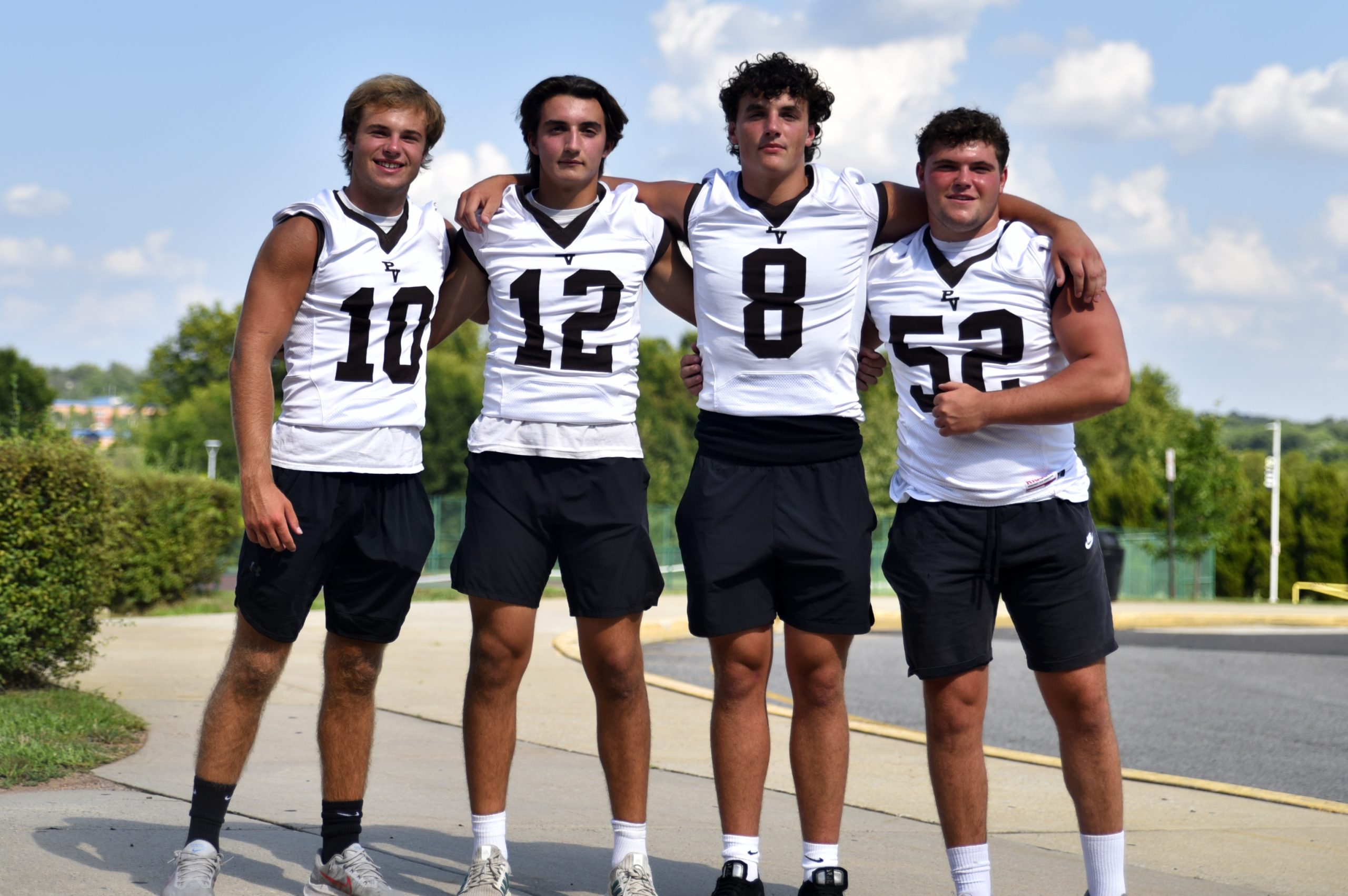 After two seasons of frustration against archrivals Spring-Ford, Perkiomen Valley returned to the top of the Pioneer Athletic Conference last season, toppling the Rams and claiming their first league title since 2018.

Yet the Vikings enter 2022 with arguably more motivation than they’ve had in years.

Becoming one of the most consistent teams in District 1 has yet to yield the level of postseason success head coach Rob Heist and his program strive to attain, a truth made more frustrating by just how close the teams has come to attaining that level.

Last season, Perkiomen Valley was within 16 total points from taking an unblemished 12-0 record to the District 1 semifinals. Instead, the season ended in the District 1 quarterfinals — a 35-30 loss to Coatesville that was PV’s second defeat to the Red Raiders.

“And it still eats at me,” said Heist.

Perkiomen Valley will attempt to defend the league title and take the next step in the postseason behind senior quarterback Danny Koehler, who supplants 2021’s Mercury All-Area Player of the Year in Ethan Kohler (West Chester University). Koehler’s past two years on varsity afforded him chances for game action plus the opportunity to learn alongside Kohler. While the two quarterbacks differ in style and skill sets, it’s unlikely Perk Valley will have to overhaul the offense to any extent.

Perkiomen Valley’s Ryan Klimek rushes into the end zone for a three-yard touchdown in the second quarter against Spring-Ford in 2021. (Austin Hertzog – MediaNews Group)

Part of the reason is a strong supporting cast that starts with senior running back Ryan Klimek, arguably the most versatile offensive skill position performer in the PAC. Klimek finished among the top 10 in the area in both rushing and receiving yards a year ago, plus led the area in total points scored thanks to his prolific work as a kicker (54 PAT, 5 FG with a long of 41.) His role could be even greater in 2022.

He’ll be joined by the PAC’s leading returning receiver, senior Michael Poruban, who finished behind only teammate Dawson Debebe among the receiving yardage leaders in the PAC last season. Poruban, also a standout on the baseball diamond, figures to headline the Vikings’ usual deep group of offensive targets.

“Last year, we spread the ball around to everyone — so it’s just about re-establishing our timing as a group,” said Poruban.

Multiple players are competing at the fullback position and will see time, a group led by Brad Curci, who averaged over eight yards per carry as a reserve last season and also features at linebacker on the Vikings’ defense. The line features three returning starters, including senior Grant Euker, back from a knee injury in 2021.

“We have size, we have cohesion. If we can stay healthy, I think we’ll be a strong group,” said Euker.

Senior defensive end Shane Nelson spearheads an experienced front seven for the Vikings. The first-team PAC Liberty performer is joined by Vance Junker and two-way lineman Cole Euker up front, with Curci and Carson Pascoe among the returning linebackers.

Graduations see the Vikings replacing most of their defensive secondary, with a mixture of upperclassmen and younger players competing for various roles. Klimek, the do-everything offensive weapon, may see an increased role on the other side of the ball in 2022.

“We have a number of options, all players whom I would feel very confident putting them into the game,” said Heist.

Perkiomen Valley’s Michael Poruban (12) reaches the end zone as Downingtown West’s Carter Grear (47) tries to make the tackle on a touchdown reception in the first half on Sept. 10, 2021. (Austin Hertzog – MediaNews Group)

The Vikings pride themselves on preparing with a challenging non-league schedule, and this season is no different as they will welcome Penn Wood and Downingtown West to Thomas J. Keenan Stadium in the first two weeks. A trip to Cheltenham is followed by a visit from Roman Catholic before the PAC slate begins.

But everything points to the October 7 showdown with Spring-Ford, the game that’s effectively decided the league champion the past several years… right?

“I really think the main thing we strive for is just go 1-0 every week,” said Grant Euker. “So we’re not concerned about last year, or about [Spring-Ford] yet… it’s about the next game.

“Big picture, we’re out to get another championship and defend our title as best we can.”