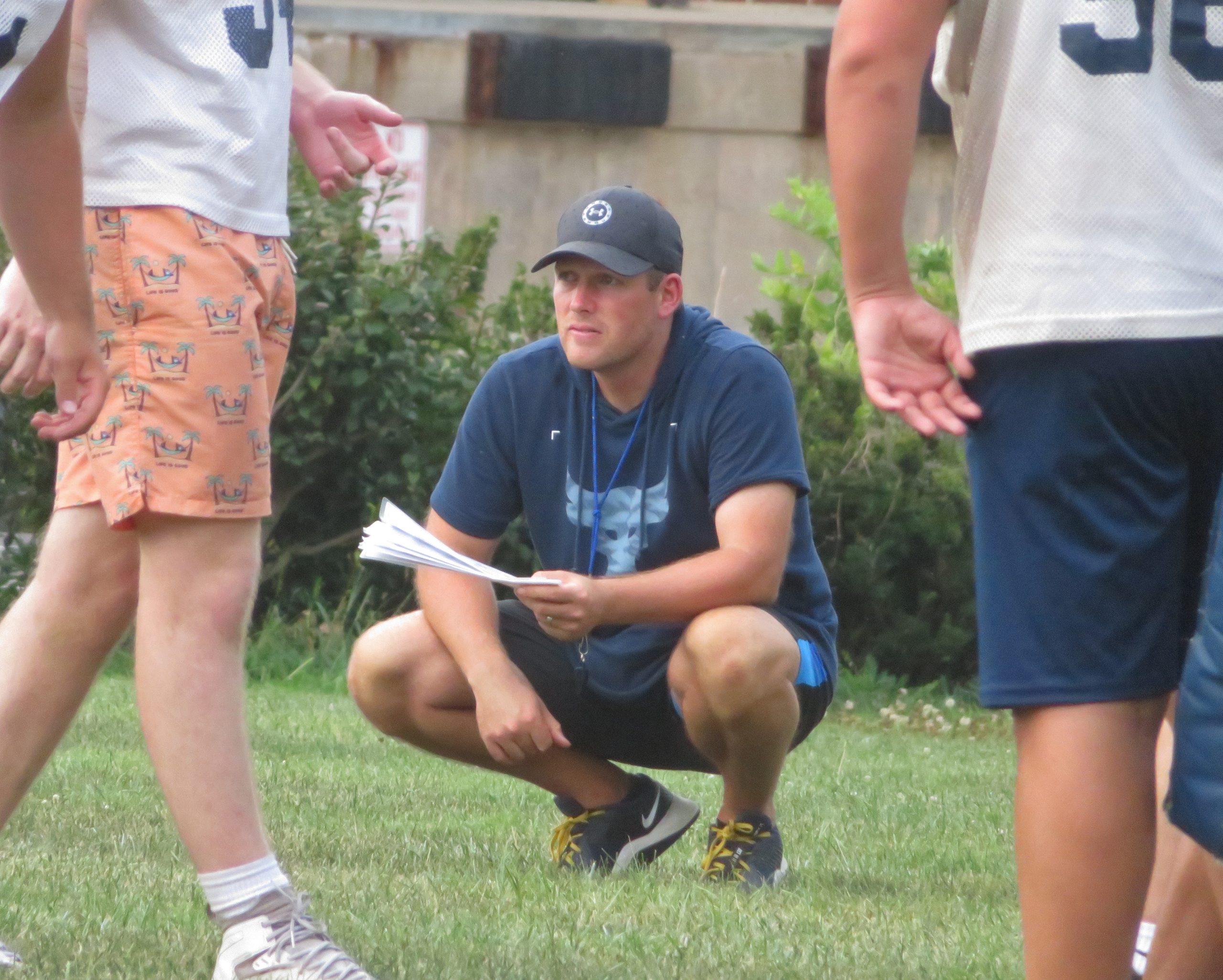 LOWER GWYNEDD >> On the first day of camp, new Wissahickon coach Rory Graver asked his players to write down what they thought “Trojan Pride” meant and share it with their teammates.

Graver believes the Trojans can be successful this season, but he’s also laying the foundation for the program going forward.

“With everything that you do, it’s going to be a process,” Graver, who went 39-20 with a District 1 title over his last six years as head coach at Pope John Paul II, said. “It’s not going to be an instantaneous thing, but our mindset always is we want to get 1% better each day. If we can do that, then I think we can be successful for this year and for years to go.”

“We’re taking it one step at a time,” Wissahickon senior Ronnie Weldon said. “We’re just going to build our program up so we can get to that point (district championship). No matter if it’s with us or with the younger guys that are coming up from middle school and elementary school.”

“What I’m noticing with (Graver),” Wissahickon junior Jaden McClean said, “he’s taking young guys from 7th, 8th grade and having clinics for them, building up the program. It’s not just we have all our seniors graduating and we’re out of here. We’ve got people coming under. Every single practice everyone has a drive and determination. We might get on each other, but we’re trying to get better. We’re just trying to do better than last year. I’d say everything is positive with this coach, he’s leading us in the right direction. I like all the things he’s doing for our program.”

Graver is doing things to help the players improve on the field, such as taking the time to make sure everyone understands their responsibilities and tasking receivers with catching 200 balls a night, but he’s also focused on what happens off the field.

“When he first came in, he stamped on ‘We over me,’” Weldon said, “which means the team over you in all aspects on the field, anywhere it needs to be done, and also always compete. That means anywhere – in school, on the field, in the community. Always compete and be the best you can be.”

“You don’t want to be a brat,” McClean said. “You want to be a good guy in the community. You can’t just go in school and act a fool, mess around and be a team captain. When you’re in school, you’re going to carry yourself like a team captain. He doesn’t just teach us football things, he teaches us life lessons, how we carry ourselves as Trojans.”

As for this season on the field, the Trojans return six or seven starters on offense and four or five starters on defense. Both sides of the ball are strong up front.

Graver will be running the offense. He was a quarterback at Plymouth Whitemarsh before graduating in 2004 and served as offensive coordinator at Upper Merion prior to being the head coach at PJP. After a few months at Wissahickon, he likes what he sees on the offensive side of the ball.

Graver isn’t defining success this year by a certain number of wins or a playoff berth. He wants the team to improve between now and the end of the year.

Jaden McClean >> McClean will do it all for the offense. The explosive junior plays in the slot and in the backfield. The Trojans plan to get McClean the ball as much as possible and let him make things happen.

Ronnie Weldon >> Weldon is a returning starter on defense. The senior plays the “Trojan” position, which means he’ll have free safety and hybrid linebacker responsibilities. He’s a hard worker committed to the game of football.