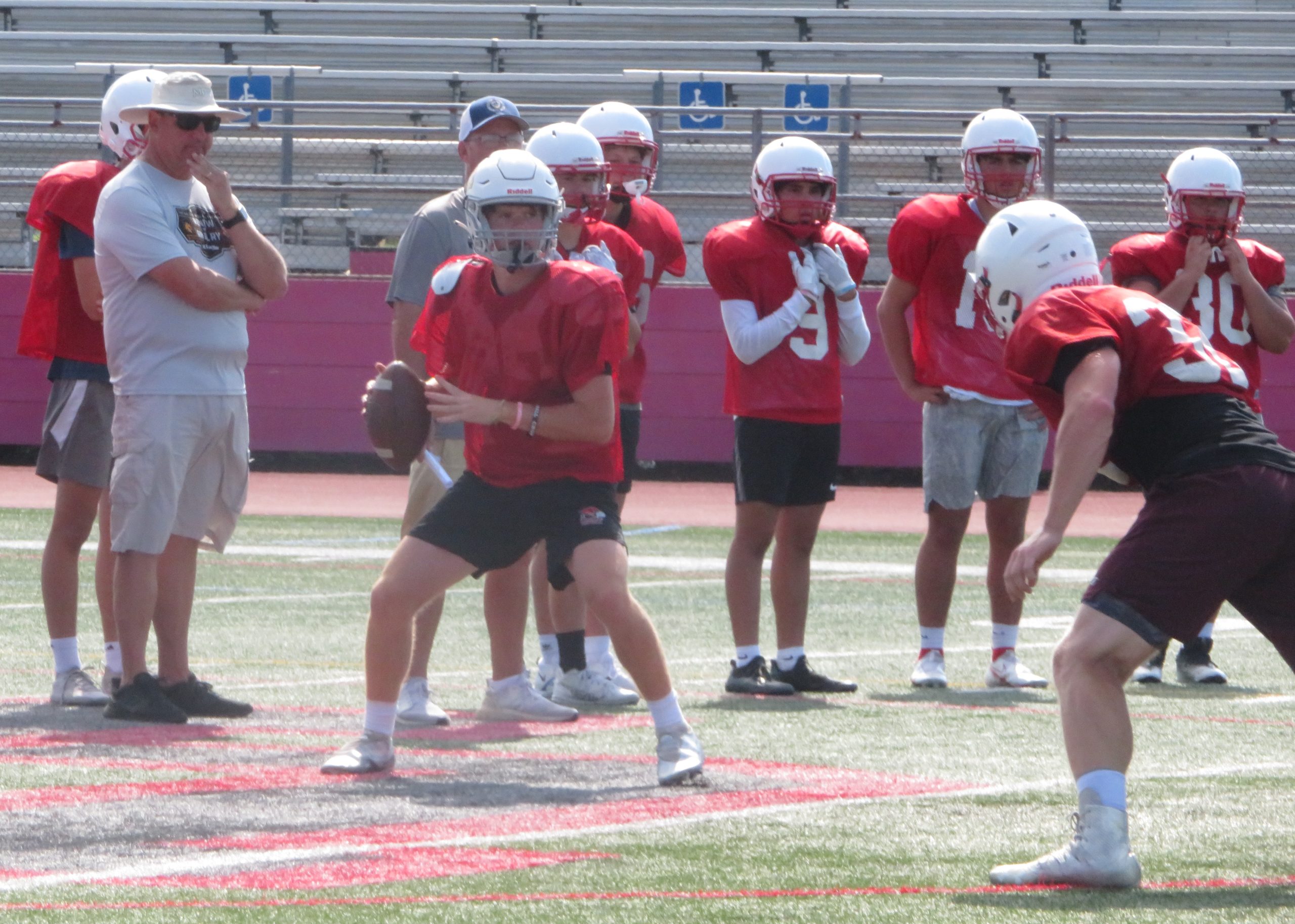 UPPER DUBLIN >> To say that Colin O’Sullivan is in rare company would be an understatement.

The 6-foot 180-pound signal caller is coming off a junior season in which he threw for 1,856 yards and 21 touchdowns while completing 71% of his passes. He led the Cardinals to a 9-3 record and a District 1-5A quarterfinals appearance after winning a district title as a sophomore in 2020.

O’Sullivan’s time with the program earned him the freedom to make the calls or changes based on what he sees at the line of scrimmage. He was able check off at the end of last season and the offense scored 40, 35 and 36 points in its final three games.

“Colin does so many things well,” Stover said. “It’s seriously like playing with an extra coach on the field. We prepare him, but he sees things where he’ll come off the field and say, ‘Hey coach, what if,’ and 9.5 out of 10 times he’s right.

“He does so much for us on the field. I know it’s cliché, but his QB IQ is off the charts. He’s really, really good that way. He’s prepared, watches film, he comes with suggestions… We sit down and do it together and it’s like the whole staff how we do it. I’m excited to see what he can do this year. It’s going to be fun.”

“It’s been huge being here for three years and really understanding everything that we’re doing,” O’Sullivan said. “Being able to call my own stuff at the line is big, getting us into the right plays against the right coverages.”

It’s not only the two years of varsity starts that has O’Sullivan ahead of the game mentally. His dad coached high school football at Upper Dublin, William Tennent and Hatboro-Horsham and was president of the Upper Dublin youth football program.

“I grew up around here with a ball in my hands,” O’Sullivan said. “I’ve been understanding coverages since I was six. It’s been a huge advantage knowing where to go with the ball and when. It’s been really helpful.”

“When you grow up playing the position,” Stover said, “whatever the position, you get comfortable with all the starts and all the pressures. He knows how to handle it. He’s unfazed. Even when he makes a bad play he’s unfazed. He’ll come over and look at the iPad. You have to have that short-term memory like a d-back.”

To go along with his mental game, O’Sullivan worked on getting bigger, stronger and faster this offseason.

“His arm strength has improved,” Stover said. “The big thing with Colin is the ball comes out on time. He puts it where it’s supposed to be and 9.5 times out of 10 it’s in the right spot. We have some kids that can go get the ball for him this year, too. I think he’s excited about that. He’s worked with these kids for three years, also. We’re going to be a senior-heavy team in a lot of the skill spots. He’s definitely spent the time in the weight room and spent the time to improve foot speed.”

O’Sullivan doesn’t have any personal goals for this season. As a senior quarterback, he’s focused on being a leader and getting the whole team believing in one thing. Their three goals are to win the Suburban One League Continental Conference championship, District 1-5A championship and PIAA-5A state championship.

Riley Hackett >> The 6-foot-4 235-pound senior will be starting at offensive tackle for the third straight season. His size and athleticism, combined with outstanding footwork, give him the ability to be an impact player in the SOL Continental this season. Hackett also plays defensive end.

DJ Cerisier >> The 6-foot-1 180-pound senior cornerback was a first team All-Area selection last year in his first season playing football for Upper Dublin. Cerisier rises to the challenge of covering the opponent’s best receiver and the Cardinals trust him to lock down his side of the field. He’ll also play wide receiver this season.