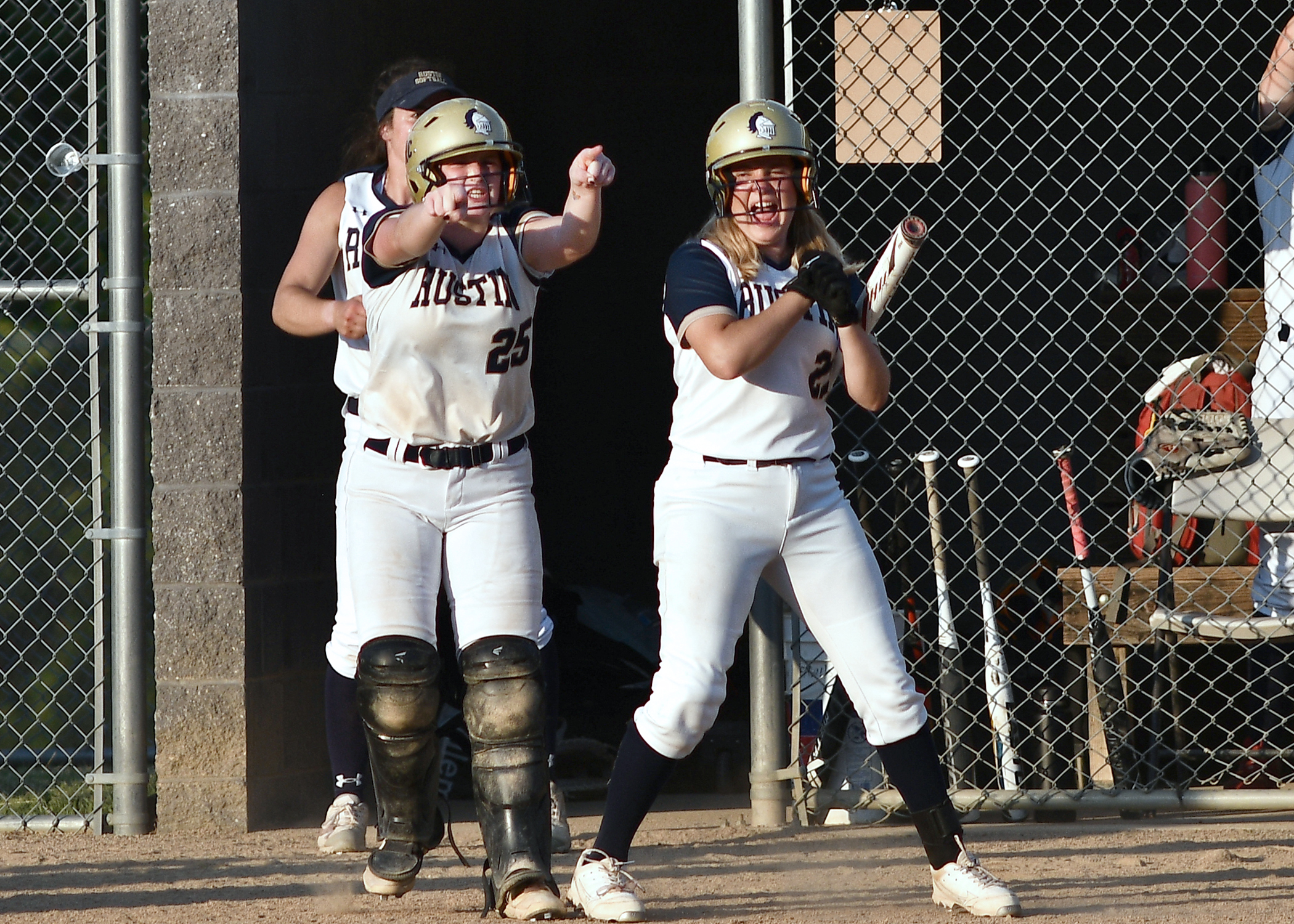 The most consistently dominant pitcher in the county, Hale struck out 285 hitters in 135.1 innings, bringing her career total to 355.  Opponents hit a mere .143 against Hale, who allowed just 25 earned runs all year, for an ERA of 1.29. Hale also fielded her position well, notching a sparkling .944 fielding percentage.

A four-year starter, Sudall was the consummate catcher, shutting down opposing running games with a rifle arm, and calling all the pitchers for the Cougars’ hurlers.  With the bat in her hand, this season Sudall hit .470, with a slugging percentage of 1.030, driving in 28 runs.  Sudall had 31 hits, with 17 going for extra bases, including nine home runs.

A game-changer for the Hurricanes, Wisler led Villa in four different offensive categories.  Wisler topped the team with a .477 average, 31 hits, 12 doubles and 25 runs batted in.  Credited with 128 put outs, Wisler posted a .986 fielding percentage.

The catalyst for the Red Raider offense and one of the top lead-off hitters in the area, Springer was able to hit for power, and add speed on the basepaths, swiping 12 bases on the season.  Springer hit .486, with 36 hits.  She scored 26 runs, and had 16 RBI.

Junior: Kulp was a leader on a young Vikings team, displaying great glove work at the hot corner while swinging a hot bat.  Kulp had 29 base hits on the season, hitting .429.  Kulp knocked in 18 runs, while scoring 14.

A top hitter for the Hornets during the regular season, Frank tied for the team lead in hits with 28. But Frank really turned it up when the games got bigger.  Over the course of Oxford’s post season run to the state semis, Frank hit a whopping .619, with 13 hits in six games.

Weller was great both offensively and defensively for the Whippets. With a cannon arm and great range, Weller ran down every ball that came her way.  Weller hit .500 on the season, while slugging .986, with a team-leading five home runs.  Weller, with 34 hits, scored 28 runs and knocked in 24.

One of the very best ever to wear a Whippets uniform, the speedy Sinkus was never caught stealing in her career, while swiping nearly 100 bases.  Sinkus finished her three-year career with 99 hits. This season, Sinkus had a team-high 35 hits, for a .405 average.  Sinkus had 30 stolen bases for the season.

The Golden Knights centerfielder was its top power source, with eight home runs and eight doubles.  Hopkins hit .443, with 39 hits.  She knocked in 35 runs, and scored 34.   Hopkins will continue her academic and softball careers close to home at West Chester University.

Deep into April, the Hornets didn’t look like a team poised to do much of anything.  The team was languishing just around the .500 mark, and plagued with inconsistency.  But then a light switched, and the Hornets were suddenly the hottest team in District 1.

“We have a fairly young team with only one senior,” said Socash. “I think it just took some time for us to gel and gain experience playing with each other.  Along with experience, the girls’ confidence grew with each and every game.”

Thanks in part to the tough Ches-Mont schedule, Oxford, despite a regular season record of just 10-9, snuck into the District 1, 5A playoffs as the No. 7 seed.  After opening with a 4-3 win over Phonexville, Oxford knocked off the No. 2 seed, Springfield (Delco) 4-1, then routed third-seeded Upper Perk in a 13-3 Mercy Rule game.  All of a sudden, Oxford was playing for a District title.

“My assistant coach Rick Nelms was constantly telling the girls that they can play with anyone and to visualize success,” said Socash. “Confidence in each other, our defense, and hitting is what propelled us in the playoffs.  These girls have a lot of fight in them along with mental toughness and would grind out games in the late innings.”

Playing against top-seeded Rustin in the district finals, the Hornets fell behind 7-0 after just two innings.  But, slowly but surely, they battled back in it, cutting the Rustin lead to 7-6 in the seventh.  The comeback bid fell short, but the energy on the Oxford bench was palpable.

Their confidence now through the roof, the Hornets moved on to the state tournament, where they knocked off  the District 12 champion Cardinal O’Hara 6-1, then followed with a 7-3 win over the District 3 champ, Exeter.  The road ended in semi-finals, losing 8-4 to the eventual state champ. Pittston Area.  The seven hits and four runs were the most against Pittston all season.

“This group of young ladies encompasses all of the attributes that make a great team,” said Socash. “They persevered during challenging times and banded together.  They were hard working and exuded confidence which carried them further than any softball team in Oxford school history.  In the process they united a school and community, while inspiring others that anything is possible.