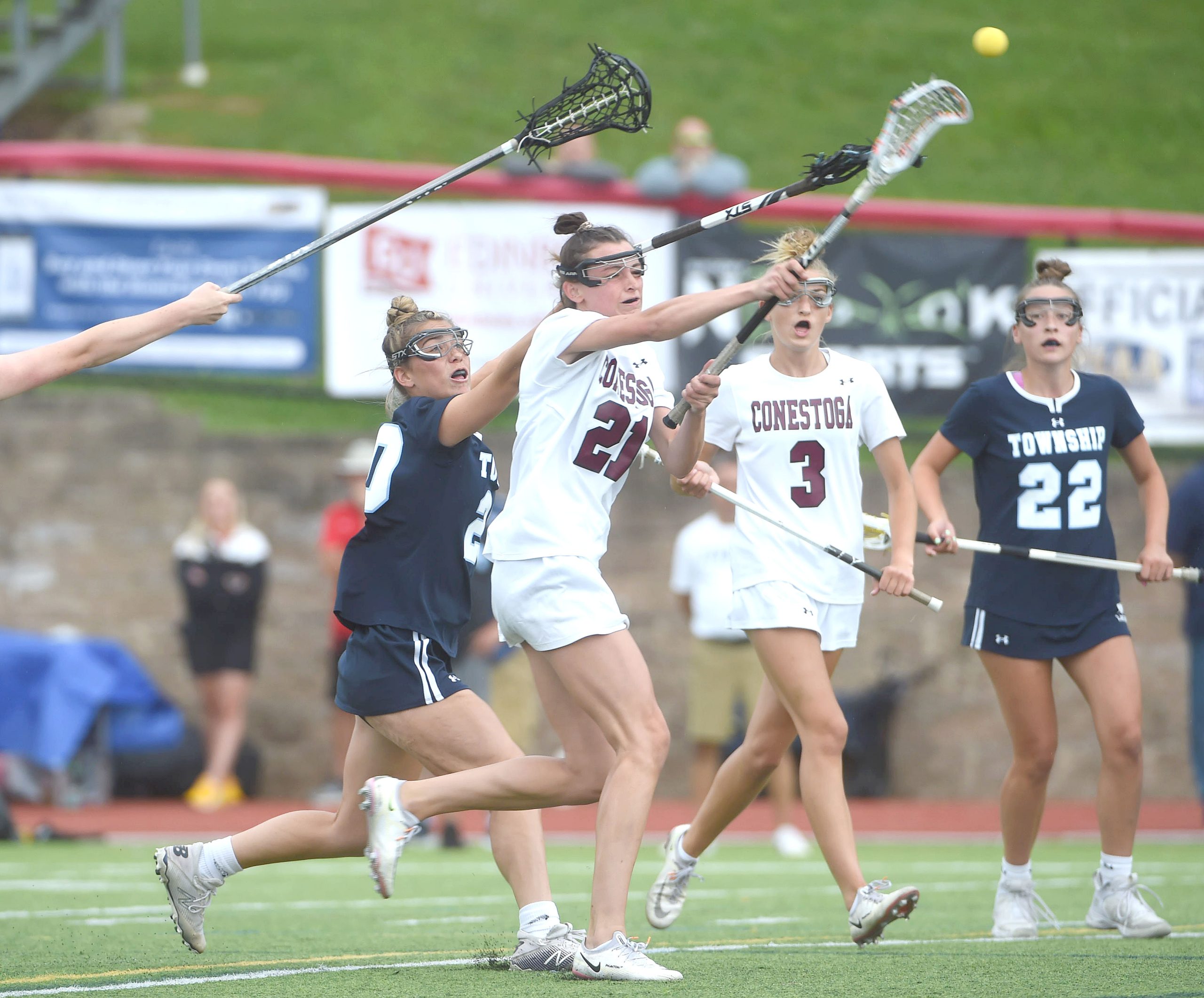 Put Kate Galica on a field with a ball and a stick. Then, step back and watch magic happen.

The midfielder finished off her junior year by leading Conestoga to a state title and cementing herself as one of the best lacrosse players in Pennsylvania. Her efforts has resulted in Galica being named the Daily Local News All-Area Girls Lacrosse Player of the Year.

Galica has pulled off the rare feat of being named the Player of the Year in two sports, after earning that honor earlier in the fall in field hockey.

“We couldn’t have had a better season,” said Galica. “We wanted to win the triple crown (league, district and state titles) and we focused on each one separately. We praticed and played with that focus every day.”

Her skill and talent was on display all season as she terrorized opposing defenses. She ended up finishing in the top-10 in the state in goals with 91. She added 29 assists to amass 120 points on the campaign.

Despite the scoring accolades, one of her more impressive performances came when she barely appeared on the score sheet.

Against Garnet Valley in the PIAA 3A semifinal, Galica was held to a lonely assist, but that didn’t mean she didn’t impact the game. Her steal led to the tying goal late in the second half, Conestoga then won it on a last-second goal by Chloe Brown to reach the championship game.

“When it’s not my day offensively, I can still do things to help the team,” Galica said. “I like playing defense and I can still contribute to the team.”

“Her mental attitude, her drive and grit is what sets her apart,” said her coach, Amy Orcutt. “She makes errors like everyone else, but when she does, she’ll turn and get it back.”

Her postseason list of honors include being named the Central League MVP, USA Lacrosse All-American and All-Academic honors.

So, what makes her so special? Allow her coach to offer an explanation.

“She’s so athletic,” Orcutt said. “She has explosive speed. Her 10-yard speed is unlike any other player I have ever seen. Her stick handling and shot accuarcy is unsurpassed. She is just a freak athlete.”

Galica rebounded from her semifinal against Garnet and returned to form in the state final versus Manheim Township. She was one of three players to record four goals as the Pioneers rolled to a 15-7 victory and the school’s first girls lacrosse state title since 2016.

“I’m definitely super excited,” Galica said after the game. “I’m so glad we got the win. We worked so hard and we won the Central League and the districts, so its great to win states to get all three.”

Galica also stars on the club level with NXT Lacrosse, and credits her coach David Schlesinger, along with Orcutt, in pushing her and helping her improve.

Next year may be more of the same – the Pioneers lose just seven seniors from their championship team. All five goal scorers from the title game — Chloe Brown, Ellie Wisch, Kiki Liebezeit, Keating Hopkins and Galica — will return.

“We take it when it comes,” Galica said about next season. “But, it’s definitely exciting to go in with a chance to defend our title with the group we have coming back.”

Galica has already committed to continue her college career at the University of Virginia and longtime coach Julie Myers.

When asked what was her favorite Galica moment from the season, Orcutt had a hard time narrowing it down to just one.

“There’s so many of them,” Orcutt said. “There were multiple times I would turn to one of our coaches and say ‘how did she do that’? She is just mesmerizing and so much fun to watch.”