All-Delco Boys Lacrosse: Garnet Valley’s Busenkell a study in the art of leadership 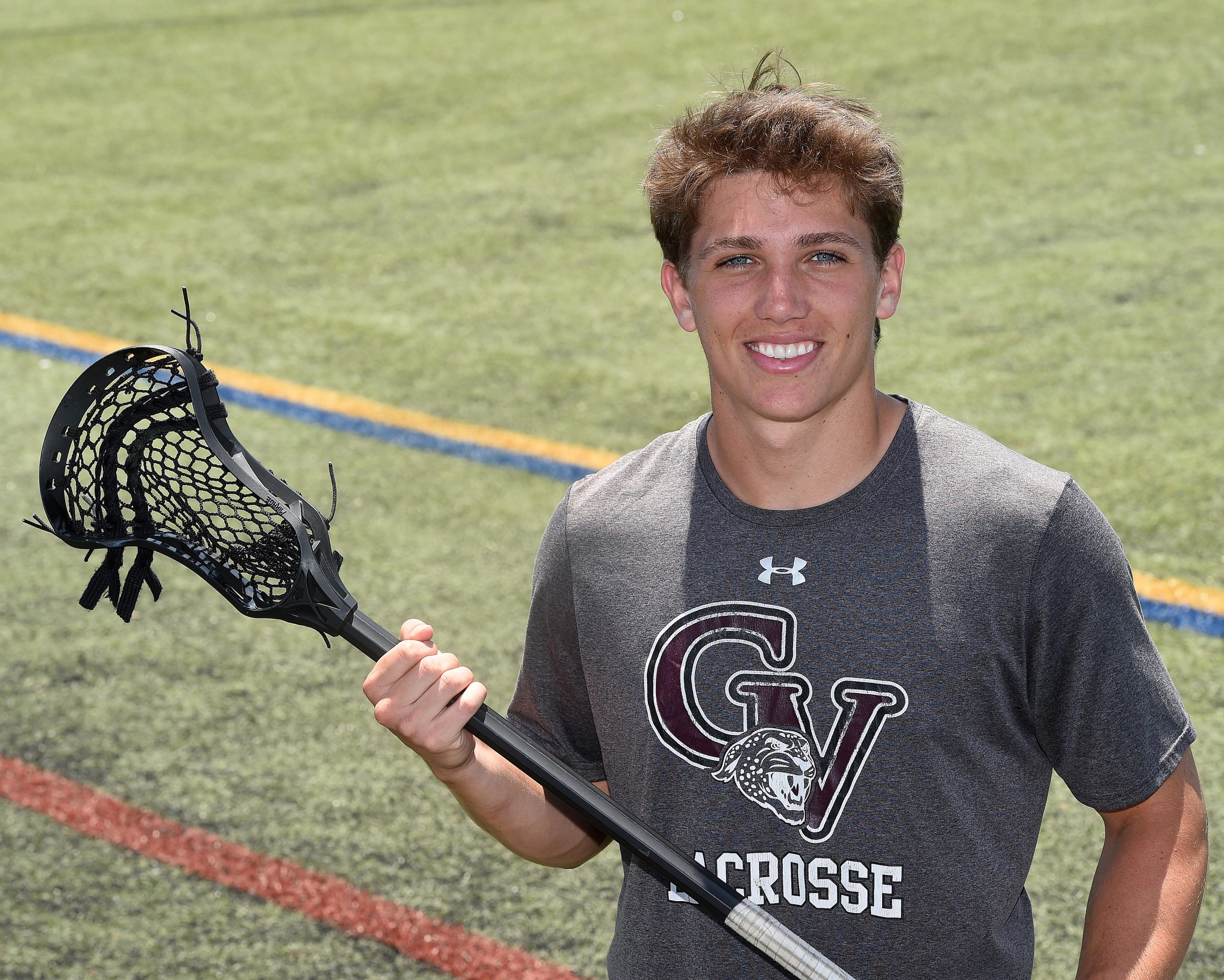 Frank Urso has been coaching lacrosse at Garnet Valley for 14 years, long enough to know what he wants, when he wants it, how it should be done and at what pace.

Occasionally over the years, it could all seem complicated. Other times, it was just as simple as giving Max Busenkell a subtle nod.

“He’s a coach on the field,” Urso said. “I turned over a lot of the playcalling to him. He knew the plays. When we put new stuff in, he took pictures of the plays, went home and studied them. And then when he came back, he was telling people where they should be and where everyone should be.

“In our state tournament game against St. Joe’s (Prep), we didn’t run one offense that we ran all year. I put it all in two days before the game. But he knew them all. And he told everyone where they were supposed to be.”

Busenkell was the midfielder who helped the Jaguars into the PIAA Class 3A championship game with one of the most prolific scoring seasons in Delaware County history, a 6-foot, 180-pound force with a 4.0-plus GPA. Also the quarterback who powered the Jaguars to an undefeated regular season, he always seemed to know that he belonged on a lacrosse field.

“Kindergarten,” Busenkell said. “That’s when I met one of my best friends, Ryan Nealon. His dad, Denny, played lacrosse at Navy, and they got me into it. I never played baseball or anything, just maybe a year of tee-ball. But I just started with lacrosse and never looked back.”

By his senior season at Garnet Valley, Busenkell would collect 80 goals and 82 assists. It was enough to allow him be named as a Daily Times Co-Player of the Year, along with Radnor’s Ryan Goldstein.

In a rarity, all 12 All-Delcos are part of a loaded senior class. Busenkell, Goldstein, McMeekin, O’Connor and Cacciutti were first teamers last year. Malone, Sean Gallagher, Hannigan and Box were on the second team. The All-Delco team is selected in consultation with area coaches.

In his Garnet Valley career, Busenkell amassed 337 points, just 21 shy of Eric Gordon’s impressive program record. The difference: Busenkell had only three seasons, the 2020 season lost to the COVID-19 pandemic. He’s the first Garnet Valley player ever named Player of the Year, which originated in the 1998 season.

A three-time All-American, Busenkell was named second-team All-World at the 2017 World Series of Youth Lacrosse in Denver. Recruiting lists had him listed as high as No. 13 in the country heading into his senior year.
Combined with his GPA perfection, that virtually gave him his choice of college destinations, and after looking deeply into Yale, Cornell and Johns Hopkins, among others, he became an early commit to Notre Dame.

“When I was first allowed to talk to colleges, Notre Dame was my No. 1,” he said. “I always wanted to go there. When they reached out, I was just pretty excited. I didn’t make the decision too quickly. I made sure to check out the campus first. But after talking to a few players on the team and the coaches, I got a sense of the great culture, and it was just a program that I wanted to be a part of.”

Busenkell plans to study finance and accounting in South Bend. But he is such a natural leader that he almost seems destined to remain in lacrosse, either on a professional level or as a coach.

“I definitely want to get into coaching as I get older,” he said. “I’ve done a little bit of teaching young kids about lacrosse around the community and I enjoy it. Hopefully, I can get into that. It is something I have always wanted to do.”

A first-team All-Delco football player, Busenkell enjoyed a remarkable senior year, helping the Jags into the PIAA Class 6A football Final Four. In the spring, he got them past a playbacks detour and into the state championship lacrosse game, won, 12-5, by Radnor.

“We had a lot of adversity during the year, with Kris Henning going down with a knee injury early,” he said. “We suffered a few bad losses during the regular season and lost early on (to Unionville) in the district tournament. But there was a shift in the attitude in the state tournament, and we just kept rolling. It was very fun. I don’t know if anyone on the team actually expected us to be in the state championship game. We wish it could have ended better, but it was still a great run.”

Leadership helped, and it seemed to come naturally to a two-sport captain.

“His leadership qualities are through the roof,” said Mike Ricci, who coached Busenkell in football. “He is quiet and unassuming, but he is also competitive and focused. He helped everybody on the team. He is the epitome of the high school student-athlete. He is phenomenal in the classroom. He had super-high SATs. And he is one of the hardest-working athletes we’ve ever had at Garnet Valley.”

Busenkell always seemed to know where to be and when, what should happen and why, and how to do it an in the most difficult spots.