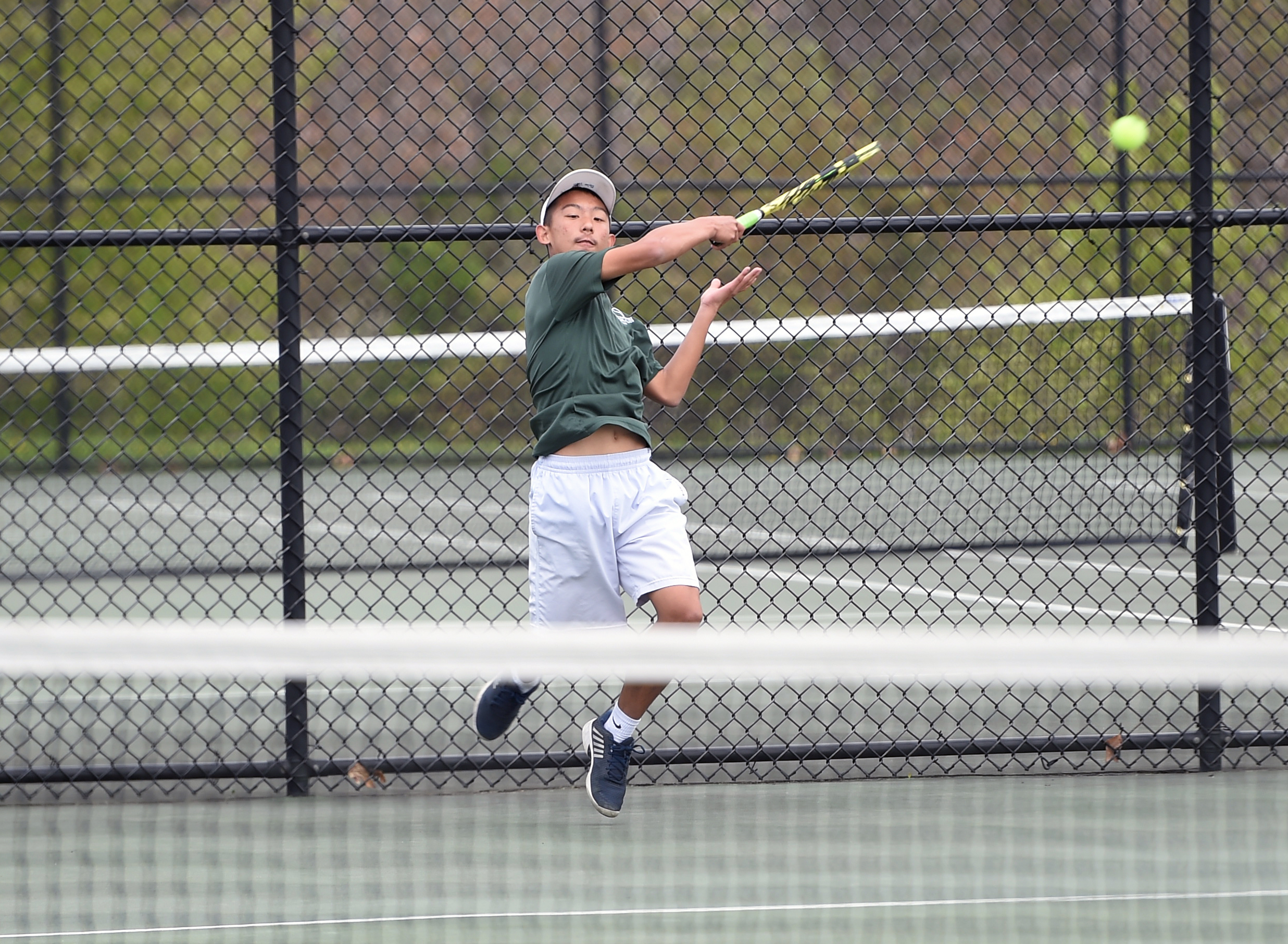 It was a season of normalcy back on the tennis court.

No more mandates or a shortened postseason and the Suburban One League certainly had its highlights.
CB West and Upper Dublin were both district qualifiers. And for individual accomplishments, Faith Christian’s Toby Frantz took care of that with a PIAA-2A silver medal.

Frantz finished the season with just the one loss in the finals to Nicolas Scheller of North Catholic.
He was not alone in individual accolades though.

Upper Dublin senior Daniel Duan had another solid season, going 5-3 in dual matches and teaming with Scott Schlackman to take sixth-place in the District 1-3A Doubles Tournament, which was one match short of state qualifying. They were also SOL Liberty Doubles champs.

“The success Daniel and Scott have brought to the Cardinal squad is huge,” UD head coach Lora Ball said. “Last season we finished fourth at States partly because of their hard work and dedication to our team.
“We wish Daniel much success at Dartmouth and look forward to Scott and the rest of the varsity squad stepping up and leading the team to another successful season in 2023.”

Schlackman, the No. 2 singles player for the Cards, had the unusual accomplishment of winning both SOL Liberty Singles and Doubles titles. Duan missed the singles tournament due to an academic conflict. Schlackman finished 10-2 on the season.
Both players were first-team members of The Reporter/Times Herald/Montgomery Media All-Area Team.
The duo helped Upper Dublin to a 12-2 season, undefeated in the SOL Liberty.

CB West also had a solid season and was rewarded with two first-teamers. Senior Alex Myron put a capper on a sensational career with his third consecutive SOL Colonial title. He defeated teammate Andrei Bogdan 7-5, 6-3 in the finals.

“It feels really good,” said Myron at the time, who previously played under the surname Kuznetsov. “At the end of the day (CB West coach) Mr. (Trent) Errett said it might not mean that much but once you step back and really think about it three-peat don’t really come that often in high school and I’m just really glad that I can do what I do.”
Myron advanced to the District 1-3A quarterfinals where he lost to Lower Merion’s Brian Yi.

Myron finished the dual match season 9-0, only losing a mind-boggling four games.
Bogdan was also 9-0 but lost to Yi in the first-round of the District 1-3A Tournament. He also won the CB West Bucks Award.

“It was an honor coaching this group of young men this season,” CB West head coach Trent Errett said. . “I am extremely proud of their efforts and dedication to the team. We had a lot of talent, each player played a valuable role in our success this year. Our team not only had talent but character, the energy these seniors brought to the team was unmatched.”

Rounding out the first team was Methacton freshman Dylan Wen, who raced out to a 9-2 record during team matches. He advanced to the PAC finals. losing to Spring-Ford’s Cameron Moore. The red-hot frosh lost in the first round of the District 1-3A Tournament to Krish Mendiratta 6-4, 7-5 of Downingtown East.