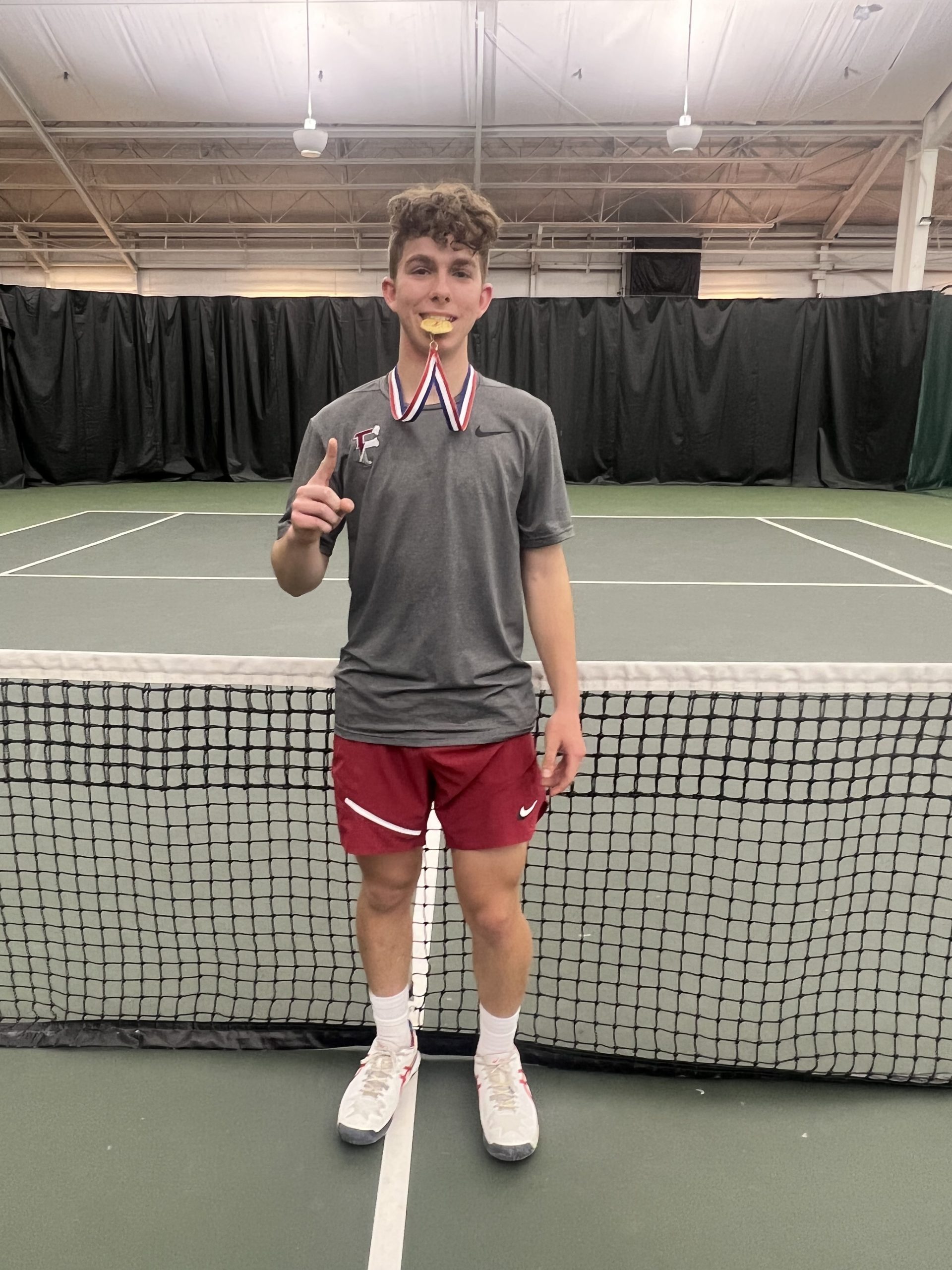 It wasn’t quite ‘if you build it they will come’.

It was more like if you continue to play, the results will come.

Faith Christian Academy’s Toby Frantz has been playing tennis for most of his life. He trains by himself, with his coach, with other tournament players, at clinics. To say he puts in hard work is an understatement.

Now, the results are coming in.

Such as stunning defending PIAA-2A champion Nile Abadir of Lancaster Country Day in the semifinals by a 7-6 (4), 7-5 score.

“I wasn’t expecting to win that match at all,” said Frantz. “I just wanted to play my game and somehow I pulled it off.”

Frantz did run out of steam in the finals, losing to Nicolas Scheller of North Catholic.

Still, in his very first PIAA Tournament, Frantz of Perkasie certainly made a name for himself.

“It was up there,” said Frantz of where he ranked the win over Abadir. “It’s probably one of my best tournaments.”

Faith Christian Academy sophomore Toby Frantz (right) was a PIAA-2A silver medalist with some help from his Mom and coach Heather Frantz (left).

First though there was this little matter of getting to states without a team and without a court.

Frantz, who trains under Ari Datta of the Lehigh Country Club, would not only train with other players, at other clinics and also by himself.

He also needed to find court time from The Tennis Zone in Quakertown to Northwood in Easton.

If there was no one to play with, he brought out a ball machine and put in the work.

“I just prepared like it was another USTA Tournament,” said Frantz of his unusual postseason. “It was just an individual event to me. I played everywhere I could.”

Frantz then went on a torrid pace, which had him winning 55 out of 56 games. He didn’t lose a game the entire BAL Tournament.

After another double-bagel in the District 1-2A semifinals, finally a 6-1 set came in the finals.

An unusual thing happened next, Frantz lost a 6-3 set to Jacob Heller of Lower Moreland.

“I got careless in the second set,” Frantz said. “It was very hard mentally. I had gotten used to winning. I just tried to reset the score and start over.”

The strategy worked to another 6-1 set for Frantz and a berth in states.

There, he lost five games in the first two rounds. Still, not many people expected the win over Abadir.

So, how does a sophomore playing on his own top a perfect record in the BAL Tournament and a berth in the PIAA-2A finals?

“I wanna say I want to win states, but that’s a lot of pressure to put on myself,” Frantz said. “I just want to see where my game takes me.”
Frantz, who’s Universal Tennis Rating keeps growing, is level-headed about the future. He is thinking only about his next match.

“It’s not like I am going to go professional or something,” Frantz said. “I just want to see what schools I can get in for academics and see where my game takes me.”

Frantz though has not started looking at colleges yet. His focus is point by point.

His game was always there and now that his mental strength has let his physical tools blossom, a state title seems like only the start.

“Just the battle between one person and another,” said Frantz, describing his love for the game. “It’s let’s see who can tough it out. It’s all on you. You have to put in the work.”