Together from Day 1, Wescott twins cap time as teammates on top 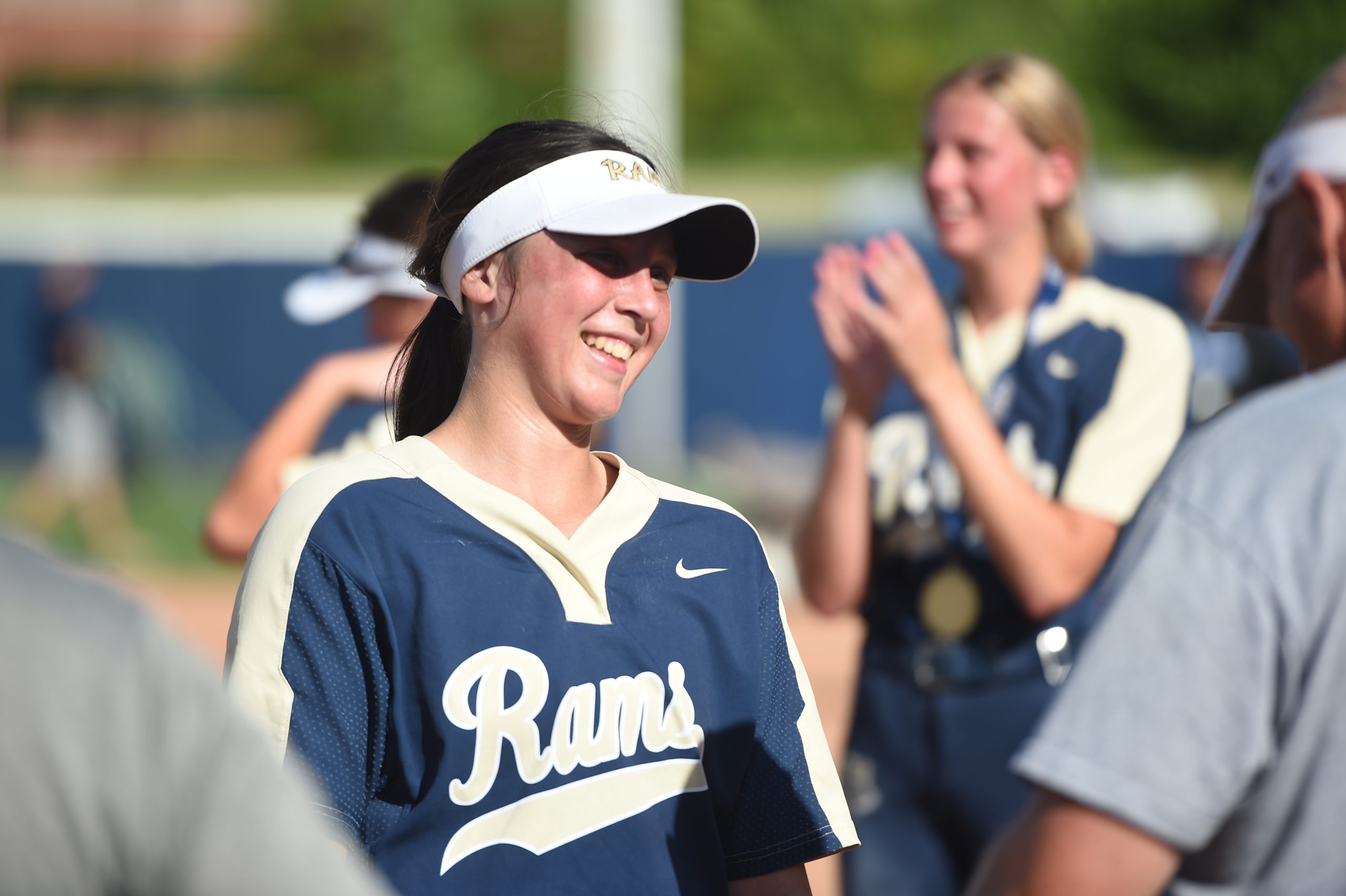 UNIVERSITY PARK >> The Spring-Ford softball team’s corner outfielders know how to pick each other up.

They’ve got 18 years of practice doing so, both on and off the field.

Hitting back-to-back in the lineup and playing in opposite corners of the outfield, twin sisters Ali and Lexi Wescott played their final game together on Friday at Nittany Lion Park. They finished their time on the softball field together with a state championship win.

“Honestly, I never thought we would make it this far,” Lexi Wescott said. “It’s been a great season. We have such a good team.”

Ali, a righthanded bat, hit in the seven hole and Lexi, a lefty hitter, followed in the eight hole. The two sisters were announced back-to-back during pre-game introductions then once again while the Rams were crowned champions after the game.

“It’s awesome because they did it together,” said mother Megan Wescott, who also has a pair of twin boys at Spring-Ford. “It’s the culmination of their high school, graduation, Senior Week and now this. It’s an awesome ending to their career.”

The sisters had a huge role in Friday’s win combining for four of the team’s hits and helping account for three of the Rams’ runs. Back-to-back singles in the top of the fourth sparked a two-run inning that helped Spring-Ford go up 3-0 and take control of the game.

Lexi, headed to play at Kutztown next season, went 1-for-2 at the plate with a run scored and fought off the sun in right field to make a couple of grabs.
Ali, whose diving catch finished off the state semifinal final win against North Penn earlier this week, had another terrific grab in Friday’s contest, reaching over shoulder for a catch in the bottom of the seventh.

She went 3-for-4 at the dish, driving in a run and scoring two others in the last official game of her softball career (though she will try to play club softball next year). The Wescotts’ connection on the field took a hiatus earlier this season when Lexi went out with a concussion. Their connection off the field played a big role in helping Lexi stay patient during that time and come back later in the season to help the Rams in their postseason push.

“She kept my spirits up,” Lexi said. “I was feeling down because obviously I want to play and wanted to help my team, but she was a big help when I had my concussion.”

The feelings of support have been mutual over the course of their playing careers.

“It’s always nice to look back at each other and know that we have each other’s backs no matter what,” Ali said. “To win it all with each other just means a lot.”

The two sisters won a state title early in their softball careers when Megan was coaching them on the 11U team for Upper Providence Little League.

Friday’s championship victory — the first in school history — marked an even bigger monument and a perfect way for two sisters to share the field for the final time.

“Way bigger, especially for the school it’s a great feeling knowing we’re the first ever softball team for Spring-Ford to win a state title,” Lexi said.