‘Resilient’ Spring-Ford one win away from first state championship 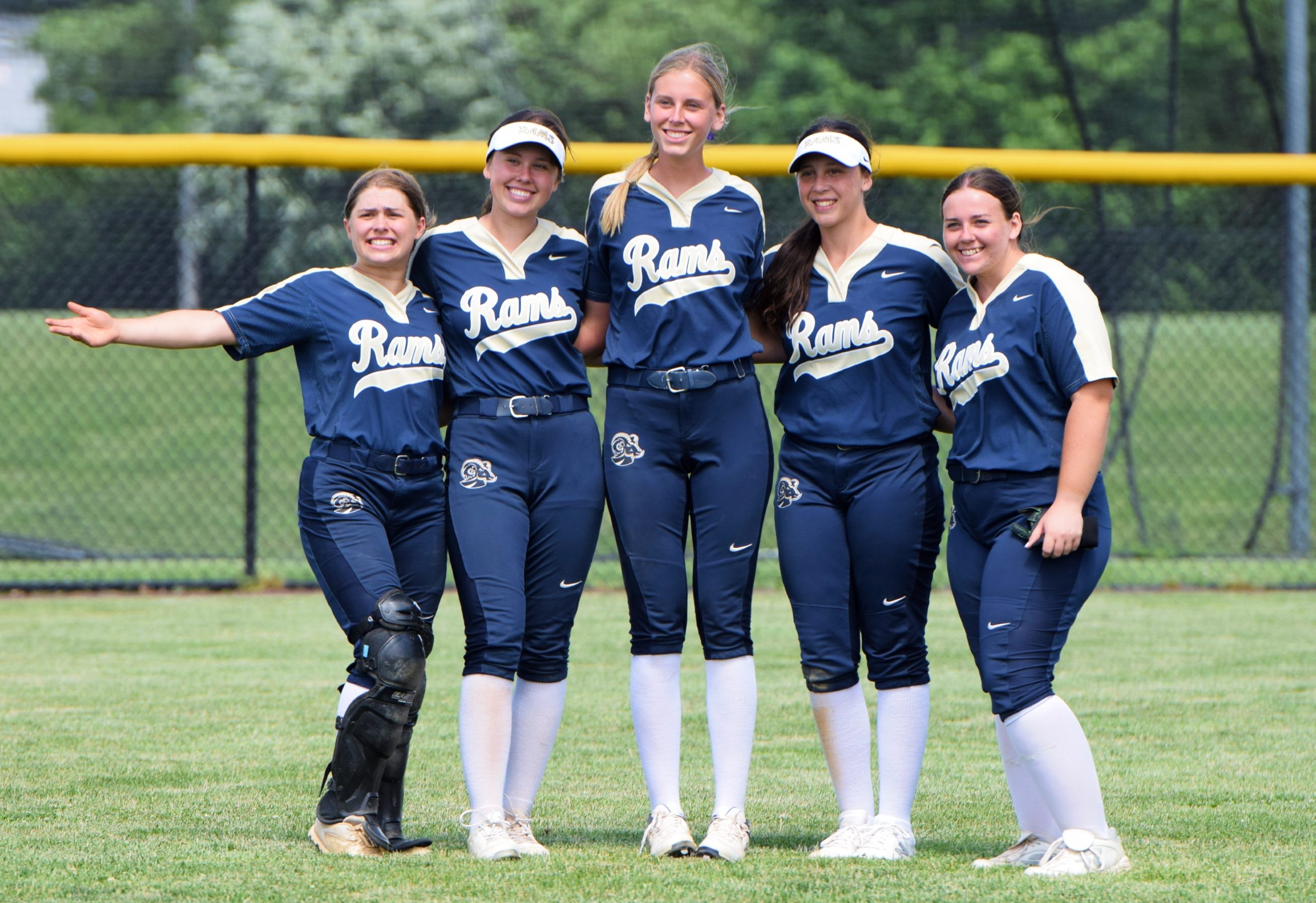 It’s been a history-making season for Spring-Ford softball.

But the history hasn’t all been made … not quite yet. One more unprecedented achievement awaits the Rams Friday; The opportunity to cap this memorable campaign in a special way.

The Spring-Ford program will shoot for its, and the Pioneer Athletic Conference’s, first state championship in the Pennsylvania Interscholastic Athletic Association (PIAA) Class 6A title game at Penn State University. The Rams will face Seneca Valley, the District 7 champ, 4 p.m. at PSU’s Beard Field.

The chance to make this milestone achievement is something the Rams have embraced in a big way. It will offer them a fitting finish to a season whose few bumps in the road — losses in the PAC Final Four and District 1-6A semifinal rounds the main ones — prevented them from hoisting championship trophies at those levels.

“It’s phenomenal to be in this situation,” SF head coach Tim Hughes said. “We’ve had more talented teams in the past, but the players are resilient. The resilience of this team overcomes that. They’re always around to the end of the game.

“I’m happy, and as proud as can be. They kept it together going forward.”

The Rams advanced to Penn State with Monday’s 2-0 win over North Penn in a rematch of the District 1-6A playoff semifinal, won by North Penn 5-2 on June 2.

Getting to the state semifinal round was the fourth time Spring-Ford accomplished that in Hughes’ 25-year tenure. It came against a Knights unit that was the state’s defending 6A champions.

SF (23-3) opened the year 18-0 and didn’t lose first game of season until the opening round of Pioneer Athletic Conference Final Four playoffs, blanked by Boyertown May 17 to end a 68-game win streak the team had against PAC teams. After the district-semi loss to North Penn, Spring-Ford was edged by Haverford High in the third-place game, 2-1.

In states, the Rams rebounded with an 11-0 win over St. Hubert’s (District 12 champ) and 11-4 victory over Penn Manor (District 3 champ) in the first two rounds.

Asked to point out individual players who made key contributions to the team’s success, Hughes went the simple route.

“All of them,” he said. “Somebody was always doing something.”

Seniors Jules Scogna and Lexi Wescott were both accorded first-team honors on the 2021 All-State team. They were among the five Spring-Ford players named all-state from a unit that got as far as the PIAA’s quarterfinal round before being eliminated.

Scogna (21-2), a commit to Boston University, has dazzled with a 0.589 earned-run average and racked up 183 strikeouts against 14 walks. She departed the district semifinal loss due to cramping issues, which opened the possibility of Jess Fliszar getting meaningful mound exposure in the post-season.

Fliszar (1-1), a freshman, is evolving into a steady No. 2 pitcher behind Scogna. She pitched in the 1-6A third-place game — a 2-1 loss to Haverford High — and saw action in first two rounds of states. She has 44 strikeouts against nine walks and a 1.47 ERA.

Caitlin Ashley is the big gun of the Rams’ batting order, the team leader in all categories — a. 561 batting average, 37 hits, eight double, nine home runs, 41 RBI — among players with 20 or more games played.

Defensive play has also been a key component of the Rams’ success. That was particularly true in the North Penn rematch, where the team executed a pair of 4-6-3 double plays – Morgan Lester to Riley Gancasz to Maddie Williams – in the second and sixth innings and left fielder Ali Wescott made a spectacular diving catch for what would be the game’s final out.

“(Maddie) Williams made a big play on the one, a ‘jump shot’ to second base,” Tim Hughes noted. “You don’t practice plays like that. They just happen.”

“You couldn’t script them,” he added. “It’s all a bonus … turning plays against the defending state champion.”

The team faced injury-related adversity throughout the season: second baseman Lester was lost for 12 games with a broken hand and Lexi Wescott was out 10 games with a concussion. Additionally, Scogna has battled through a back issue late in the season.

To a greater degree, Seneca Valley overachieved down the stretch. The District 7 champion Raiders (17-6) were 5-6 through April 27, then proceeded to run the table on the way to the state’s 6A championship game — their first appearance there since 1992, when first-year head coach Marlesse Hames was the team’s pitcher.

“I think, with a brand new staff and me in my first year as head coach,” Hames said, “it was an adjustment period, getting the kids into their proper spots in the lineup. After that, we jelled as a team.”

It got past a pair of District 1 programs to secure its title run: A 1-0 win over Quakertown in the quarterfinals, followed by a 9-0 victory over Pennsbury Monday.

Seneca Valley’s offense boasts the power hitting of senior Maddie Gross, junior Mia Rya and freshman Lexie Hames, as well as the consistency of seniors Hayley Walter. Gross is a team leader in batting average (.506) and RBI (48) and a co-leader with Hames in home runs (14).

One challenge for Spring-Ford with this new experience is to not get overwhelmed by the magnitude of the task ahead. Hughes and his assistants are working to keep the girls from being too caught up in the emotions.

“Playing at this level, we’re downplaying it,” Hughes said. “If you think about it too much, you take on more of a burden.

“We don’t want the girls to let themselves get nervous. We want them to let the chips fall where they may … enjoy it, and have fun.”