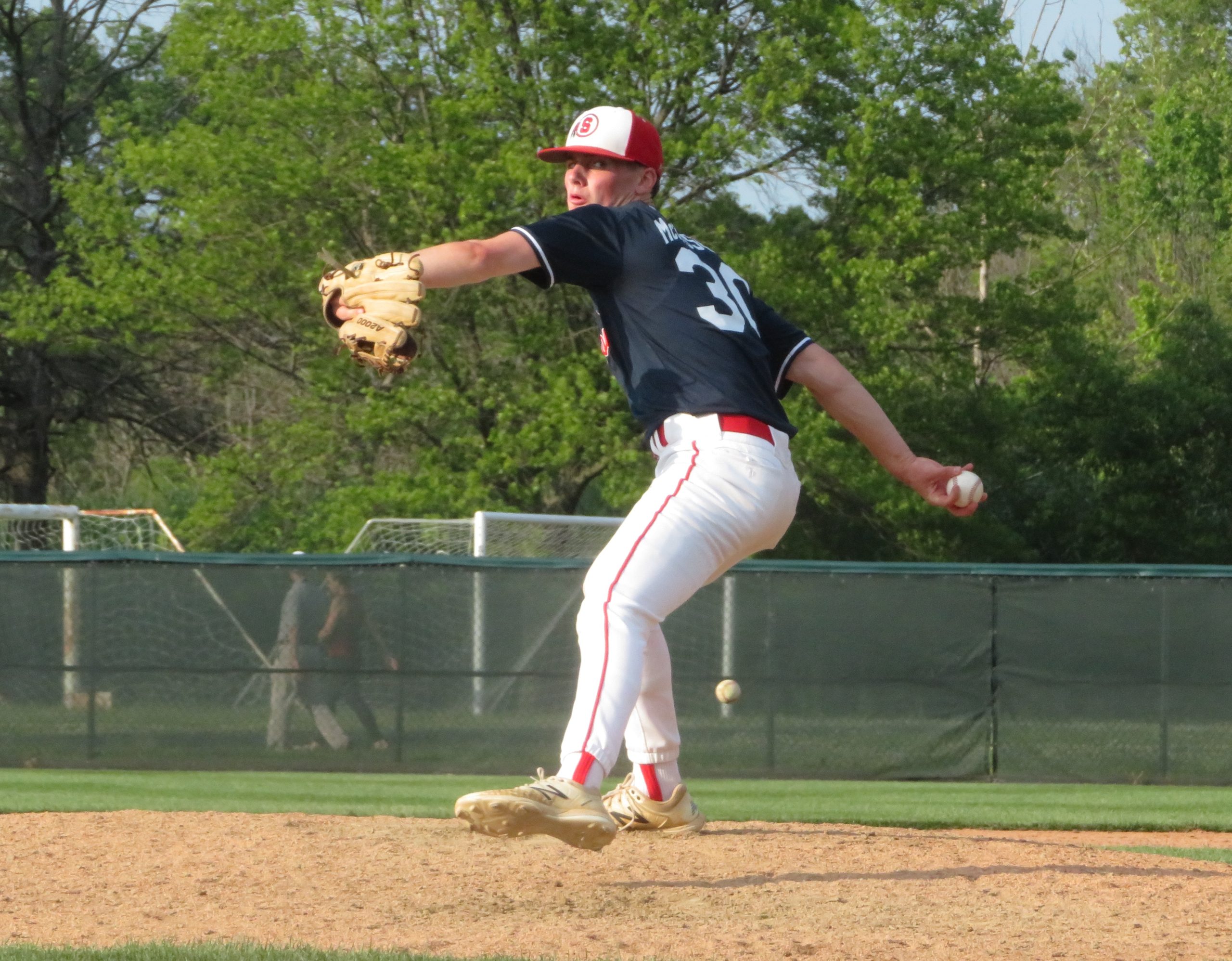 PHILADELPHIA >> On Tuesday, Shawn Townsend was a shortstop with no Carpenter Cup team.

On Wednesday, Townsend was a center fielder batting leadoff for Bucks-Mont in the first round of the 36th Annual Carpenter Cup Classic.

The Upper Moreland junior delivered the hit of the day when he sent a three-run double down the left-field line in the bottom of the fourth inning. The extra-base hit gave Bucks-Mont a five-run lead and highlighted a 7-3 win over Olympic Colonial at Showcase Field at FDR Park.

“He threw me a couple right down the middle. I think I was pretty late on that one pitch I sent down the line for the double.”

Townsend made a couple grabs in center field before Bucks-Mont switched its lineup in the middle of the fifth inning.

Bucks-Mont built a 3-0 lead in the bottom of the second inning. Nick Harley (Upper Dublin) reached on an error before Jared Levis (Upper Dublin) and Gartland singled to load the bases with no outs.

Joe Levis followed with a two-run single, bringing home his high school teammates to get the scoring started.

“I was just trying to put the ball in play, make something happen,” Levis said. “I didn’t want to strikeout, just hit it hard somewhere.”

Redmond followed by grounding into a fielder’s choice, scoring Gartland and beating the double play attempt at first base to make it 3-0.

Levis finished 1-for-1 with a walk, two RBIs and a run scored. Defensively, the Cardinals junior caught the first five innings for Bucks-Mont.

Sharing the same position as multi-time first team All-Suburban One League Liberty Division catcher Kyle Rizzo at Upper Dublin, Levis has had to “trust the process” while waiting for his opportunity and made the most of it Wednesday.

“I just want to play my game. No extra pressure or anything.”

Jack Picozzi (North Penn) hit a sacrifice fly to score Bucks-Mont’s seventh run in the bottom of the fifth.

Seven runs was more than enough for the Bucks-Mont pitching staff.

Lincoln Sharpe (Plymouth Whitemarsh) followed and threw 2/3 of an inning. He allowed one run on four walks with two strikeouts.

Alex Wilkie-Viscio (Plymouth Whitemarsh) allowed two runs in the sixth inning. He surrendered three hits and struck out one batter to no walks.

Will McCausland (Souderton) shut the door with perfect eighth and ninth innings. He struck out four batters, including all three in the ninth.

Bucks-Mont will face Mercer in the second round Friday at 2 p.m. back at FDR Park.