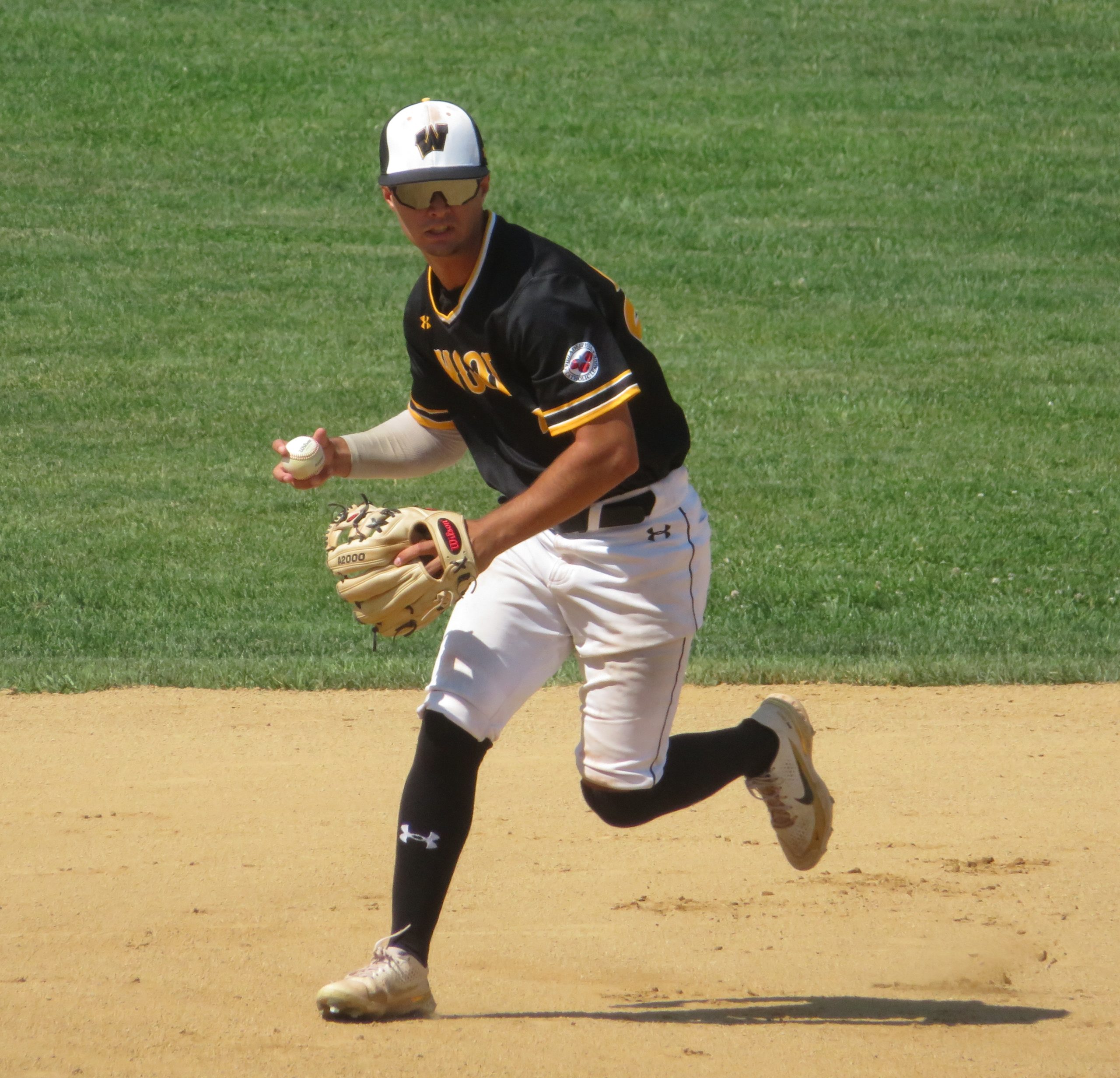 Despite coming up two wins short of their ultimate goal, it was a season to remember for the Vikings. They finished the year with a 20-5 record and won the District 12-5A championship while reaching the Philadelphia Catholic League title game and appearing in the program’s first state semifinal.

Between a non-league loss in the season opener and Monday’s Final Four loss to Selinsgrove, Wood won 20 of 23 games.

Some standout wins include two victories over defending PCL and PIAA-6A state champion La Salle College High School. The Vikings went to La Salle and beat the Explorers, 10-6, in the PCL opener on April 4 before completing the two-game sweep with a 6-1 win in the league semifinals at FDR Park on May 25.

Lefty Connor Woodson threw 4 1/3 innings in the semifinal win. He entered the game with Wood trailing 1-0 and held La Salle to three hits and no runs the rest of the way. Sean Slowinski led the offense, going 2-for-4 with four RBIs.

Wood also had a statement win over Neumann-Goretti, 13-2, on April 27. The 11-run road victory proved to be the difference in the end-of-season standings to give Wood the No. 2 seed at 10-2 while the Saints finished tied for third at 9-3.

Even in losses, the Vikings showed their improvement throughout the season. On April 25 they suffered their first PCL defeat, a 13-2 loss against Bonner-Prendergast. In a rematch for the league title on May 28, Wood played the No. 1 ranked team in the state much closer, losing 4-2.

The Vikings responded with a 10-0 win over Franklin Towne Charter for the District 12-5A title – their third straight district crown and seventh since 2014. They beat Strath Haven 5-4 in the first round of the state playoffs before blanking Manheim Central, 7-0, in the quarterfinals to punch the program’s first ticket to the semifinals.

“It’s certainly the deepest we’ve gone regarding the PIAA and the state playoffs,” Wood coach Jim Diguiseppe Jr. said. “That’s a real nice accomplishment for our program and our players.”

Trommer pitched Wood to its win over Strath Haven, striking out nine batters in six innings. Richie Bonino had a two-run single in the win and Aiden Myers a two-run double.

In the quarterfinal win, Justin MacCain threw six no-hit innings before Woodson completed the combined no-hitter by striking out the side in the seventh. Dariel Tiburcio went 3-for-3 with three RBIs and a run scored to lead the offense.

The Vikings seniors graduate with three seasons after losing 2020 to the COVID-19 pandemic. They reached the state quarterfinals as freshmen and juniors before this spring’s run to the semifinals.

Trommer was a first team selection as both a pitcher and position player. Myers joined him on the first team.

Slowinski earned a second team spot while Tiburcio was named to the third team.