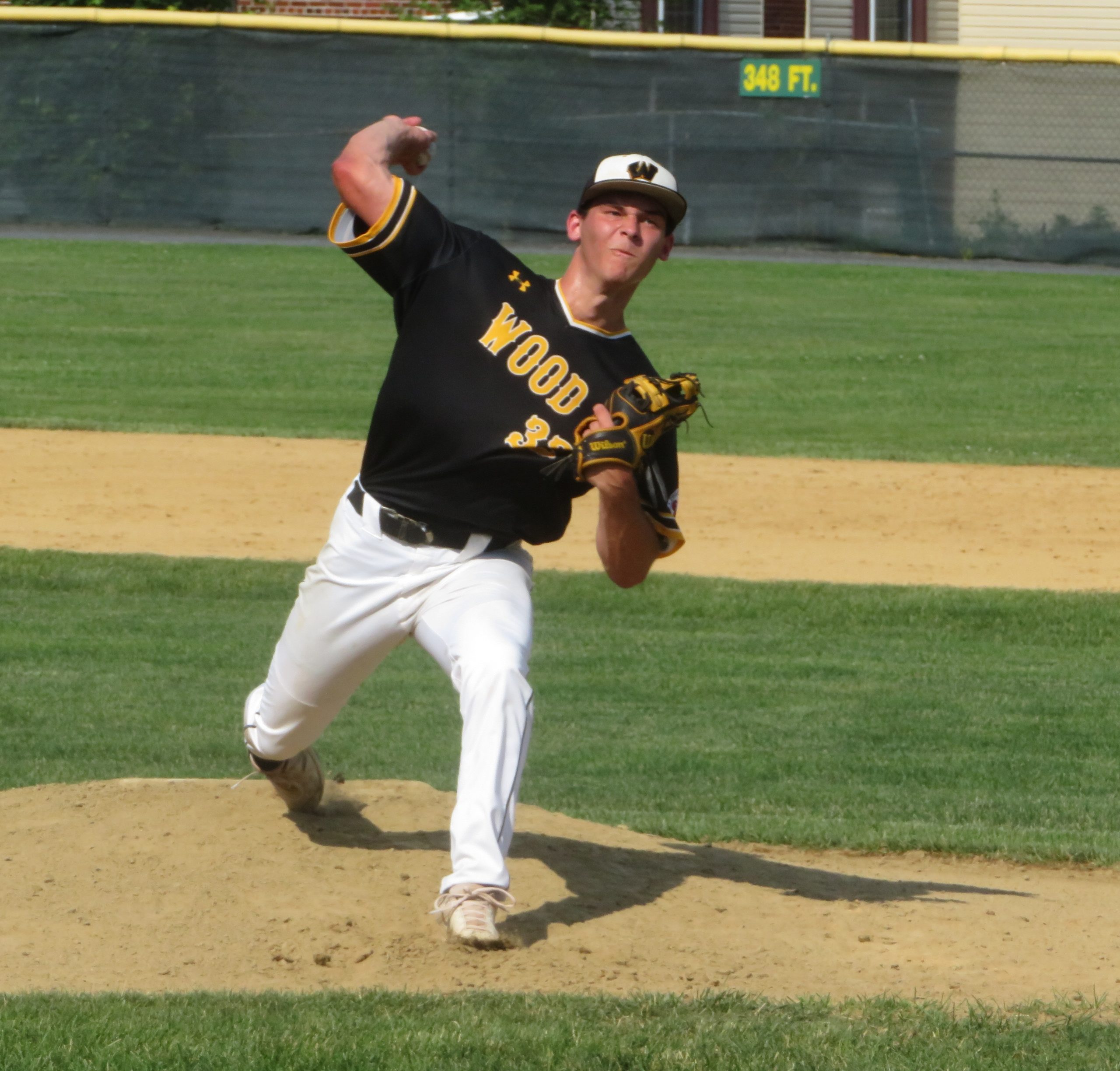 PINE GROVE >> Archbishop Wood pitchers got out of plenty of jams against Selinsgrove Monday afternoon.

Starter Michael Trommer left runners on first and second base in the third inning, the bases loaded in the fifth and runners on second and third in the sixth.

Reliever Connor Woodson left the bases loaded in the seventh and pitched around a leadoff single in the eighth.

The Vikings had a chance to get out of another jam in the ninth. With runners on first and second and no outs, the Seals got a hit that looked like the game-winner. It took a hop and hit the third-base umpire, which allowed third baseman Braden Kelly to throw the winning run out at home and extend the game.

The next batter hit a grounder to first base. A tough hop led to an error and the Vikings season ended with a 2-1 extra-inning loss in the PIAA-5A semifinals at Walter Stump Stadium.

“I thought we played a hell of a ballgame,” Wood coach Jim DiGuiseppe Jr. said. “It was two really, really good teams out here competing. The pitchers that threw today – I thought really did a super job for both teams. Both teams had some opportunities throughout. They got that situation right there at the end to score the winning run, but I thought our kids went out and competed all afternoon. We played our (butts) off and I’m super proud of them.

“We were in some jams there late with the pressure on us and we worked out of some situations there. You tip your cap to our guy in that situation for working out of it. I thought we competed throughout the day.”

Trommer threw six innings for (12-1) Archbishop Wood. He struck out three batters to no walks and allowed one run on five hits.

The only run he allowed was unearned and came in the sixth inning. He surrendered a leadoff single, but catcher Patrick McKinney picked the runner off first base. The ensuing hitter reached on an error and the pinch runner advanced to third on a one-out single. (4-1) Selinsgrove called a squeeze play that just beat the throw to the plate to tie the game, 1-1.

“I should’ve looked at the guy at third,” Trommer said. “Supposedly he was creeping down. I saw it come off his bat and tried to get there as fast as I could.”

Trommer got a grounder to first for the second out and a popup to first to strand runners on second and third and keep the game tied.

“Mike was fantastic today,” DiGuiseppe said. “He had good command of his fastball as well as his curveball today. He pitched his tail off for us and he gave us an opportunity to be in the game throughout. That’s all we can ask for is to get that type of effort from our pitcher on the mound.”

Despite both runs being unearned, the Vikings defense made plenty of plays to keep the game close. Center fielder Joey Gale made a diving catch in the first inning to save an extra-base hit while right fielder Dariel Tiburcio threw a runner out at home in the third. Left fielder Brian Klumpp made a leaping grab on a ball hit directly over his head to start the fourth inning.

“We made some nice plays,” DiGuiseppe said. “Dariel’s play – he guns the guy down at the plate – it happened earlier in the game. That’s a huge play right there. If not, we’re not even playing extra innings. He came up and threw a missile to the plate.”

“(The defense) was great today,” Trommer said. “They did everything I could have asked for. They had my back so I had to have their backs.”

Woodson took the loss in relief. In three innings the left-hander struck out three batters to two walks and allowed one run on three hits.

The Vikings offense couldn’t get anything going against Selinsgrove pitchers Ryan Reich and Teague Hoover.

Reich started and got a no decision. He threw 7 2/3 three-hit innings. He struck out 11 batters to one walk while allowing one run. In 1 1/3 innings, Hoover struck out three batters to no walks and allowed one hit to earn the win.

Wood took a 1-0 lead in the top of the third inning. Richie Bonino led off with a single and moved to second on Klumpp’s one-out walk. McKinney hit a two-out double to left centerfield to score Bonino, but Klumpp was thrown out at home.

The Vikings went down in order in the first, second, fourth, fifth and eighth innings. No baserunner reached second base outside of the third inning.

“They were definitely two good pitchers,” Trommer said. “Probably some of the better ones we’ve seen all year. The fastball placement – they were throwing in all game. A lot of us couldn’t get around on it, getting jam-shots or missing it. Props to them for throwing a really good game.”

Selinsgrove will face (7-3) Bethel Park, an 8-5 winner over (3-4) Donegal, in the state championship game Friday at Penn State University.