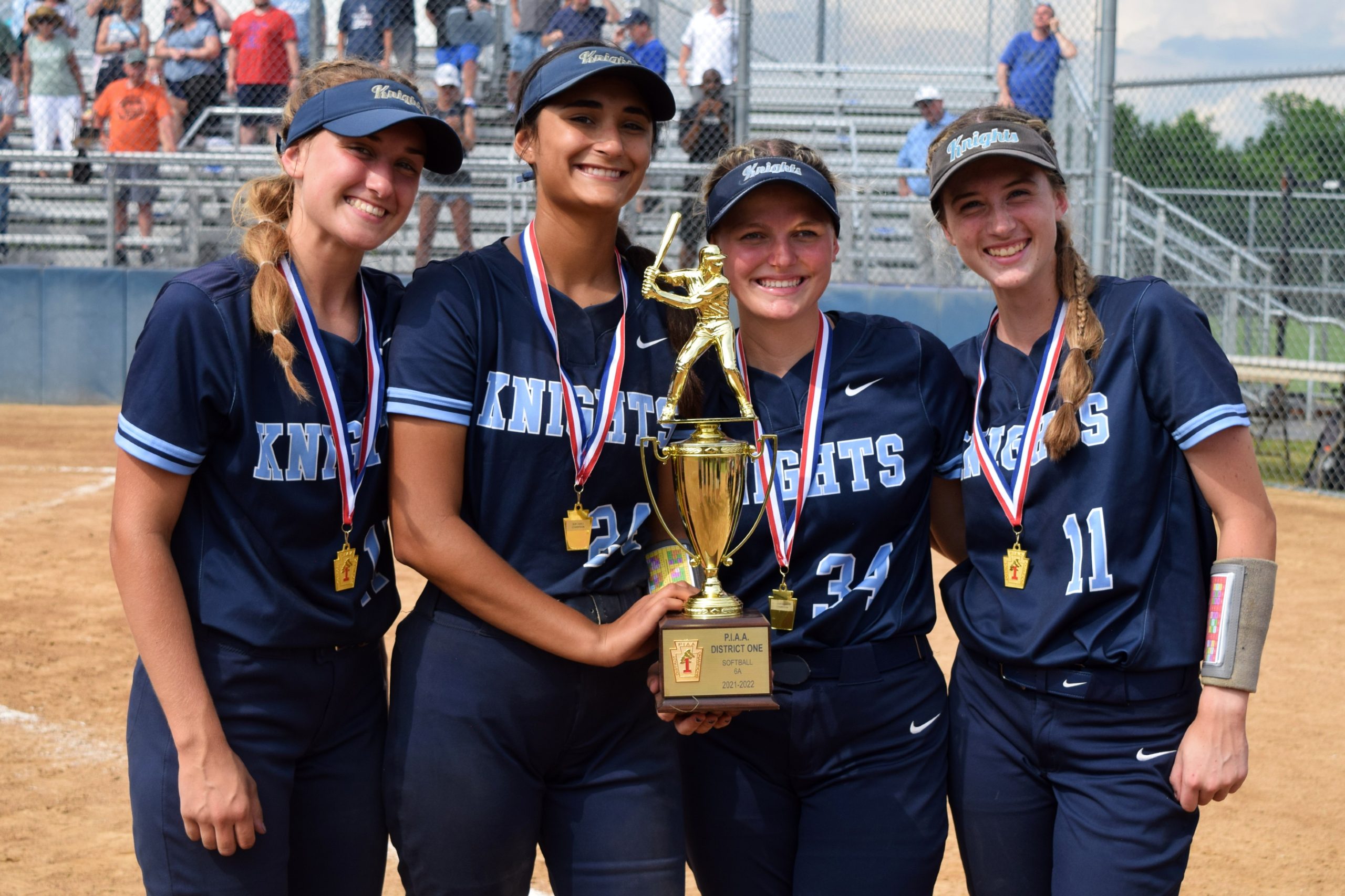 The North Penn softball team looks to continue its march to a second straight state title while the Archbishop Wood baseball team resumes its quest for the program’s first ever state crown.

The two local squads take part in the PIAA Semifinals on Monday.

The Knights travel to Boyertown High School for a 7 p.m. contest to take on area rival Spring-Ford in the PIAA-6A Semis.

North Penn is looking to enter some very elite company by week’s end.

Only one other squad in the big schools classification has repeated as state champs, and that’s going back to the tournament’s inception in 1975. Hempfield pulled off a three-peat from 2016-18.

The Knights are closing in.

North Penn reached the semis by virtue of a 5-0 win over Whitehall and a 10-0 victory in six innings over Williamsport.

Gatorade Player of the Year Julia Shearer continues to roll. She racked up 11 strikeouts and allowed just one hit in six shutout innings against Williamsport.

Shearer, Gianna Cimino, Maddy Gronback and Brie Wilmot all contributed offensively in a loaded lineup for the Knights.

Ellie Jarrell (3-for-4, double, three RBI) helped power the way for the Rams in the win over Penn Manor.

The winner of this final-four contest plays Pennsbury or Seneca Valley in the state final at Penn State on Friday at 4 p.m.

Wood poses after its PCL Semi win over La Salle on Wednesday, May 25, 2022. The Vikings are in the state semis Monday. Kev Hunter, MediaNews.

The Archbishop Wood baseball team is also within reach of making history.

The Vikings are out to win their first ever state title this week. Next up, Wood takes on Selinsgrove at 4 p.m. at Walter Stump Stadium in Pine Grove in the PIAA-5A Semifinals.

Wood got here by defeating Strath Haven 5-4 and then won 7-0 over Manheim Central.

Justin MacCain and Connor Woodson combined for a no-hitter for the Vikes while Patrick McKinney and Dariel Tiburcio continue to swing hot bats.

Selinsgrove, meanwhile, won a couple of nail biters, edging Susquehannock 1-0 and then prevailing 8-7 over Upper Dublin.

Tyler Swineford was the man of the hour for Selinsgrove, delivering the game-winning hit against UD.

The winner moves on to the state final at Penn State Friday at 4:30 p.m. against Donegal or Bethel Park.