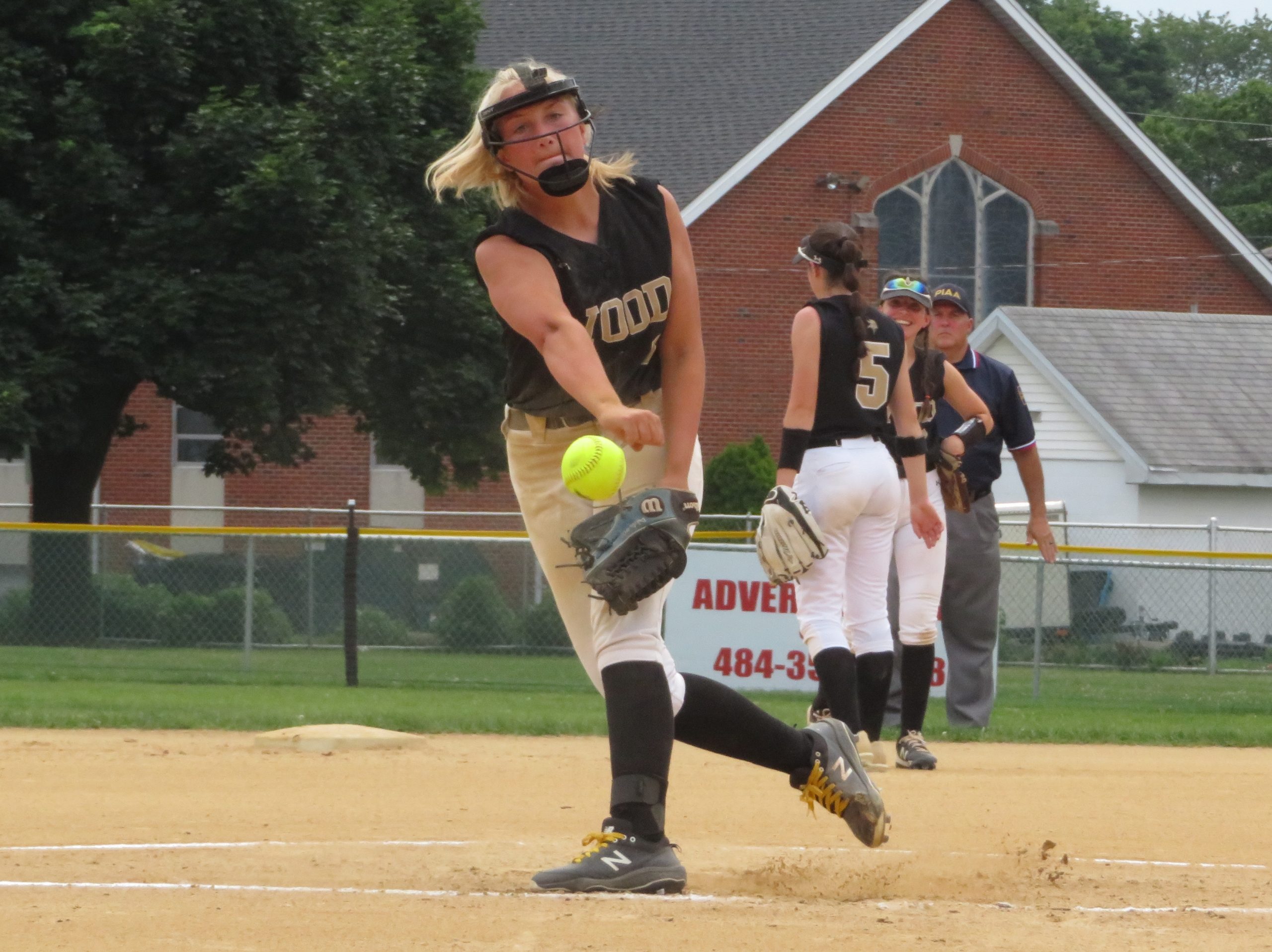 Pitching goes a long way in the softball state playoffs and strong performances in the circle helped three teams from the Reporter/Times Herald/Montgomery Media Area advance to the quarterfinals earlier this week.

North Penn, Archbishop Wood and Faith Christian Academy allowed a combined three runs in their first-round wins Monday. The Class-6A Knights, 4A Vikings and A Lions will rely on their pitchers and defense again Thursday to try to punch their tickets to the semifinals.

The Knights handled Whitehall in the first round, 5-0, while Williamsport beat Haverford, 7-1.

North Penn pitcher Julia Shearer did a bit of everything against Whitehall.

In the circle, the lefty threw a complete-game, two-hit shutout. She struck out 13 batters to no walks.

At the plate, the junior was 3-for-3 and tallied her 100th career hit. She got the scoring started in the first inning when she singled, stole second and raced to third on a defensive mistake before scoring on a groundout.

Sarah Sabocsik and Annabelle Smink each drove in two runs for the defending state champs while Gianna Cimino had three hits.

The winner advances to the semifinals Monday against the winner of (1-4) Spring-Ford and (3-1) Penn Manor.

The Vikings topped Big Spring, 5-2, in the first round while Tunkhannock edged Shamokin, 2-1.

Wood pitcher Dakota Fanelli threw a complete game in the first round, striking out seven batters to no walks in seven innings. She allowed two runs on eight hits as her team won its first state playoff game in program history.

The Vikings built a 5-1 lead in the third inning and Fanelli took care of the rest. Elizabeth James, Alyssa Miller, Parker Kraus and Maggie Devlin had RBIs while a double steal scored an additional run.

The winner advances to the semifinals Monday against the winner of (11-1) Bethlehem Catholic and (1-1) Villa Joseph Marie.

The Lions defeated Halifax, 2-1, in the first round while Montgomery edged Tri Valley, 1-0.

FCA walked off with the win thanks to an error in the bottom of the eighth inning against Halifax. Olivia Michalski grounded into an error and Kamryn Pepkowski raced home for the game-winning run.

Pepkowski was dominant in the circle. She threw all eight innings, allowing one run on five hits. She struck out 12 batters to no walks. Offensively, she went 4-for-4 at the plate and scored both runs.

The winner advances to the semifinals Monday against the winner of (2-1) Old Forge and (6-2) Glendale.