PIAA Class 6A Softball: Williamsport tough with two outs in win over Haverford 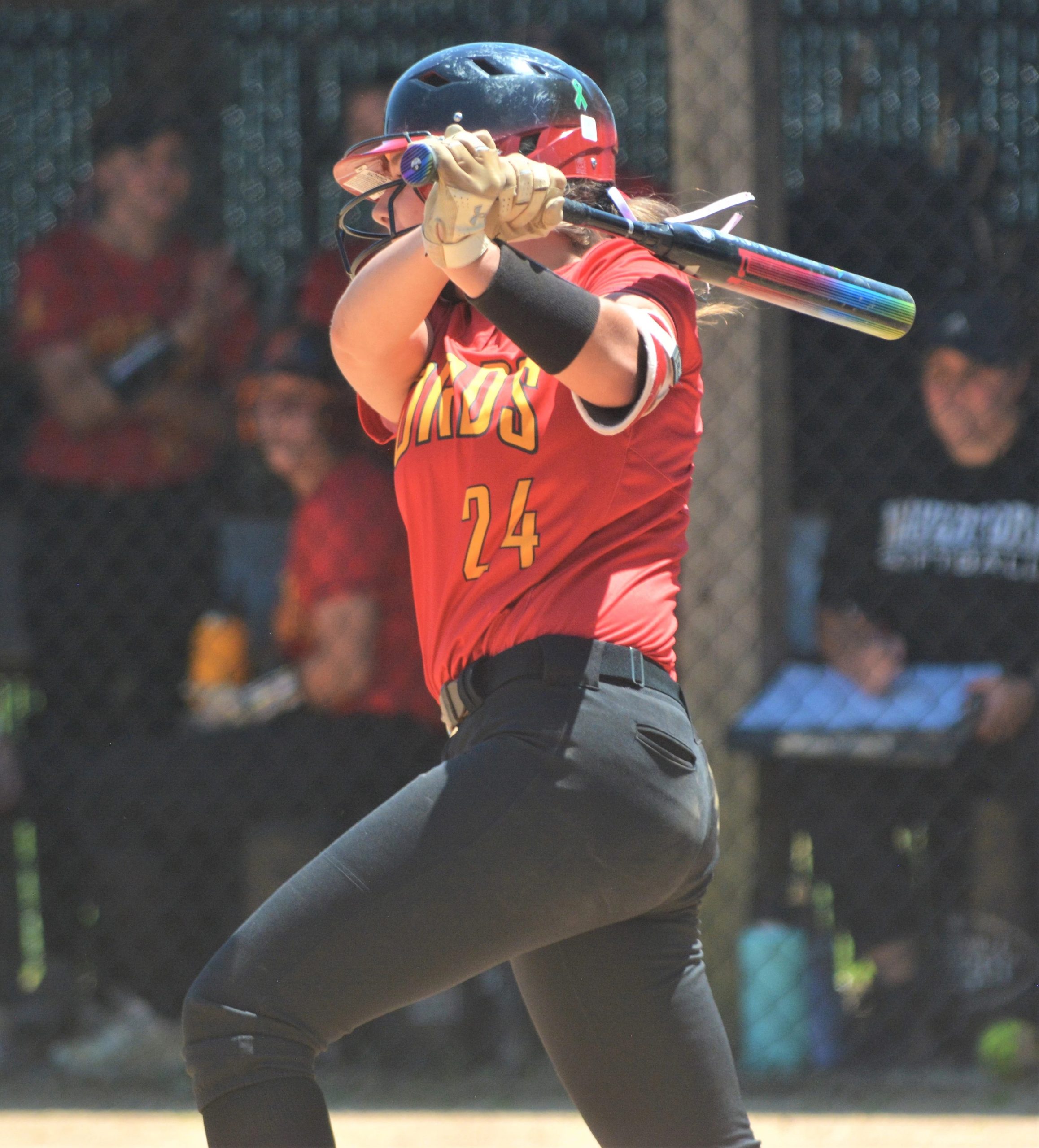 Haverford's Annabelle Knese follows through on a swing against Pennsbury in the District 1 semifinal last week. Knese had two hits Monday but it wasn't enough as the Fords fell to Williamsport, 7-1, in the opening round of the PIAA Class 6A tournament. (Kyle Franko/ MediaNews Group Photo)

Getting the first two outs was not a problem for Haverford in its PIAA Class 6A softball opener against Williamsport Monday.

Recording the final out in four of the six innings that the Millionaires came to bat proved to be troublesome.

Williamsport scored all of its runs with two outs to bring Haverford’s season to an end with a 7-1 victory over the Fords at Elm Park in Williamsport.

The Millionaires (16-6) get District 1 champion North Penn in Thursday’s quarterfinals. The Knights blanked Whitehall, the runnerup from District 11, 5-0. It’s Williamsport’s 19th appearance in the PIAA Tournament and first since 2012. It’s the first time the Millionaires have reached the quarterfinals since 2011.

Haverford (23-2) was looking to return to the state final, where it lost to North Penn last season.

Ali Chilson went 2-for-2 with two RBIs and two runs scored to pace the Millionaires. Kendall McAnelly also drove in a pair of runs.

Williamsport wasted no time getting on the scoreboard. Amalie Robertson drew a two-out walk in the bottom of the first inning and raced home on a double by Chilson.

Chilson made it 2-zip with a two-out solo homer to left field in the bottom of the third inning. The Millionaires then blew the game open with four runs in the bottom of the fifth inning. McAnelly belted a two-out, two run single to extend the lead to 4-0. Chilson scored on a wild pitch and Abby Mahon came home on a single by Robertson.

Meanwhile, Williamsport starter Taryn Reed held the Fords (23-2) in check most of the game. She allowed five hits, struck out three and walked one.

The Fords did get on the board in the top of the seventh inning. Annabelle Knese and Grace Ciochetto started the inning with back-to-back singles. Claudia Stuck grounded out to first to put runners at second and third. Madie Culbertson popped out to second base. Knese scored on a passed ball.

Shannon Gavigan walked to put runners at the corners but Reed got Sarah Hobley got on a ground out to end the game.

Knese had two of Haverford’s five hits. Pitcher Emma Taylor fanned 10 in the final game of her scholastic career.