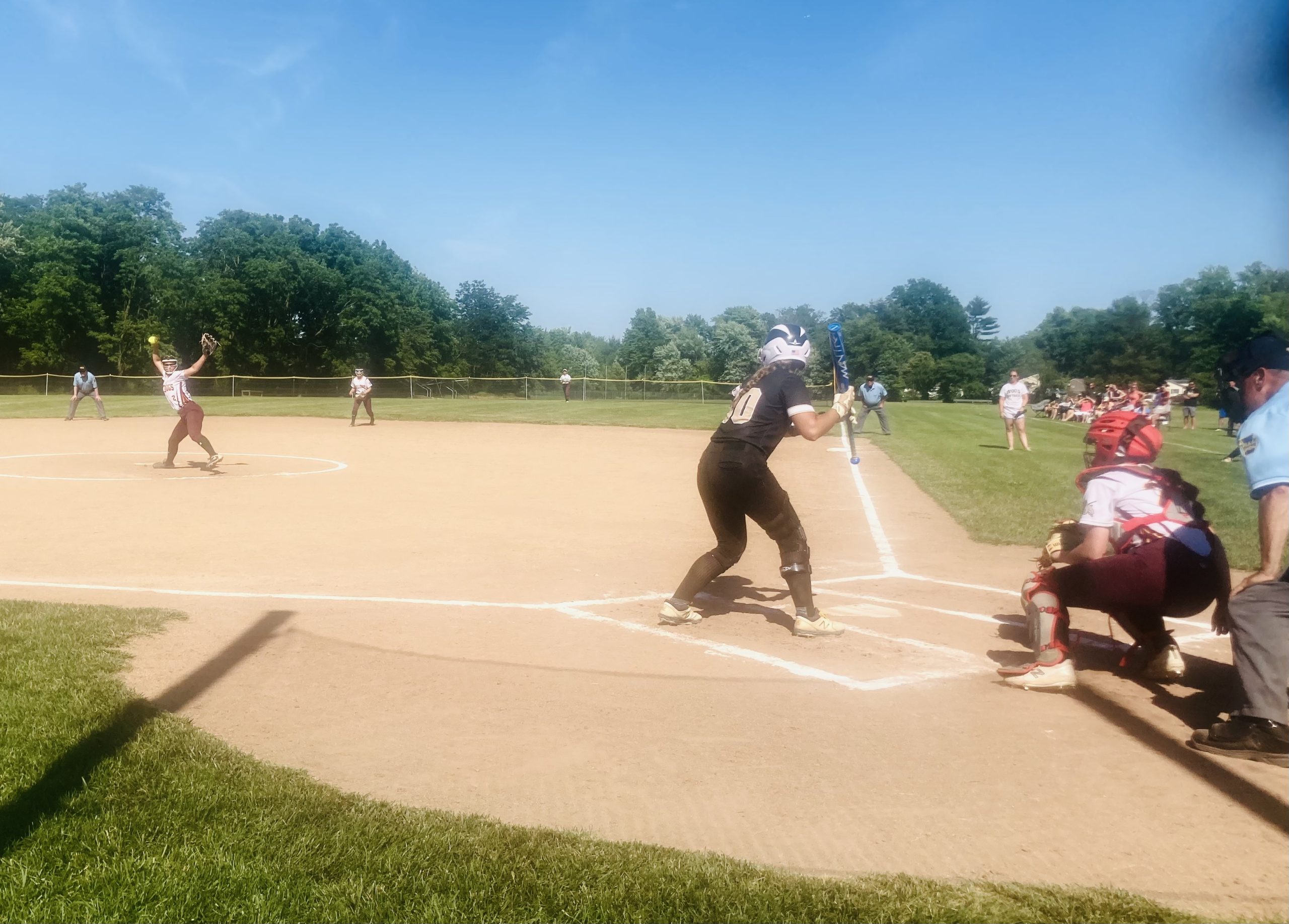 WARMINSTER >> In a season of firsts, Archbishop Wood stayed right on schedule.

The Vikings jumped out early and controlled things from start to finish on Monday, earning a 5-2 win over Big Spring in the PIAA-4A First Round, as Wood claimed its first ever state-tournament win in the program’s history.

“It feels great. We’ve been making history this year so it feels great,” first baseman Gianna Anzideo said of the win.

The victory advanced Wood to Thursday’s quarterfinals against the winner of Shamokin-Tunkhannock (Monday, 7 p.m.).

The Vikings made it happen in their second at-bat.

Anzideo, a senior, ripped a single to left to get it started. Maggie Devlin drew a walk and Riley Nolan singled to load the bases.

Elizabeth James drew a bases-loaded walk to score Anzideo and make it 1-0 Wood, and Alyssa Miller’s ground ball scored Devlin to make it 2-0.

Parker Kraus came through with an RBI single to widen the gap to 3-0.

Anzideo was on her way to a 2-for-3 performance with two runs scored.

“We were pretty consistent (with the bats),” Anzideo said. “We’ve been working on that all season actually and everybody really stepped up today. And adjusted very well.”

The Vikings got the early jump on Bulldogs starter Fallon Feaser.

Wood added to its lead in the third against Fallon and then Rylee Piper, with Devlin knocking in a run and a double steal plating another, pushing the lead to 5-1.

“That’s what we do. We have singles here and singles there and we put them all together,” said coach Jackie Ecker, who guided the team to Philadelphia Catholic League and District 12 titles this spring.

Pitching and defense did the rest for the Vikes.

Reserve Julia Yogis stepped in at second base and did a solid job.

Right hander Dakota Fanelli struck out seven and didn’t allow a run after the fourth to notch the win.

“Dakota pitched amazing,” Ecker said. “She got hit hard in her pitching arm in the (third) and she just battled through that the whole time. She didn’t wanna come out. She was still throwing strikes and making them swing, and that’s all I can ask for from her.”

Fanelli retired the side in the seventh, with Anzideo grabbing a line drive at first to end it.

“It’s so exciting,” Ecker said of the states win. “That was the goal. The goal, after last year’s (loss in the first round), was to come back and get this win.

“We came back as an entire team. We didn’t have any seniors last year. And the leadership on this team is just amazing.”