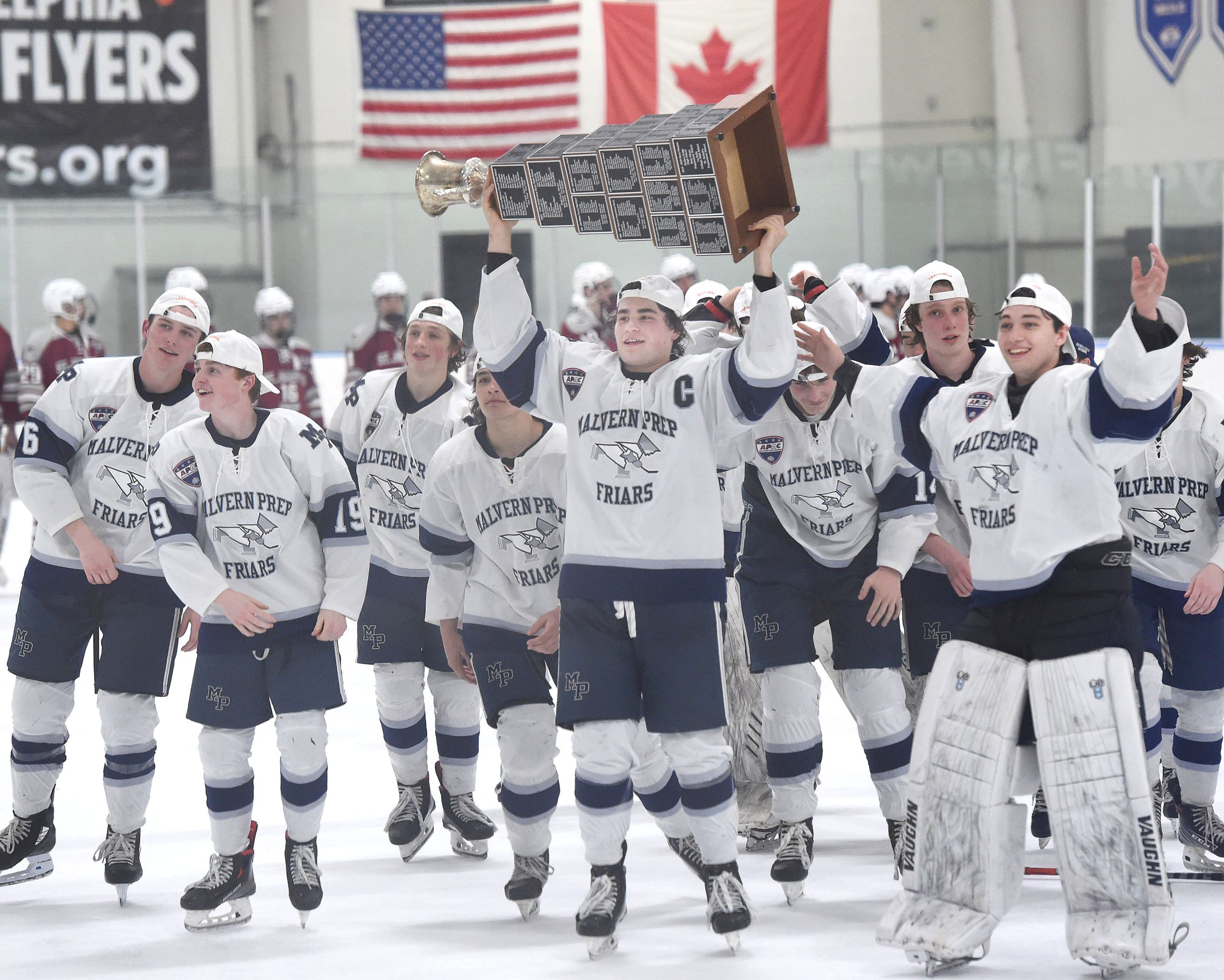 Off the ice, Malvern Prep’s Matt Harris is a quiet, unassuming person, but on that shiny sheet of frozen water, his game screams superstar.

His ability helped lead Malvern to defend its Flyers Cup title and reach the state final, helping him to be named the Daily Local News All-Area Ice Hockey Player of the Year.

“He’s a quiet kid, but his game found the next gear this year,” said Malvern coach Bill Keenan. “He got more vocal and provided leadership that was valuable.”

Harris took over in the playoffs and guided the Friars to the league title, then past St. Joseph’s Prep, 6-1. He recorded a hat trick and an assist to repeat as Flyers Cup MVP.

“It was a very good year,” said Harris. “We had the passion to want to win again. The team worked hard and played well to defend the Flyers Cup.

“It was awesome to win the MVP again. My teammates helped greatly in that and I thank them and my coaches.”

Harris assisted on the first goal by Pierre Larocque early in the opening period that sent Malvern on its way. He recorded a hat trick — the final goal being a shorthanded marker for the sixth, and final goal.

“It was a great feeling,” he said. “We were dialed in and to get a hat trick, it was great.”

The only blemish on Harris’ and Malvern’s season was when they lost to Peters Township in the Pennsylvania Cup final, a defeat that took Harris some time to get over.

“It took a decent amount of time,” he said. “It was difficult losing, we wanted to win for the seniors and to defend our title.”

Harris had a very good junior season and took his game up another level in his senior season.

He tied for second in the Atlantic Prep Athletic Conference in scoring with linemate Jimmy Jacobs with 23 points.

Despite the the amount of goals he scored, Harris said that shooting is not the foremost thing on his mind.

“I have a quick shot, but I’m more of a pass first player,” he said. “I like finding my teammates and helping them get open.”
“Matt thinks pass first, but he has a heck of a shot,” added Keenan. “People think he is just a goal scorer, but he is a playmaker also. And that’s what make him so dangerous on the ice. You can’t overplay him, because he can fine his linemates open and get the puck there.”

As for his favorite memory of the season, it take him very long to serve the obvious answer.

“The Flyers Cup, definitely,” he said. “That was a win I would remember for a long time.”

Next fall, Harris plans on enrolling at Drexel University, where he expects to play for the Dragons.