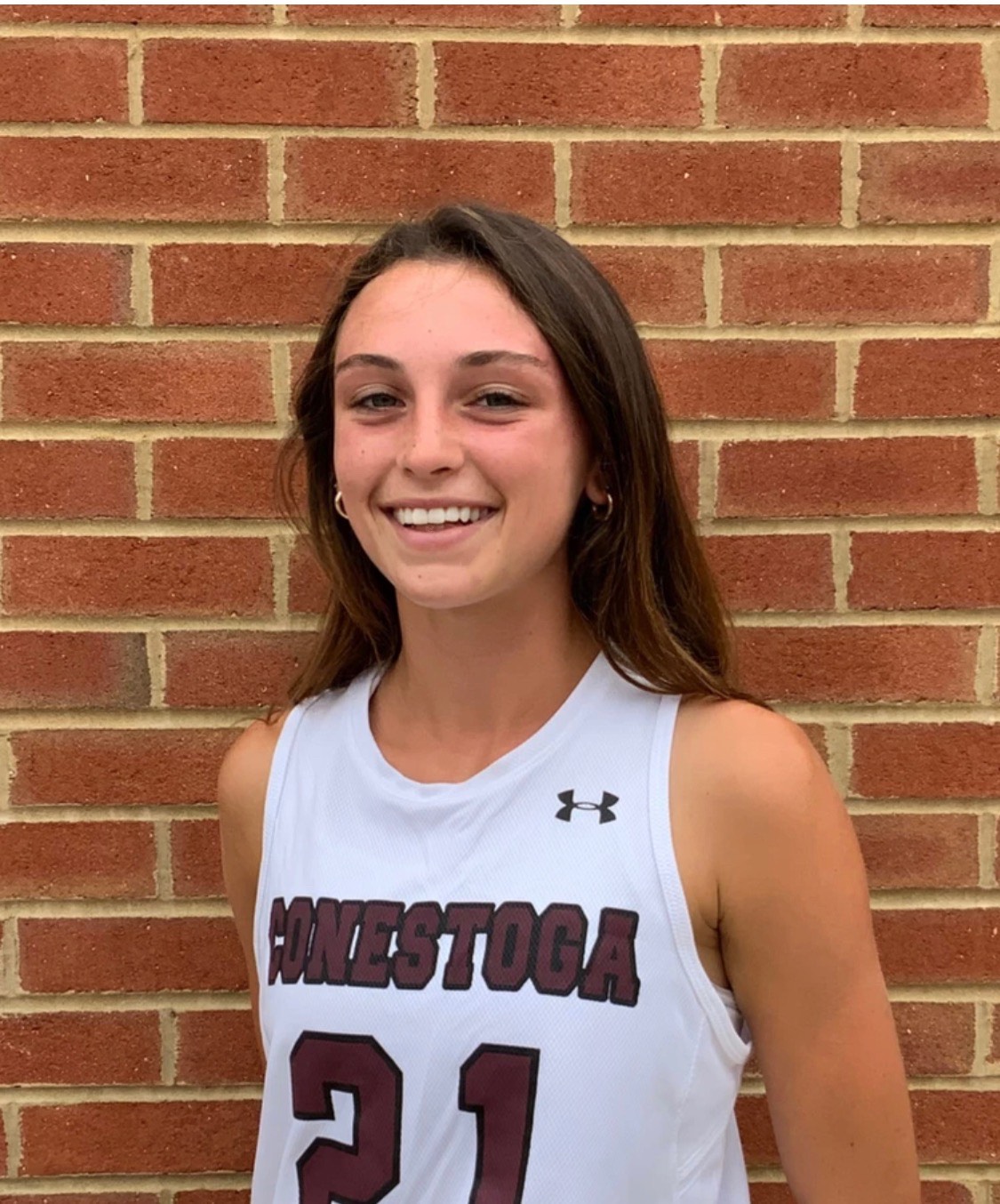 BERWYN >> A mark of a good team is winning while not playing your best. The Conestoga girls lacrosse team may not have it the way they are used to, but the finish was.

The Pioneers recovered from a slow start with a second-half natural hat trick from Kate Galica, then held off a late rally to edge Downingtown East, 8-6, in the first round of the PIAA 3A Girls Lacrosse Championships on a hot Tuesday at Teamer Field.

Conestoga (21-1) goes on to face Radnor in the quarterfinals Saturday at a site and time to be determined.

The offenses started slowly for both teams as the two defenses created turnovers and limited scoring opportunities.

The start was much different than when the teams met in the district quarterfinals, which Conestoga won, 15-5.

The game went almost 11 minutes before seeing its first goal, as midfielder Lexie Conte put the Cougars on the board with 14:15 left in the half.

“Our defense started amazing this game,” said Downingtown East senior midfielder Nickie Prendergast. “We actually lost to Conestoga the last game by around 12, so coming into this game our hopes were not as high coming into the game, but we were ready to put up a fight. That’s what we did, especially defensively.”

Kiki Liebezeit scored two minutes later to knot the game at 1-1. ‘Stoga took a lead off the ensuing draw as Ellie Wisch scored from a pass by Galica.

Eileen Hewitt scored the first of her two goals on the evening with 9:05 left in the half to tie the score at 2-2.

It stayed that way until with 29 seconds to go, Wisch whipped in a shot to make it 3-2.

But, East came right back and evened up the game as Sofia Fanelli scored to send the game into halftime tied at 3-3.

“I think we started out great,” said Downingtown East coach Kelli McIntosh. “We held them to no goals for the first 10 minutes. I think we came out strong and we had a much better start than the previous time we played this team.”

The result left the Cougars (14-8) with the belief that they could pull off the upset.

“Spirits were high at halftime,” added McIntosh. “The girls knew that this was the pace that we wanted as long as we played together and believed in one another, we had a chance.”

“We were pretty confident at halftime,” added Prendergast. “We were excited coming off [the field]. Being tied at halftime to a team like Conestoga is really exciting.”

Melissa Hewitt put Conestoga back into the lead seconds into the second half. Downingtown East tied the score for the fourth, and final time, on a goal from Conte.

Conestoga took the lead for good, and started a run of four straight goals as Piper Kienzle got it going with 19:47 left.

Then, Galica took over. Three goals in eight minutes lifted the Pioneers into an 8-4 lead with five minutes left.

The Cougars fought back with goals from Hewitt and freshman Riley Marks to cut the deficit to 8-6 with 2:18 left.

Conestoga won the ensuing draw and ran out the clock to ensure themselves a place in the state quarterfinals.

Though the Cougars were eliminated, they can be heartened in the fact that they’re a young team with lots of talent on the roster.

“I think we had a great season. This is a really, really good team,” said Prendergast. “This is a younger team, so I’m confident this team will continue to do well. Especially, this season, our team chemistry has been on point. We worked through a lot of injuries and illnesses and put up a good fight against every team we played.”