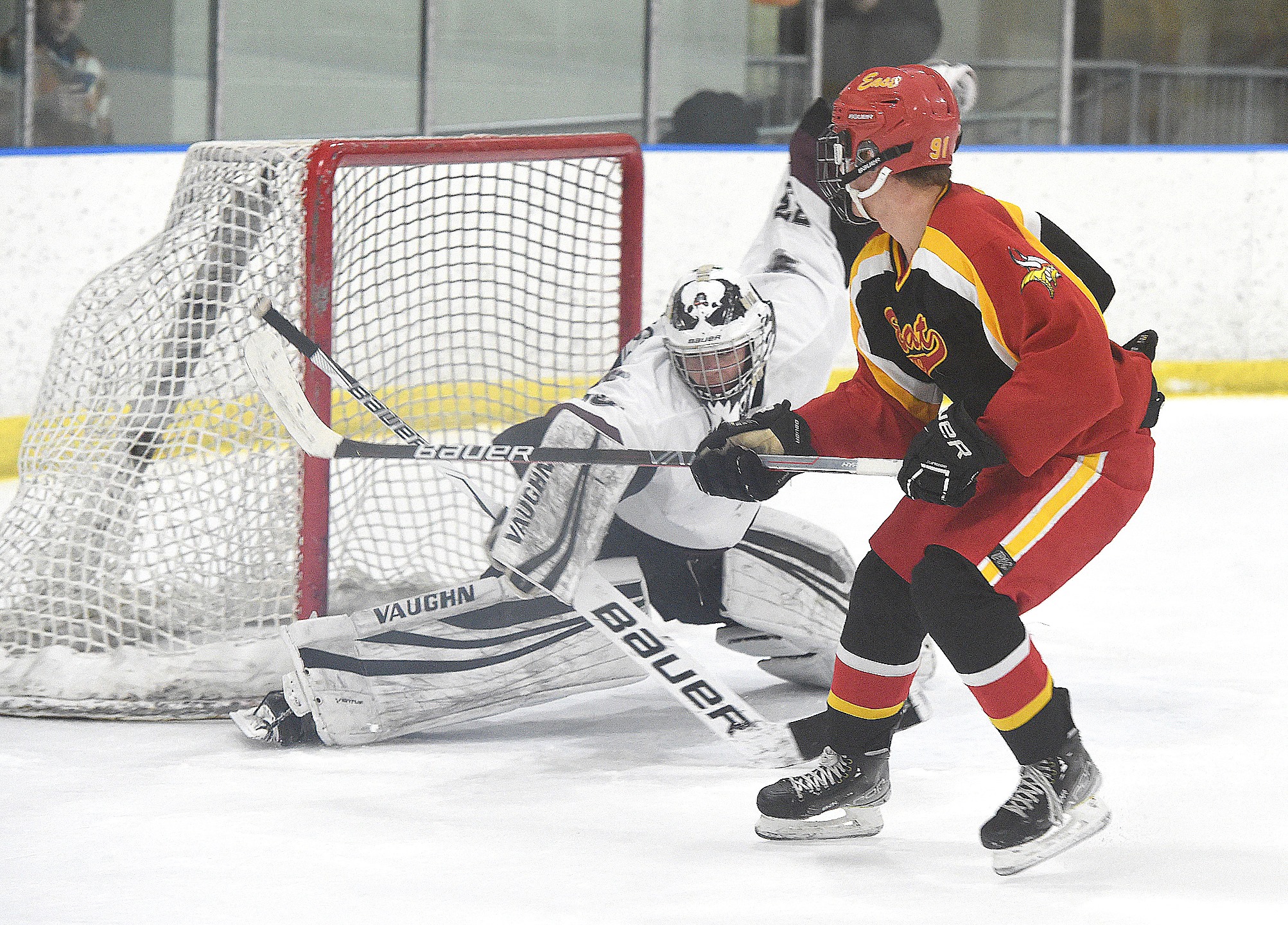 First Team
F – Dominic Mascieri, Jr., Conestoga ‑ The junior was second in the Central League in points (40) and goals (23) as the Pioneers were able to finish third in the league. He also tallied 17 assists and scored some vital goals on the season, including the game-winner against Springfield (Delco) to hand them its first league loss.

F – Danny Tirendi, Jr., West Chester East – The speedy junior was among the Ches-Mont leaders in scoring (26), goals (18) and assists (18). Tirendi scored a goal for East in the Flyers Cup final against Springfield (Delco).

F – Jimmy Jacobs, Jr., Malvern Prep – Playing on a line with Matt Harris, Jacobs proved steady scoring all season. He had 11 goals and 12 assists in 11 league games, averaging over than two points a game. He registered a goal and two assists in the Flyers Cup title game.

D – Michael Cardarelli, Sr., West Chester East – The captain of the state champions, Cardarelli provided stability and scoring from the back end. He had three assists in the Flyers Cup final. “There really are no words to describe it,” said Cardarelli after beating Henderson in the Ches-Mont final. “It’s my third, it’s my senior year. It’s something I’ll remember the rest of my life. The guys in this (locker) room are amazing guys. It was a team effort tonight.” Cardarelli led the league in points (30) and assists (21).

D – Quinn Dougherty, Sr., Malvern Prep – The senior captain was a steady presence on the backline. He was a force on both ends of the ice. Dougherty had a pair of helpers in the Flyers Cup win over St. Joseph’s.

G – Anthony Perti, Sr., Malvern Prep – The senior proved to be one of the best goalies in the area. He stopped 30 of 31 shots in the Flyers Cup final. For the season, Perti recorded a 2.20 goals against average and .922 save percentage.

The man behind the historic season for the Vikings, Wolf guided them to an undefeated in which they won most of their games in dominating fashion. East won the Ches-Mont title in convincing fashion and moved on to roll to the Flyers Cup title, beating Springfield (Delco), 6-2. They capped the undefeated season by downing Norwin to defend they Pennsylvania Cup championship.

“I think we’re standing in it,” said Eric Wolf, head coach of West Chester East, asked for the reason West Chester area hockey has been able to dominate. “It’s nice to have a hometown rink. Henderson, Rustin, us — it’s a huge advantage.

“When Rustin was winning, depth was their strength, and I think it’s the same story for us.”