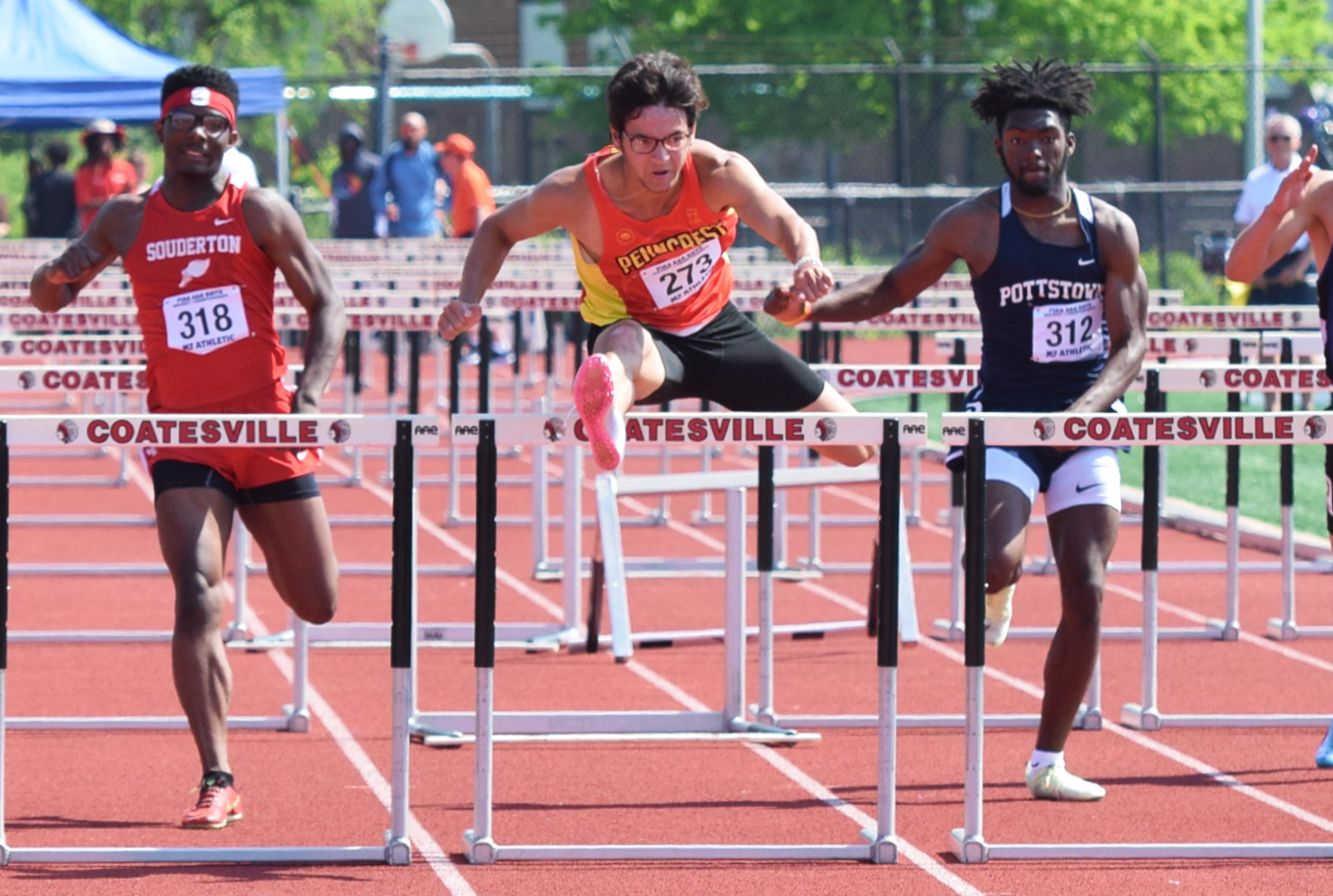 SHIPPENSBURG — Gabriel Zwilling made a bold prediction at the Penn Relays last month, vowing he and his 4 x 800-meter relay teammates were going to break the Haverford High School record in the event sometime this season.

Zwilling, Ethan Fingerhut, Quentin Ryan and Patrick Lawson made that goal a reality amid a second-place finish in the Class 3A boys 4 x 800 relay at the PIAA Track & Field Championships Saturday at Seth Grove Stadium.

The Fords finished in 7:45.59 to claim the silver medal and break the Fords’ mark of 7:46.69 that had stood since 2001. It also equaled the best finish by a Delaware County team in the event since Radnor was second in 2019.

“I told you we were going to do it,” Zwilling said.

It was a fight to the finish and the Fords nearly came away with the gold medal. State College, Haverford and Butler went back-and-forth until the Little Lions and the Fords made it a two-team race. Haverford was in second place when Zwilling gave the baton to Ryan on the second exchange. Ryan didn’t waste any time taking the lead. He passed Trent Dinant of State College in the first 100 meters and stayed in front until he handed the baton off to Lawson for the anchor leg.

“I just went out fast,” Ryan said. “I knew we were going for time so I tried to go out as fast as I could.”

Lawson, who finished fourth in the 1,600 on Friday, maintained the lead for most of his first lap, but State College anchor Sean Adams proved to be a tough customer. He moved past Lawson with less than 100 meters to go in the first lap and held off a late charge from Lawson to claim the gold medal in 7:45.46.

“I should not have let it get that big of a gap on the second lap,” said a disappointed Lawson.

Ryan and Zwilling were quick to comfort their teammate before the Fords left the field.

“Even though we got second we’re still proud that we broke the school record,” Ryan said.

“We ran well,” Zwilling added. “We ran what we wanted. We’re happy with it.”

Daniel Munro had a simple goal when he arrived in Shippensburg for the PIAA Track & Field Championships. All he wanted to do was perform and run good races.

The Penncrest senior accomplished both goals and came away with a pair of medals when he added a bronze medal in the Class 3A hurdles Saturday morning to the silver he won in the pole vault Friday afternoon.

Munro was sixth in the 60-meter hurdles and third in the pole vault at the indoor state championships. He had a personal best vault of 15-6 Friday and ran the second-fastest 110 hurdles of his career Saturday with a time of 14.61 seconds.

And he ran that hurdles race with a sore hamstring.

“I slammed it into a hurdle (Friday) and it’s been hurting ever since,” Munro said. “I felt it in the pole vault yesterday, but it wasn’t bad enough to do anything about it. Today I just couldn’t get anything right.”

The hamstring did not prevent Munro from picking up his second medal of the competition, this time a bronze.

“I ran good races,” Munro said. “That’s my second fastest (high hurdles) race ever and I kicked three, maybe four hurdles. I thought I was running conservative. I was scared of my hamstring the whole time. In the two runouts we got I slammed it again. I think I ran great.”