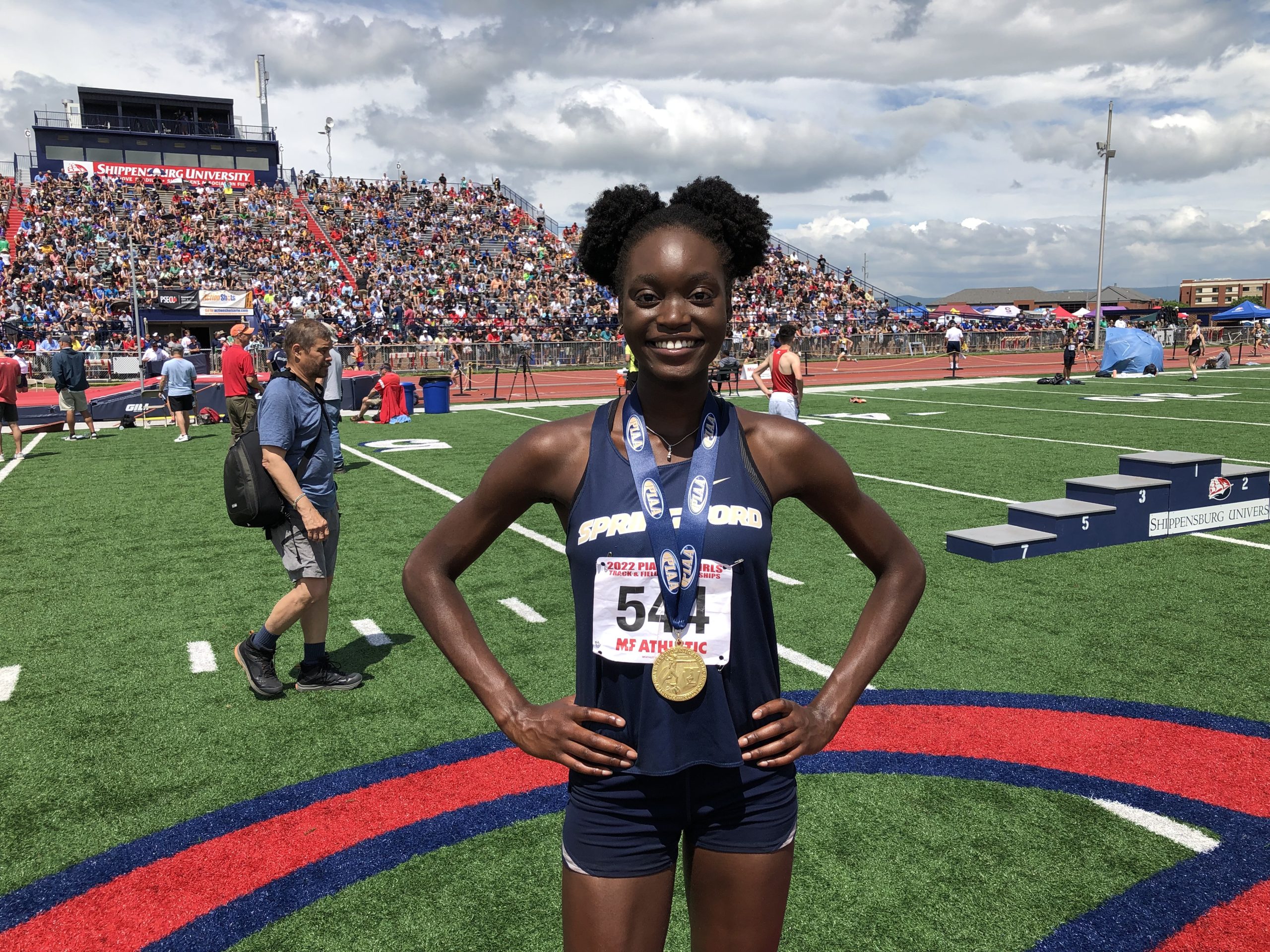 SHIPPENSBURG >> Spring-Ford senior Nene Mokonchu captured the PIAA medal that had eluded her for three years on Saturday.

After coming up empty in her first two outdoor state track and field championships, Mokonchu won gold in the Girls Class 3A long jump on the second day of the PIAA Track and Field Championships at Shippensburg University.

Mokonchu won the first outdoor state medal of her career with a career-best jump of 5-10. She won gold in the high jump at the indoor state championships this past winter.

Along with Mokonchu, Gormley placed tied for fourth in the high jump with a jump of 5-4. At her first state championships, Gormley was thrilled to compete and take home a medal.

“It feels really good,” Gormley said. “I was just happy to be here in the first place.”

Owens also made a splash in her championship debut, finishing fifth in the 300 hurdles at 45.93. She entered the event seeded sixth.

“It means a lot because this is my first year doing this event,” Owens said. “To get this far is really surprising.”

Originally a 100-meter hurdler, Owens transitioned to 300 hurdles this season. She said she hopes to build off of her medal-winning performance in her final two years of high school track and field.

“Just being here, the experience is really cool,” Owens said. “(I was) just focusing on myself and running my own race.”

Four other Vikings brought home medals, as the 4×800 relay team made up of juniors Lily Tremba, Abrielle Schweitzer, Sydney Fitzpatrick and Summer Watts finished eighth. The state medal was the first for the relay team, which had been competing together for the last three years.

“We’re so excited,” said Watts, who ran anchor in the relay. “We were just happy to be here for the opportunity, so getting a medal made it even better.”

The Vikings entered the event seeded seventh. According to Watts, the camaraderie between her and her teammates pushed them to win a medal.